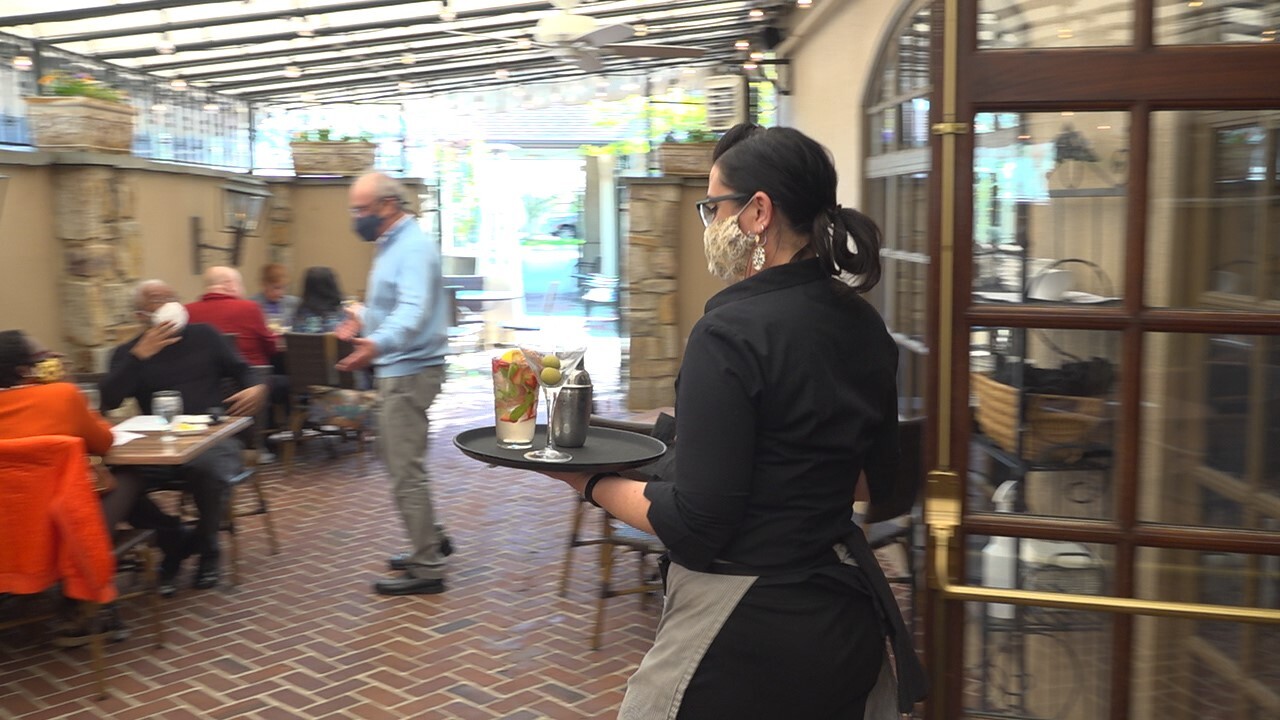 Big Apple restaurants can only serve half their pre-pandemic indoor capacity — and yet they still don’t have enough help to make it work.

Eateries are getting crushed by a shortage of workers both in kitchens and on the floor despite sky high unemployment and a growing vaccination effort. It’s part of the national hiring crisis in many industries, which The Post’s Lisa Fickenscher reported this week.

"It’s  as bad as I’ve ever seen in my 17 years in New York," said Bernard Collin, a partner in the Upper East Side’s Orsay, La Goulue and Bar Italia. He blamed much of the labor shortfall on "government assistance where people would rather stay home and pocket their cash."

Those out of work can receive $805 a week between New York State Unemployment Benefits and the Federal Pandemic Unemployment Compensation.

The Restaurant Group owner Jeremy Wladis, who oversees new Hachi Maki, Good Enough to Eat and Harvest Kitchen, echoed, "Nobody wants to leave their couch. The American public has gotten so used to doing nothing."

Others blame the difficulty in hiring on lingering COVID-19 fears and last year’s exodus from town of employees who previously worked in restaurants to support their now-paused show business careers.

Stephen Starr, who owns nine Manhattan places including giant Buddakan and Clocktower, said, "We had people leave for places like Lansing, Michigan. Our chef at Electric Lemon [at Hudson Yards] moved to Milwaukee, where his wife’s family is."

Nobody’s more aware of the problem than Rick Camac, owner of Tribeca’s Kitchen on Church Street – and also the dean of restaurant and hospitality management at the Institute for Culinary Education.

The situation "is killing us," he said. He had to close Tribeca’s Kitchen on Mondays and Tuesdays because "we can’t find enough people to fill a seven-day week."

Thanks to his longtime involvement in restaurants and his educator’s role, "I’m extremely networked in the business," he said. But when he recently trolled for a general manager, using his vast contacts to reach out to 250 people, "We got back zero responses," he said.

Unable to find a suitable host for the three-level eatery, he’s had to place a top manager to man the reception stand – "but then he can’t oversee our three floors," Camac said.

Mermaid Inn owner Danny Abrams reopened his fish place on Amsterdam Avenue, but due to "trouble finding servers, cooks and bussers," he’s serving only 70 people outside at a time. "We could easily do 40 more,"  he said, but there’s not enough help.

He’d like to serve all his legally permissible seats indoors and out, but he’s short five kitchen staff, two dishwashers, seven servers, a bartender and three bussers.

A looming other problem:  "We plan to reopen three other Mermaids in the next month and a half but I don’t know how we’re going to do it."

Orsay’s Collin said, "We tried to hire on every possible platform – restaurant job sites, Facebook, whatever. People call, they make appointments – and then don’t show up. We’ve even thought about offering signing bonuses" to lure employees.

But mega-operator Starr beat him to it.

Without enough staff, "Our people are working like crazy, working tons of overtime. Eventually there will be consequences. People will burn out, people will quit.

"So we try clever ways to entice people" to sign on. We’re giving $300 signing bonuses at some places and we may have to expand it."