The stock market rallied Thursday morning after the better-than-expected import data from China. 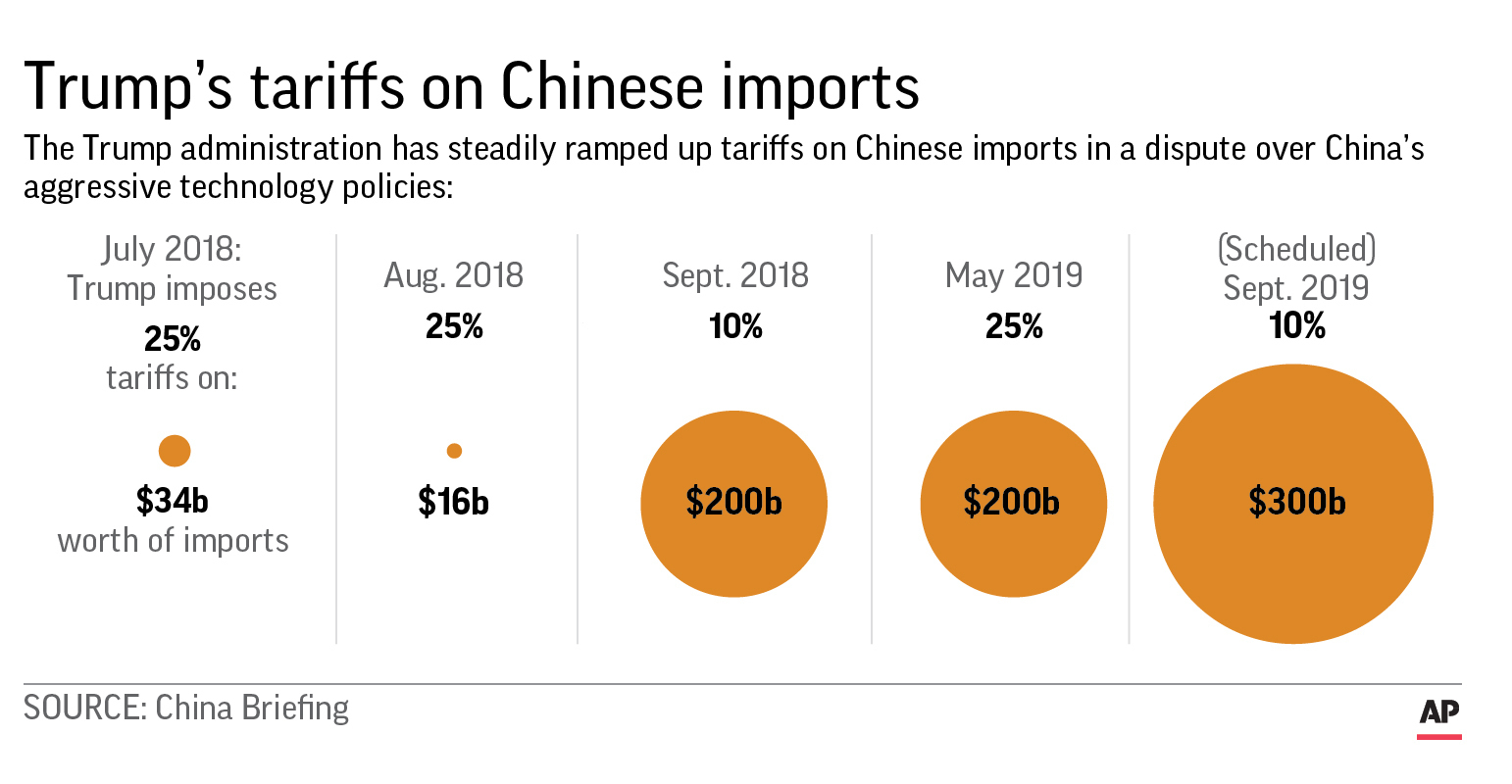 But the Wall Street Journal wrote an op-ed saying Navarro's encouragement of Trump to impose new tariffs on China have caused what they dubbed the "Trump-Navarro trade-policy slowdown." Navarro refuted those claims Thursday.

"It's no secret the Wall Street Journal has opposed President Trump's trade policies going back to 2016," Navarro told FOX Business' "Mornings with Maria." "When the mainstream [Wall Street] Journal starts criticizing President Trump and myself, that's when we'll worry."

Navarro went on to tout how many jobs the administration has created since Trump took office, including the reduction of people on food stamps and in the unemployment line.

"This economy is solid as a rock," Navarro said. "President Trump doesn't want a very good economy, he wants a great economy."

This economy is solid as a rock.

Navarro said two things need to happen to ensure the economy continues to improve -- both which have nothing to do with China: the Federal Reserve lowering interest rates and Congress passing the United States-Mexico-Canada Agreement.

"Let's stay focused on what is a bullish, strong economy," Navarro said. "We just need to move forward. We have a rock-solid economy based on the four points of the Trump policy compass: it's tax cuts, it's deregulation, it's cheap energy and a level playing field on trade."

Let's stay focused on what is a bullish, strong economy.

But there is a worry the new trade policy will unwind all the economic improvement the country has seen. However, Navarro says the administration continues to work with the Chinese to fix their structural issues to create a fairer trade playing field. He also bragged about the lack of inflation to speak of in this current economy, which means there's room to grow with lower interest rates.

"We need to cut, not because our economy is weak, but it's because we want to make a good economy great, " Navarro said. "We have plenty of room to run. The Fed cannot have interest rates which are [above] the rest of the world and expect good things to happen."

We need to cut, not because our economy is weak, but it's because we want to make a good economy great.

On Wednesday, President Trump said he anticipated the stock market to react the way it did -- the Dow Jones Industrial Average fell by as much as 589 points before closing relatively unchanged.

[The stock market is] going to get even higher than it ever would have got because China was like an anchor on us.

Trump went on to blame the Democrats for their inaction on what he considered unfair trade deals.

"The people that allowed that to happen are a disgrace," Trump said. "China, what they were doing to us, for years and years, taking hundreds of billions of dollars out, stealing intellectual property, targeting our farmers, all of that's ending and they understand that."

The president also blamed the Federal Reserve, not China, for the financial woes.