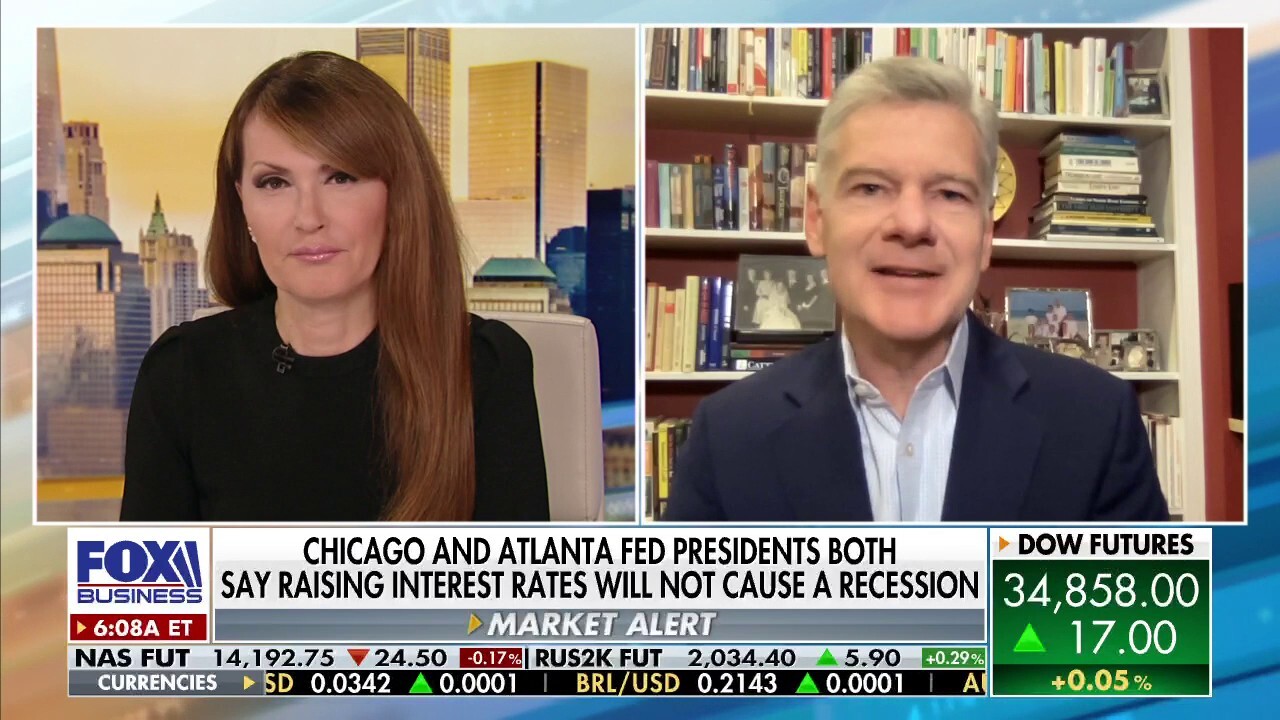 Deutsche Bank became the first Wall Street firm this month to warn of a looming economic recession in the U.S.

Now, the bank's economists are doubling down on their prediction, forecasting a severe recession within the next two years as the Federal Reserve moves to tame the hottest inflation in four decades with a series of mega interest rate hikes.

"We will get a major recession, but our strongly held view is that the sooner and the more aggressively the Fed acts, the less longer-term damage to the economy there will be," the authors wrote in an analyst note published this week.

Deutsche Bank had previously projected a "mild" recession, but darkened its forecast even more because the economists believe that inflation is so high, the Fed will have no choice but to dramatically raise the benchmark federal funds rate in order to crush consumer demand.

"We regard it…as highly likely that the Fed will have to step on the brakes even more firmly, and a deep recession will be needed to bring inflation to heel," they wrote in the report, titled "Why the coming recession will be worse than expected."

There are growing fears on Wall Street that the Federal Reserve could inadvertently trigger a recession as it takes a more aggressive approach to fighting inflation, which is at the highest level since December 1981. Policymakers raised rates by a quarter-percentage point in March, and have since confirmed that sharper, half-point increases are likely in the coming months, beginning in May.

"It is appropriate to be moving a little more quickly," Fed Chairman Jerome Powell said last week during a panel discussion at the International Monetary Fund and World Bank spring meetings. "I also think there’s something in the idea of front end-loading whatever accommodation one thinks is appropriate. So that points in the direction of 50-basis points being on the table."

Traders are now pricing in a 100% chance of at least a half-point rate jump when policymakers meet on May 3-4. It would mark the first time since 2000 that the U.S. central bank raised the federal funds rate by 50 basis points.

Some economists believe the Fed waited too long to confront the burst in inflation, while others have expressed concerns that moving too quickly to stabilize prices risks triggering an economic recession. Hiking interest rates tends to create higher rates on consumer and business loans, which slows the economy by forcing employers to cut back on spending.

Powell has pushed back against concerns that further tightening by the central bank will trigger a recession and has maintained optimism that the Fed can strike a delicate balance between taming inflation without crushing the economy.

Still, he acknowledged the difficulty of the task ahead and said it is "absolutely essential" for central bankers to restore price stability.

"Our goal is to use our tools to get demand and supply back in sync, so inflation moves back into place, without a slowdown that amounts to a recession," Powell said. "I don't think you'll hear anyone at the Fed say that's straightforward and easy. It's going to be challenging."

The Deutsche Bank report comes after the Commerce Department reported Thursday morning that gross domestic product, the broadest measure of goods and services produced across the economy, shrank by 1.4% on an annualized basis in the three-month period from January through March.

It marked the worst performance since the spring of 2020, when the U.S. economy was still deep in the throes of the COVID-induced recession.

"Today’s shock drop in GDP is a wake-up call that the economy isn’t as strong as we all thought," said Chris Zaccarelli, chief investment officer for Independent Advisor Alliance. "It’s possible that GDP gets revised higher next month, as this is just the first release and there will be two revisions, but it is a warning sign."