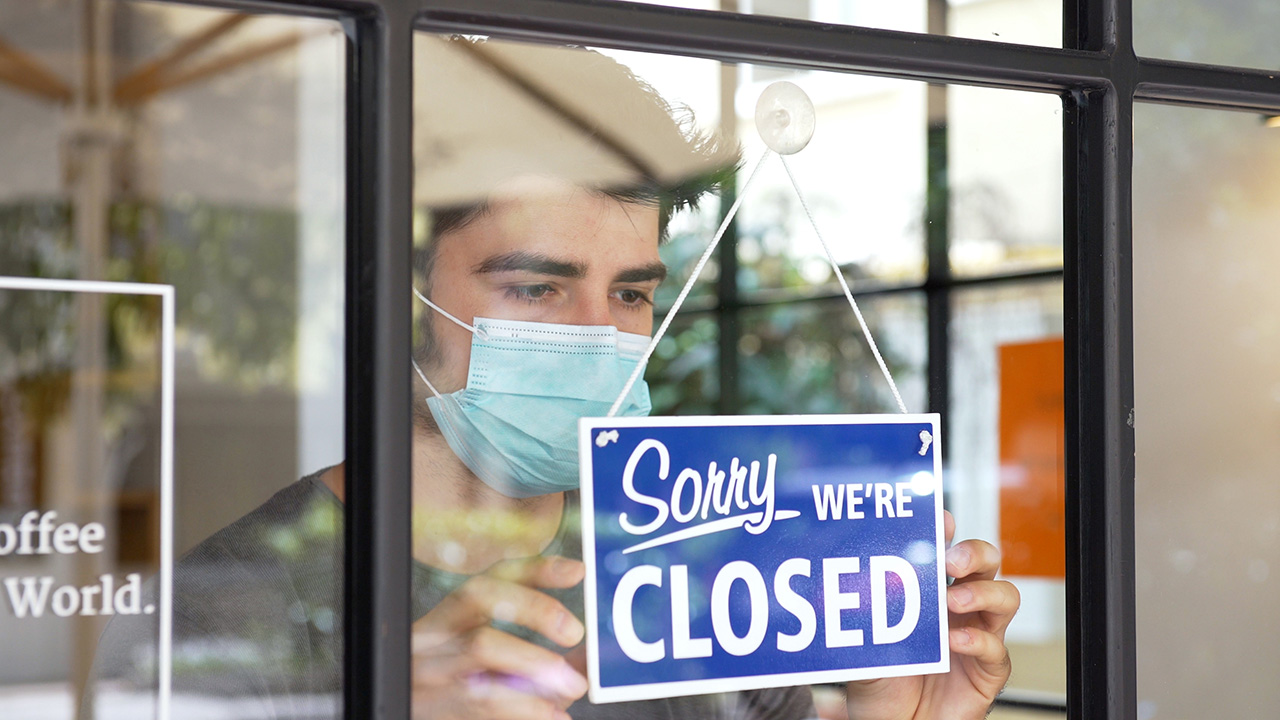 The U.S. economy likely contracted at its sharpest pace since World War Two in 2020 as COVID-19 ravaged services businesses like restaurants and airlines, throwing millions of Americans out of work and into poverty.

The Commerce Department's snapshot of fourth-quarter gross domestic product on Thursday is also expected to show the recovery from the pandemic losing steam as the year wound down amid a resurgence in coronavirus infections and exhaustion of nearly $3 trillion in relief money from the government.

The Federal Reserve on Wednesday left its benchmark overnight interest rate near zero and pledged to continue injecting money into the economy through bond purchases, noting that "the pace of the recovery in economic activity and employment has moderated in recent months."

President Joe Biden has unveiled a recovery plan worth $1.9 trillion, and could use the GDP report to lean on some lawmakers who have balked at the price tag soon after the government provided nearly $900 billion in additional stimulus at the end of December.

"Last year was awful for the economy," said Sung Won Sohn, a finance and economics professor at Loyola Marymount University in Los Angeles. "This was the first service industry recession in recent memory where a lot of jobs were lost."

Economists are forecasting that the economy contracted by as much as 3.6% in 2020, the worst performance since 1946. That would follow 2.2% growth in 2019 and would be the first annual decline in GDP since the 2007-09 Great Recession.

In the fourth quarter, GDP is estimated to have expanded at a 4% annualized rate, according to a Reuters survey of economists. The virus and lack of another spending package curtailed consumer spending, and partially overshadowed robust manufacturing and the housing market.

The anticipated big step-back, following a historic 33.4% growth pace in the July-September period, would leave GDP roughly 2.3% below its level at the end of 2019. With the virus not yet under control, economists are expecting growth to further slow down in the first quarter of 2021, before regaining speed by summer as the additional stimulus kicks in and more Americans get vaccinated.

"No doubt it will be a challenging few months as the vaccines struggle to get distributed and lockdowns remain in place," said Sam Bullard, a senior economist at Wells Fargo Securities in Charlotte, North Carolina. "However, as COVID gets under control, we expect growth to ratchet higher, running at around a 7% pace in the second half of the year."

The services sector has borne the brunt of the coronavirus recession, disproportionately impacting lower-wage earners, who tend to be women and minorities. That has led to a so-called K-shaped recovery, where better-paid workers are doing well while lower-paid workers are losing out.

The stars of the recovery have been the housing market and manufacturing as those who are still employed seek larger homes away from city centers, and buy electronics for home offices and schooling. Manufacturing's share of GDP has increased to 11.9% from 11.6 at the end of 2019.

A survey last week by professors at the University of Chicago and the University of Notre Dame showed poverty increased by 2.4 percentage points to 11.8% in the second half of 2020, boosting the ranks of the poor by 8.1 million people.

Rising poverty is likely be underscored by persistent labor market weakness. The Labor Department is expected to report on Thursday that 875,000 more people filed for state unemployment benefits last week, according to a Reuters survey.

About 16 million Americans were receiving unemployment checks at the end of 2020. The economy shed jobs in December for the first time in eight months. Only 12.4 million of the 22.2 million jobs lost in March and April have been recovered.

Lack of jobs and the expiration of a government weekly jobless subsidy likely restrained growth in consumer spending to about a 3% rate in the fourth quarter. Consumer spending, which accounts for more than two-thirds of the U.S. economy, notched a record 41% pace in the July-September quarter.

Businesses were also rebuilding inventories last quarter, which is likely to have contributed to GDP growth. But the inventory accumulation included imports, likely leading to a larger trade deficit, which subtracted from growth.

Another quarter of double-digit growth is expected from the housing market, thanks to historically low mortgage rates. Government spending was likely weak, hurt by state and local governments, whose finances have been squeezed by the pandemic.