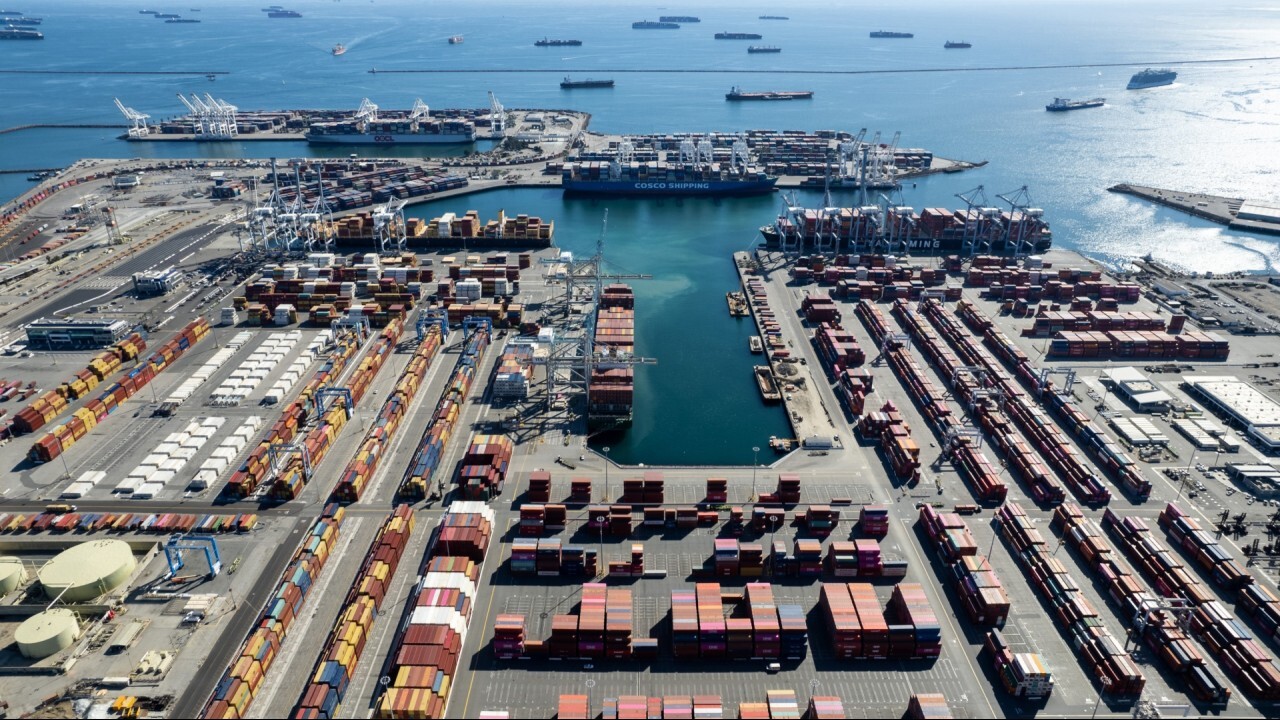 As the U.S. continues to feel the pain from supply chain disruptions, companies nationwide are stepping up their incentives to attract new truck drivers, including six-figure salaries and sign-on bonuses.

The American Trucking Association estimates that the U.S. is facing a shortage of approximately 80,000 truck drivers.

"If you have a commercial driver's license and if you have experience and are able to operate a heavy-duty vehicle safely, like you are in demand no matter what, because you need drivers." Schrap said. "The men and women who run these trucking companies and who drive the vehicles and are trying to grow their business are always looking for qualified drivers"

Though the salary boosts and sign-on bonuses are primarily aimed at recruitment, Schrap points out that they are just as important for retainment.

"They're kinda gonna follow the money. If someone else is like, 'Look, I'll pay you more,' likely they'll go there," he noted. "The whole thing is this productivity. The more turns that you get down in the harbor, the more money you're going to make and you just want to keep these drivers happy."

While he acknowledged that much of the attrition is due to truckers retiring, he noted that the ATA's shortage figures are related to over-the-road truckers, not those at the ports. He estimates that there are nearly 14,000 drivers who come to the Port of Long Beach once a day in a normal work week.

In this Monday, Oct. 18, 2021, photo a trucker transports a container out of the Maersk APM Terminals Pacific, Pier 400 at the Port of Los Angeles.(AP Photo/Damian Dovarganes) | AP Newsroom

Ultimately, he believes that the overall trucking industry is having trouble finding new blood because it has become a vilified profession.

"You're blamed for environmental issues, for accidents or congestion. I mean, it's a thankless job sometimes, and I just don't think that it's high on people's career radars because it's not the sexy job it used to be," he said. "Instead of blaming the trucking industry for this backup, which is just so far from reality, we should be celebrating these guys because they're down there working every single day trying to get this cargo off of dock."

"When you're stuck at a marine terminal for hours waiting for a chassis, it's just hard to convince people to want to come in," he added. "It's not an attractive thing to be sitting around in your truck for hours on end waiting to move. Drivers want to drive."

When it comes to addressing congestion at U.S. ports, Schrap says supply chain problems won't be fixed by just throwing more truck drivers into the mix.

"What the real challenge has become here is this just sheer amount of empty containers that are just strewn throughout Southern California, the southwest, the Central Valley. It has just become the bane of our members' existence," he explained. "They're sitting on top of chassies that can't be used to pull imports off of the dock and the marine terminals are unable to receive them. They don't have the ability to receive them because either they're out of space or the steamship lines that they have agreements with have told them to basically stop accepting certain types of containers … that's probably, from our perspective, really the biggest problem."

In this Tuesday, Oct. 19, 2021, photo shipping containers are stacked up at Maersk APM Terminals Pacific at the Port of Los Angeles.(AP Photo/Damian Dovarganes) (AP Newsroom)

Schrap adds that the steamship lines are not sending enough vessels to help clear the empty containers out.

"They keep sending more fully profiled vessels full of thousands of import containers that just gum up the works even more," he said. "Retailers are doing their best to get them unloaded at warehouses, but you're forced as a trucking company to make an appointment to pick up those containers and you need a chassis to move them. So if it's sitting under an empty container, you can't use that chassis."

Though the Port of Long Beach and Port of Los Angeles have announced they will transition to 24/7 operations, Schrap said that the real solution would be for the state and federal government to address the "dysfunctional" appointment system at ports, create a mitigation strategy to get the massive amount of empty containers back to where they came from, find short-term space to unload empty containers from chassis and push for more investments in infrastructure.

In the meantime, he warns products are going to get more expensive for consumers as the holiday season approaches.

"These costs have to be passed on. You can't just absorb them out of the goodness of your heart," he said. "And we've seen the inflation issues. It's directly related to the shipping and the cost of goods."