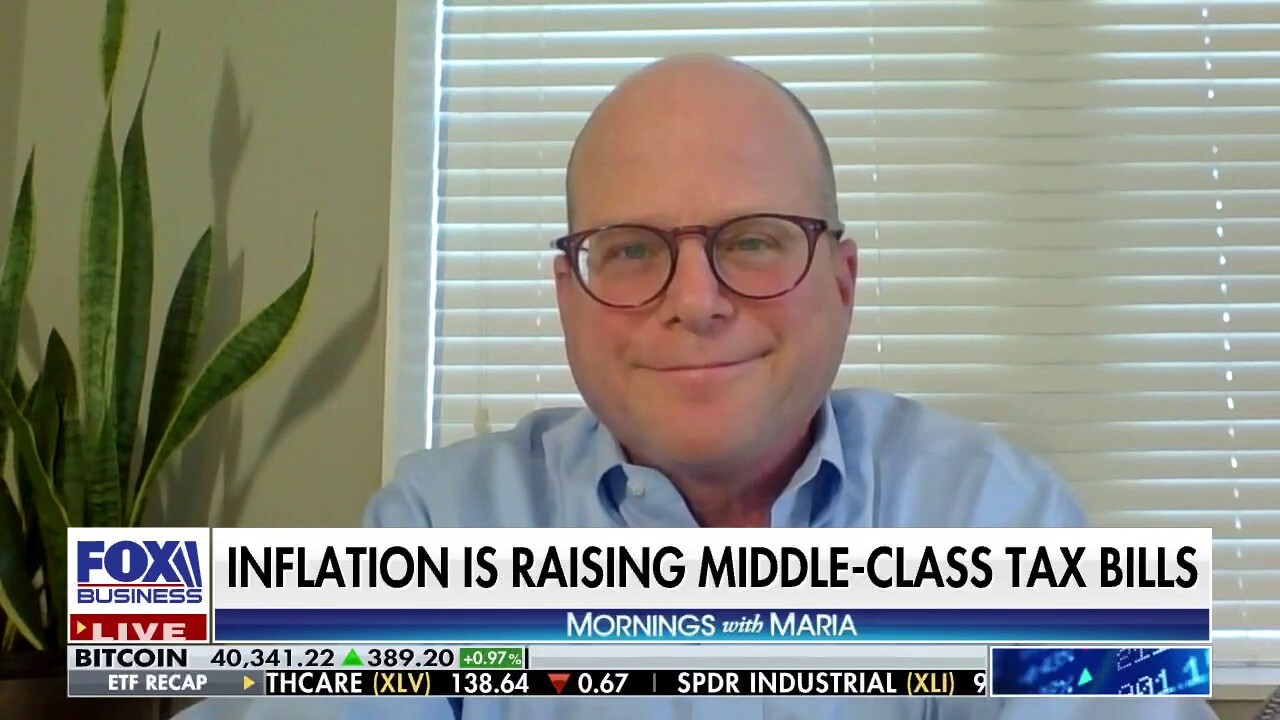 Inflation taking a ‘lot of people by surprise’ this tax season: Expert

The Marks Group President Gene Marks, CPA, discusses the inflation has on taxes.

Several states are taking steps to temporarily roll back taxes on food in hopes of providing some relief for Americans who are experiencing surging prices at the grocery store.

The government reported on Tuesday that consumer prices accelerated to a new, four-decade high in March, with inflation hitting 8.5% – the fastest pace since 1981. One major contributor to the inflation spike has been food prices, which soared 8.8% in March from the previous year.

Now, in order to alleviate the financial pressure on American families, there is a growing push in a handful of the 13 states that tax groceries to pause those levies.

Tennessee Gov. Bill Lee, a Republican, at the end of March announced a 30-day suspension of the 4% state and local grocery sales tax in order to alleviate some financial burdens on families.

"As Americans see their cost-of-living skyrocket amid historic inflation, suspending the grocery tax is the most effective way to provide direct relief to every Tennessean," Lee said in a statement. "Our state has the ability to put dollars back in the pockets of hardworking Tennesseans."

There is a similar measure in Oklahoma that would suspend the state's 4.5% tax on groceries for two years, although it would not prevent municipalities or counties from adding their own sales tax. Gov. Kevin Stitt, a Republican, has voiced his support for the bill, which is currently under consideration by the Oklahoma Senate Appropriations Committee.

Alabama lawmakers also pushed to temporarily suspend the state's 4% tax on groceries with a bill introduced in mid-March, although the measure failed to pass the legislature this week.

However, experts caution that pausing collection of the grocery tax may ultimately provide little relief to struggling U.S. households.

The Tax Foundation, a nonpartisan group that tends to advocate for lower taxes, said in an analysis released this week that exempting groceries from the state sales tax reduces "economic efficiency without achieving its objective of enhancing tax progressivity." In other words – though it may seem counterintuitive – the lowest income households actually see a 9% increase in sales tax liability under a state that does not exempt groceries from its sales tax, according to the Tax Foundation.

"The idea that a grocery exemption creates a more equitable sales tax base often goes unquestioned, leaving policymakers only to grapple with the trade-off between equity and efficiency," Jared Walczak, a Tax Foundation economist, wrote in the analysis. "But the assumption is unwarranted."

At best, pausing taxes on groceries would offer just modest savings for middle-class families, according to the analysis. That's because grocery taxes are designed to be progressive, with the intent that higher earners pay a higher rate of sales tax. But many lower-income households rely on government programs like the Supplemental Nutrition Assistance Program, or SNAP, to pay for groceries; eliminating the sales tax could actually reduce their taxable consumption of food, limiting how much they may save from a temporary pause.

What's more, low-income Americans do not necessarily spend a greater share of their income on groceries in comparison to other necessities like gasoline or rent. If those families spend moderately more on groceries as a share of income, but "substantially" more on other household goods, they could be worse off under a tax code that exempts groceries.

"The result is that a policy designed to inject progressivity into the sales tax has the opposite effect, increasing tax liability on the lowest-income households, with most savings concentrated on middle-income households that can be best helped in other ways," Walzak said.