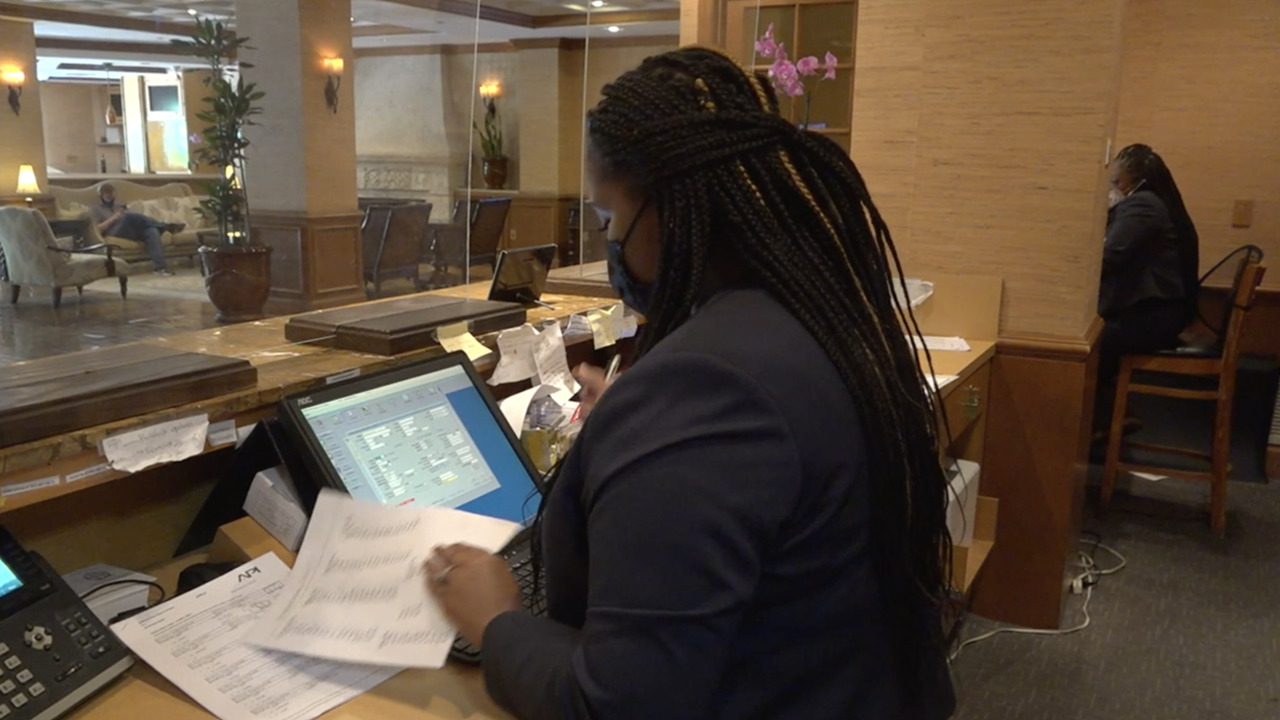 It is hard for many hotels to find workers. Fox's Robert Sherman has more.

The U.S. Chamber of Commerce on Tuesday revealed the five states suffering the most from the country's labor shortage.

The Chamber released its "America Works Report" analyzing the country's available job numbers, which stood at 8.1 million in March, compared to its average worker-to-job ratio, which stands at 1.4 workers per vacant job. By comparison, the historical ratio average is 2.8 workers per job, according to the Chamber.

These five states, however, have the lowest worker-to-job ratios in the country:

"The worker shortage is real — and it’s getting worse by the day," Chamber of Commerce President and CEO Suzanne Clark said in a Tuesday statement.

WHY IT'S SO HARD TO FILL JOBS IN CERTAIN STATES

More than 90% of state and local chambers of commerce said that a "lack of available workers" is the main factor slowing the economies in their respective areas, and nearly 45% said COVID-19 is the next biggest factor.

More than 67% of respondents said it is "very difficult" to find workers to fill vacancies.

The Chamber in its report recommends U.S. officials "remove barriers that prevent people from entering the workforce, get individuals the skills they need for the open positions, and enact sensible immigration policy."