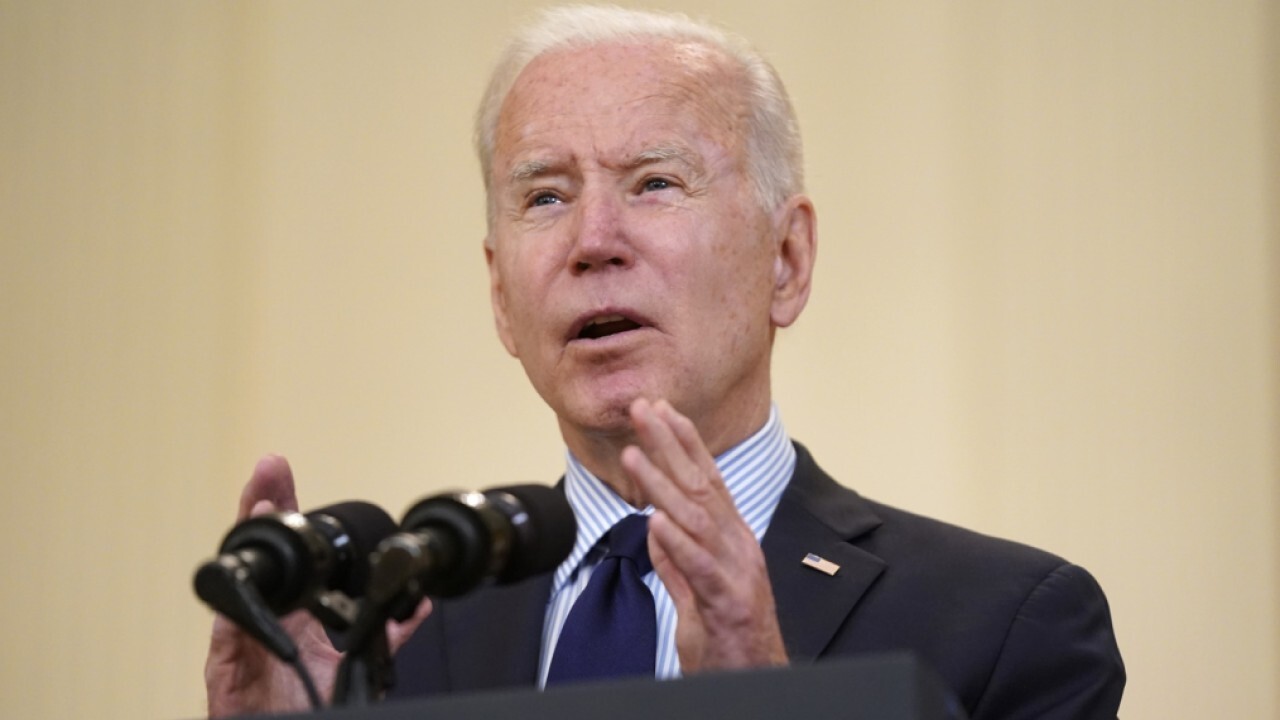 A growing number of GOP-led states are planning to end supplemental unemployment benefits designed to help out-of-work Americans weather the coronavirus pandemic, a move they say will help businesses struggling to hire employees.

At least 25 states decided in May and June to prematurely cut off the sweetened aid, which provided an extra $300 a week on top of regular state unemployment benefits. The supplemental benefit is not slated to expire until Sept. 6, 2021.

"It has become clear to me that we cannot have a full economic recovery until we get the thousands of available jobs in our state filled," Mississippi Gov. Tate Reeves, a Republican, said in a tweet.

Here's a closer look at when the benefits will end in each state:

Gov. Kay Ivey announced on Monday the state is cutting off the $300-a-week benefit on June 19.

Alabama will also stop participating in two programs: Pandemic Unemployment Assistance (PUA), which provides jobless benefits to gig workers and others typically not eligible for benefits, and Pandemic Emergency Unemployment Compensation (PEUC), which extends state unemployment benefits once they have been exhausted.

"We have announced the end date of our state of emergency, there are no industry shutdowns, and daycares are operating with no restrictions. Vaccinations are available for all adults," Ivey said in a news release. "Alabama is giving the federal government our 30-day notice that it's time to get back to work."

"As Alaska’s economy opens up, employers are posting a wide range of job opportunities and workers are needed," she said in a statement.

Gov. Doug Ducey on Wednesday announced that Arizona will no longer participate in the $300 boosted unemployment aid program beginning on July 10.

Instead, Ducey said that Arizona will offer a $2,000 back-to-work bonus for eligible individuals, "with a goal of getting as many Arizonans as possible to rejoin the workforce by Labor Day." The state will also provide support for unemployed workers seeking to learn new girls with adult education programs, as well as additional child care opportunities.

"Although more people are ready to work today in Arizona than before the pandemic, many businesses are struggling to fill vital positions," Ducey said. "We cannot let unemployment benefits be a barrier to getting people back to work."

Arkansas announced last Friday that it would drop out of the supplemental unemployment program on June 26.

"The $300 federal supplement helped thousands of Arkansans make it through this tough time, so it served a good purpose," said Gov. Asa Hutchinson. "Now we need Arkansans back on the job so that we can get our economy back to full speed."

The state will stop supplying unemployed Floridians with the supplemental $300 a week benefit on June 26, the state's Department of Economic Opportunity said.

"My decision is based on a fundamental conservative principle – we do not want people on unemployment," Little said. "We want people working. A strong economy cannot exist without workers returning to a job."

The supplemental unemployment benefits will end in Iowa on June 12.

"It's time for everyone who can to get back to work," Gov. Kim Reynolds said in a statement.

"As our state continues to make great progress in its economic recovery, employers are successfully reopening for business and creating job opportunities," the state Labor Secretary Tiffany Robinson said.

Gov. Tate Reeves announced that Mississippi will stop participating in the unemployment aid programs on June 12.

"It has become clear to me that we cannot have a full economic recovery until we get the thousands of available jobs in our state filled," Reeves tweeted.

Gov. Mike Parson said Missouri will drop out of the federal unemployment programs on June 12.

"While these benefits provided supplementary financial assistance during the height of COVID-19, they were intended to be temporary, and their continuation has instead worsened the workforce issues we are facing," Parson said in a statement. "It's time that we end these programs that have ultimately incentivized people to stay out of the workforce."

The state will end federal jobless benefits on June 27, Gov. Greg Gianforte said in a statement.

Montana will instead provide a $1,200 return-to-work bonus that individuals will be eligible to receive after a month on the job.

"Incentives matter, and the vast expansion of federal unemployment benefits is now doing more harm than good," Gianforte said in a statement. "We need to incentivize Montanans to reenter the workforce."

Nebraska will drop out of the federal unemployment programs on June 19.

New Hampshire has announced that it will stop paying the $300 unemployment bonus on June 19.

Gov. Doug Burgum said the state would withdraw from the federal unemployment benefit programs on June 19. Burgum noted the state had its highest number of online job postings since July 2015 – roughly 50% higher than the same period one year ago.

"Safe, effective vaccines have been available to every adult in North Dakota for months now, and we have an abundance of job openings with employers who are eager to hire," Burgum said in a news release.

"When this program was put in place, it was a lifeline for many Americans at a time when the only weapon we had in fighting the virus was to slow its spread through social distancing, masking and sanitization," DeWine said. "That is no longer the case. That is no longer our only tool in this fight. This assistance was always intended to be temporary."

Oklahoma Gov. Kevin Stitt announced that boosted unemployment benefits will end on June 26. The state will instead create a $1,200 return-to-work incentive.

Gov. Henry McMaster said, before the April jobs report was released, that the state would stop participating in the federal unemployment programs effective June 30.

"This labor shortage is being created in large part by the supplemental unemployment payments that the federal government provides claimants on top of their state unemployment benefits," McMaster wrote in a letter to the state's Department of Employment and Workforce.

"Businesses across the state continue to say they would grow and expand, if it wasn’t for the lack of workers. Help wanted signs line our streets," state Labor and Regulation Secretary Marcia Hultman said in a statement. "South Dakota is, and has been, ‘Open for Business.’ Ending these programs is a necessary step towards recovery, growth, and getting people back to work."

"We will no longer participate in federal pandemic unemployment programs because Tennesseans have access to more than 250,000 jobs in our state," Lee said in a statement. "Families, businesses and our economy thrive when we focus on meaningful employment and move on from short-term, federal fixes."

"The Texas economy is booming and employers are hiring in communities throughout the state," Abbott said.

Utah is dropping out of the federal unemployment aid programs on June 26.

"This is the natural next step in getting the state and people's lives back to normal," Gov. Spencer Cox said in a statement. "The market should not be competing with the government for workers."

"Wyoming needs workers, our businesses are raring to go," Gordon said. "People want to work, and work is available. Incentivizing people not to work is just plain un-American."