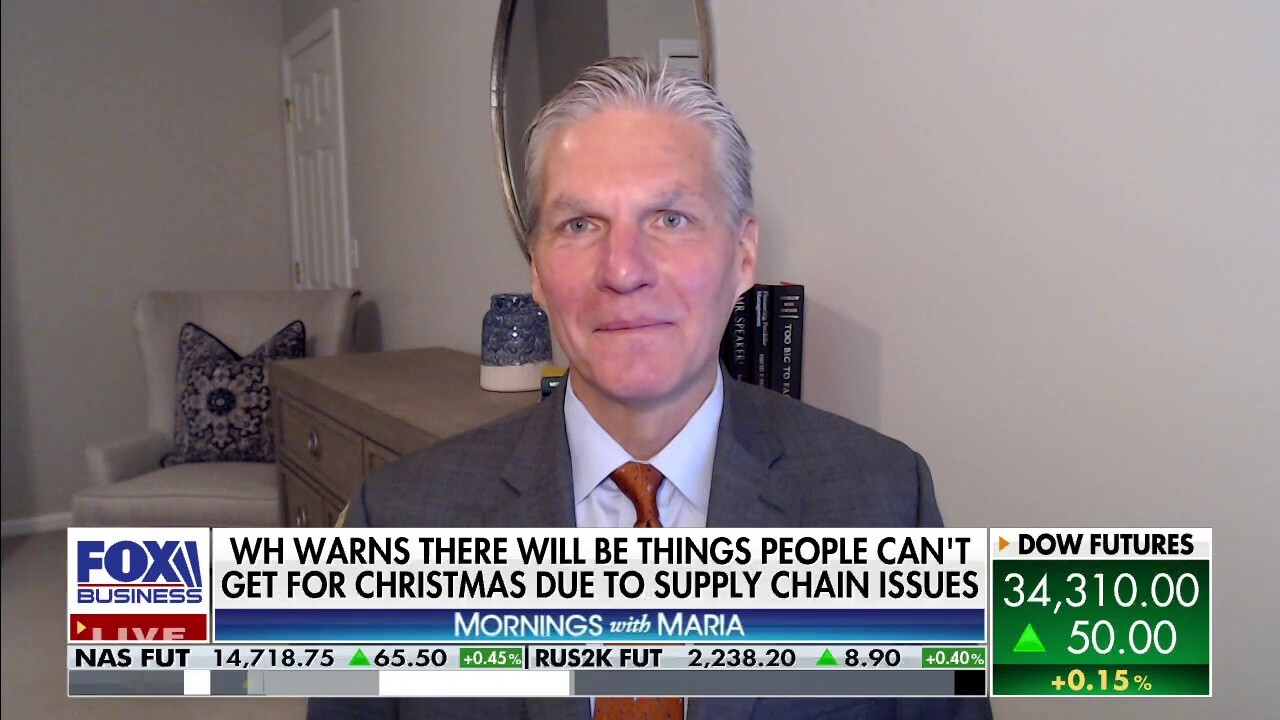 Mark Luschini joins 'Mornings with Maria' to weigh in on supply chain issues, the decline in consumption and recent big bank earnings.

American retailers are trying to maintain an optimistic outlook ahead of the pivotal holiday-shopping season but are alarmed about the broader effects of the current labor shortage and pandemic-induced supply chain disruptions.

Three-quarters of U.S. retailers said shoppers expect more from stores than they can deliver due to the labor crunch, according to a new survey from UKG, a workforce management company. Another 85% are anticipating that supply chain issues will further disrupt shoppers.

"It’s becoming increasingly obvious that job hesitation — rather than job availability — is the reason we’re not seeing a meaningful increase in workforce activity," Dave Gilbertson, KPG vice president, said in a statement. "The remarkable number of available jobs is made null and void so long as people remain unwilling to jump back into the market."

The survey of 312 store managers, owners and executives found that a majority – 64% – expect to see a year-over-year decline in employment this holiday season, while another one in four predicted staffing shortages and unplanned absences that could result in daily understaffing. It was conducted between Aug. 31 and Sept. 9.

As a result, many stores said they were doubling down on hiring: 52% are recruiting more heavily than in years' past, including 80% who said they began the search for season associates well ahead of the typical holiday-hiring surges. Nearly half said they started looking for employees before September.

But the problem, respondents said, is that many people are simply uninterested in working retail, whether it's because they want higher pay, are worried about contracting COVID-19 or view the work as particularly grueling.

"Retailers need to know it’s not just about compensation," Gilbertson said. "It’s about flexibility and showing that you value your associates. It’s about training and developing your workforce and making sure people feel that they’re starting a career, versus just working day to day."