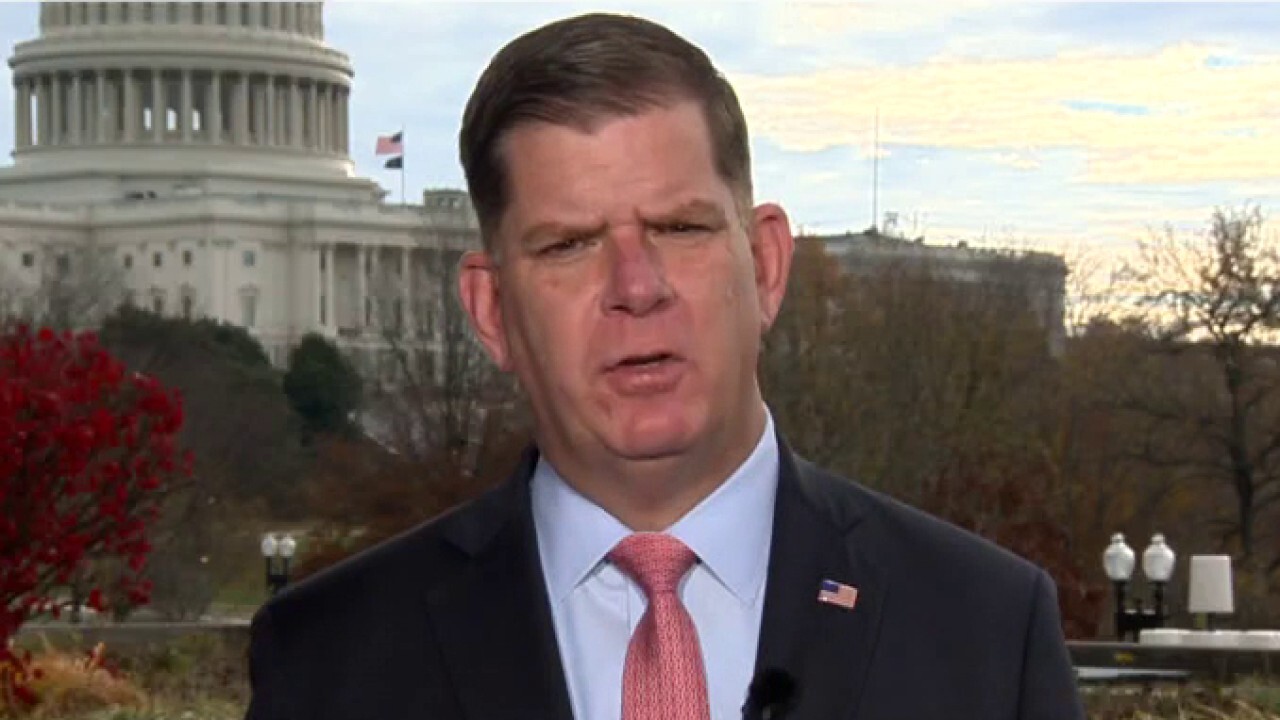 He told FOX Business’ David Asman that while "we still have a ways to go when we think about getting people back to work," the report "doesn't disappoint" him because he's looking at the bigger picture.

"Since President Biden has taken office, nearly six million jobs have been added," Walsh noted. "Our recovery is happening, and it's happening in a strong manner."

The Labor Department said in its monthly payroll report released Friday that payrolls in November rose by just 210,000, well below the 550,000 jobs forecast by Refinitiv economists.

The unemployment rate fell to 4.2% from 4.6%, reaching its lowest level since the pandemic began.

Walsh pointed out that there are "obviously" jobs that "we have to really focus on and create better opportunities," including the trucking industry which is facing a record shortage of drivers across the country.

After a recent trip to the Port of Los Angeles and Port of Long Beach, he said, supply chain issues are "really" what he wants to fix.

"One of the things we have to do is really train and prepare more truck drivers," he said.

Containers waiting at Port of Long Beach to be loaded onto trains and trucks. (Getty Images)

Walsh also floated the possibility of the Labor Department lowering the age from 21 to 18 for truck drivers to cross state lines.

"If there's an opportunity for us to drop that number down a little bit, I think we should explore it," Walsh said.

He went on to speak of growing COVID-19 concerns regarding the omicron variant and how it could jeopardize the job market, though the severity of the new variant remains unknown.

He also advocated for federal COVID vaccine and testing mandates for employees, claiming people are still concerned about their health.

"The reasoning behind this was to get people back into the workplace and people feeling safe coming back," Walsh said. "But at the end of the day, when I'm on TV, I'm still going to recommend to people and pushing vaccines and also the booster shots."