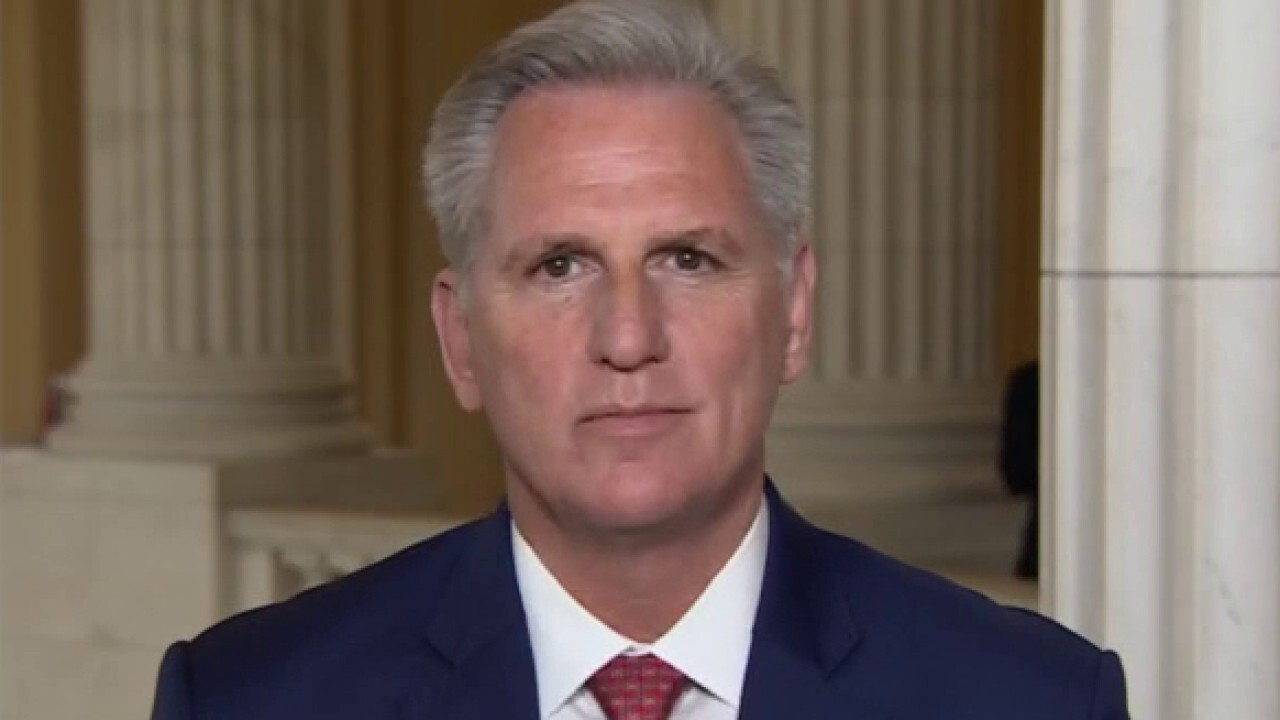 McCarthy: Hyperinflation is coming if this bill passes

Core PCE, which excludes food and energy prices, last month rose 3.6% year over year, according to the Bureau of Economic Analysis. Core prices have accelerated by that amount for four straight months.

Analysts surveyed by Refinitiv were expecting core prices to rise 3.7% annually and 0.2% month over month.

Overall, the personal consumption expenditures price index rose 4.4% year over year and 0.3% in September. In August, prices increased at a 4.2% annual pace and 0.3% month over month.

Higher prices have for the past several months been working their way through the U.S. economy as companies look to offset increased costs due to supply chain disruptions and labor and materials shortages.

Both the Biden administration and the Fed have in recent weeks become more reluctant to use the term "transitory" when describing inflation as being temporary.

"I think it’s still fair to use [‘transitory’] in the sense that even if it doesn’t mean a month or two, it means a little bit longer than that," Treasury Secretary Janet Yellen told CNBC on Friday.

"I think it conveys that the pressures that we’re seeing are related to a unique shock to the economy," she added. "As the United States recovers and as vaccinations proceed globally, and the global economic activity revives, that pricing pressure will ease."