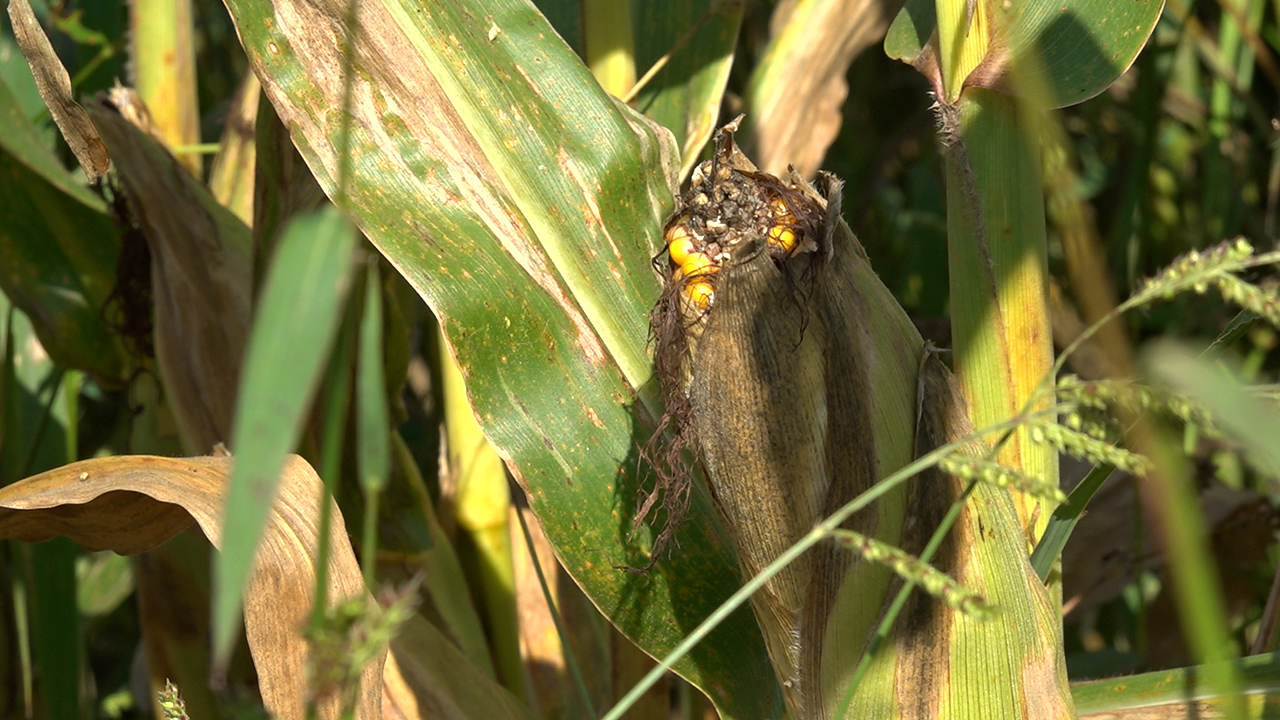 It was a summer of significant crop loss for U.S. farmers as drought and severe rain events tore through the country. As the fall harvest season begins, some farmers are still recovering.

In Northeast Ohio, harvest season will start late on Jason Schriver’s 300 acres of farmland. The summer brought continuous rain that flooded Schriver’s fields and forced him to delay planting or replant fields entirely.

US CROPS WITHER IN SCORCHING HEAT

"It’s stressful, it is, it’s stressful. What am I going to do tomorrow? You’d rather be out planting but instead, you’re looking out the window watching it rain," Schriver said. "

The third generation farmer grows sunflower, soybeans, corn, wheat and sorghum among other crops. Schriver told Fox News he went organic years ago, which severely impacted his ability to farm in the rain.

For the week ending Oct. 3, five of the nation's top corn producing states are harvesting corn at or below five year average levels according to the USDA. (Stephen Goin / Fox News)

"When it hits it makes a big difference, if you are successful at planting your crops when you’re organic you still have to come back for your cultivation for weed control. That’s more difficult to do in the rain," Schriver said. "From the day you start planning to the day you harvest, mother nature is either with you or she isn’t."

In Ohio, data from the United States Department of Agriculture shows the fall harvest has been slower than the national average. From April to October, farmers across the state have only harvested 11% of corn and 22% of soybeans compared to national averages of 29% and 34% respectively.

Across the country, five of the nation's top corn producing including Ohio, Kentucky, Tennessee, North Carolina and Pennsylvania, had harvested at or below average levels.

"In the Midwest, there’s a lot of reports already on reduced yields so farmers are really looking into the future to see how we can adjust production," said Daniel Much, associate economist with the American Farm Bureau Federation.