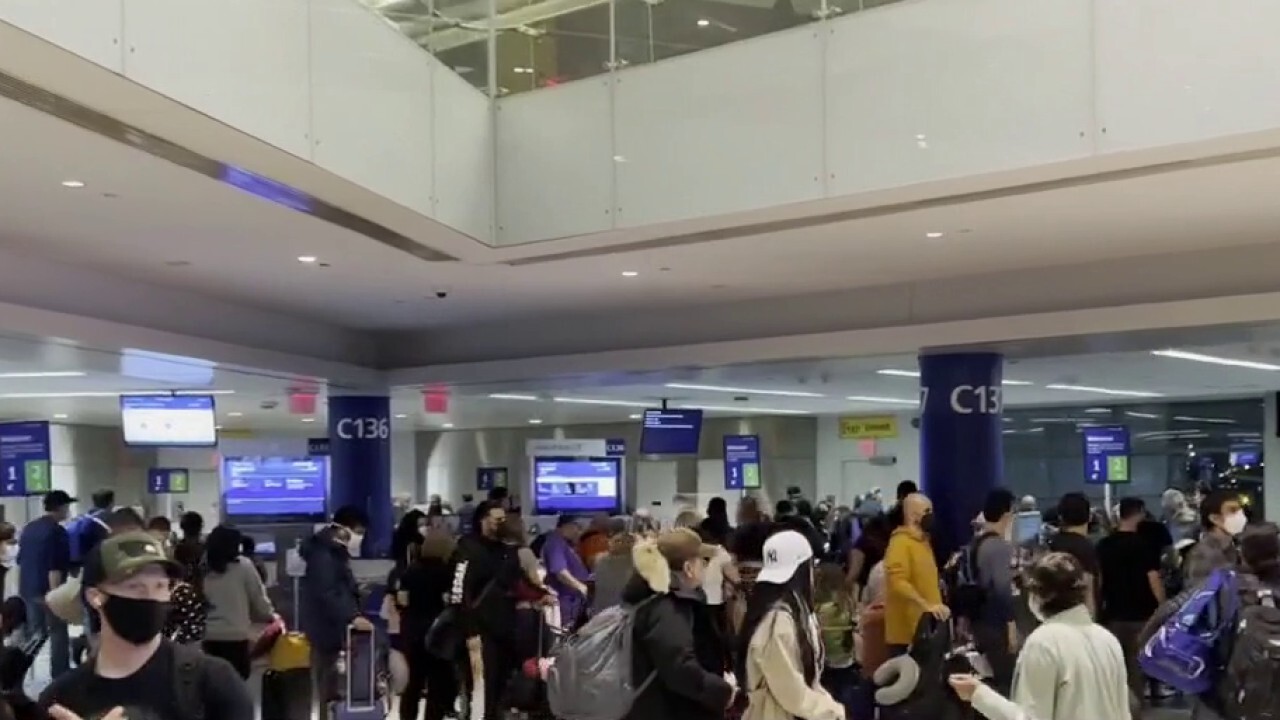 Will President Biden enforce vaccine mandates for US air travel?

The Federal Aviation Administration (FAA) is warning that travelers may face delays in the coming days due to an increased number of employees testing positive for COVID-19 -- at a time when Americans have been dogged by flight cancellations due to the ongoing pandemic.

An FAA spokesperson told Fox News that weather and heavy seasonal traffic will contribute to some travel delays in the coming days around New Year's Day.

"Like the rest of the U.S. population, an increased number of FAA employees have tested positive for COVID-19," the spokesperson said. "To maintain safety, traffic volume at some facilities could be reduced, which might result in delays during busy periods."

It comes at a time when airline have canceled thousands of flights over the holiday period. Flight-tracking service FlightAware showed 1,222 cancellations and 860 delays within, into, or out of the U.S. around 9:30 a.m. ET.

FLIGHT CANCELLATIONS TO SPILL INTO 2022 AS OMICRON, WEATHER WEIGH ON AIRLINES

A JetBlue spokesperson told FOX Business this week that the airline has seen a surge in the number of sick calls from its employees due to the omicron variant.  United Airlines had also attributed the flight delays and cancellations to the nationwide spike in omicron cases.

The Transportation Security Administration expects the Monday after New Year’s to be one of the busiest days of the holiday season.

Meanwhile, it isn’t just the airline industry being affected. The Washington Post reported Thursday that Amtrak will reduce its schedule between New Year’s Eve and Jan. 6 as it faces a mix of bad weather and increased COVID-19 cases.

The outlet reports that about two dozen trains on both its Northeast Corridor and long-distance routes will be affected.