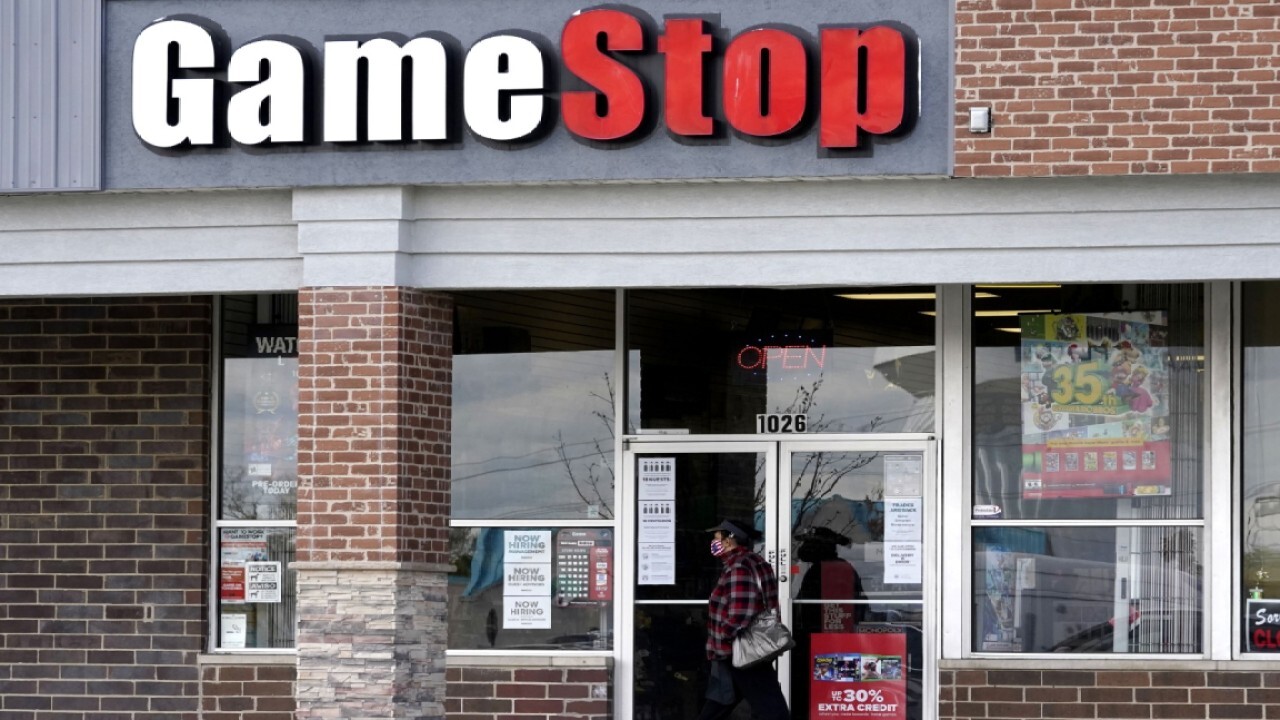 GameStop is 'the most shorted stock in America': Gamer World News Entertainment host

Discord, a platform that allows users to communicate over voice and texts, banned the WallStreetBets server Wednesday amid GameStop stock's recent surge driven by retail investors, but a company spokesperson said they removed the server "for continuing to allow hateful and discriminatory content after repeated warnings."

"To be clear, we did not ban this server due to financial fraud related to GameStop or other stocks," a Discord spokesperson told FOX Business. "Discord welcomes a broad variety of personal finance discussions, from investment clubs and day traders to college students and professional financial advisors. We are monitoring this situation and in the event there are allegations of illegal activities, we will cooperate with authorities as appropriate."

WallStreetBets, a forum on Reddit that consists mostly of day traders targeting hedge fund short sellers, briefly went private Wednesday evening after Discord took down their server, but the Reddit forum was back up as of 8:00 p.m. ET.

Profane language is common on the WallStreetBets forum.

GAMESTOP STOCK DOUBLES AGAIN WITH NO LET-UP IN AMATEUR INTEREST

The moderators of WallStreetBets said Wednesday evening that the community is "suffering from success and our Discord was the first casualty."

"You know as well as I do that if you gather 250k people in one spot someone is going to say something that makes you look bad. That room was golden and the people that run it are awesome," one of the moderators wrote. "Discord did us dirty and I am not impressed with them destroying our community instead of stepping in with the wrench we may have needed to fix things, especially after we got over 1,000 server boosts. That is pretty unethical."

The community has driven the price of Gamestop stock up nearly 800% in the last week, bleeding out short-sellers along the way.

Andrew Left of Citron Research said Wednesday that his hedge fund "covered the majority of the short in the $90s at a loss of 100%."

CNBC reported Wednesday that Melvin Capital, another hedge fund that shorted Gamestop, closed out their position Tuesday afternoon and took "a rather huge loss."

The day traders at WallStreetBets have other stocks in their sights that have been heavily shorted. AMC stock, for instance, is up nearly 300% in the last 24 hours.