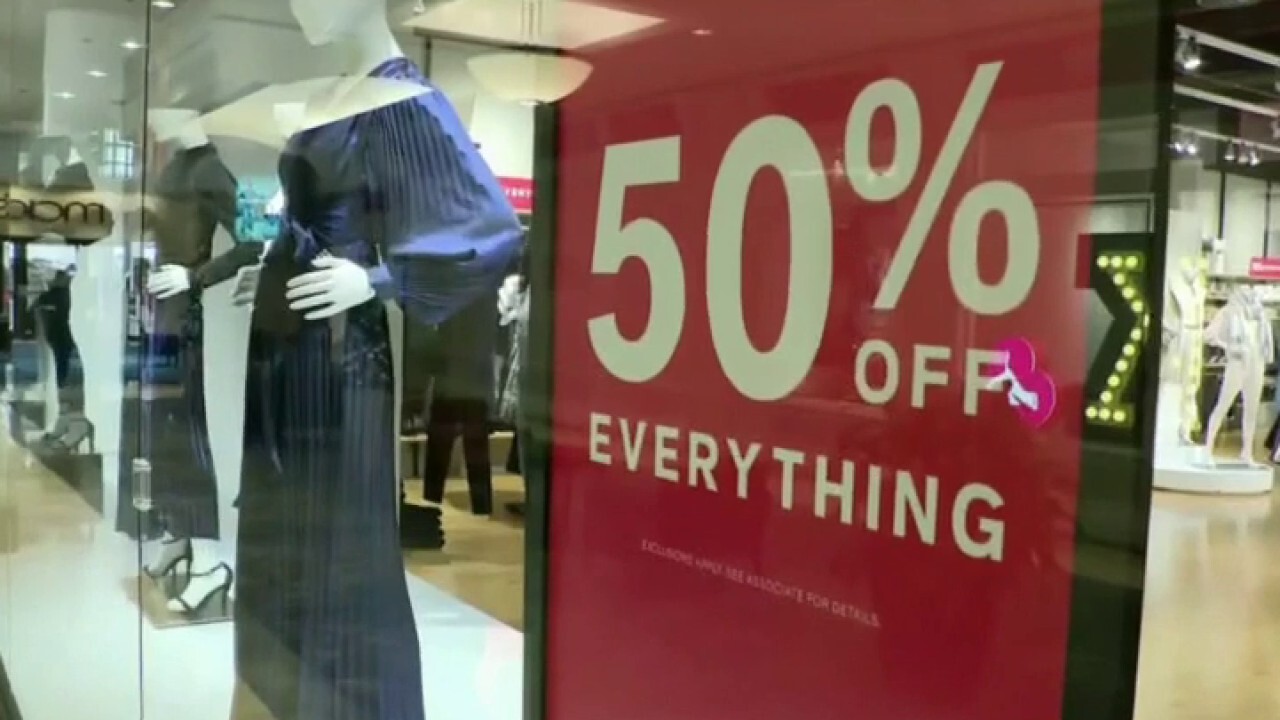 Holiday sales rose at the fastest pace in 17 years, even as shoppers grappled with higher prices, product shortages and a raging new COVID-19 variant in the last few weeks of the season, according to one spending measure.

The results, which covered Nov. 1 through Dec. 24, were fueled by purchases of clothing and jewelry.

Holiday sales were up 10.7% compared with the pre-pandemic 2019 holiday period.

ON CHRISTMAS DAY, 'GOD GAVE US THE GREATEST GIFT THE WORLD HAS EVER RECEIVED'

After omicron hit, some consumers stayed home and shifted their spending to e-commerce -- but sales stayed strong. "I feel really good about how the season played out," said Steve Sadove, senior adviser to Mastercard and former CEO of Saks Inc. "When people feel a little bit uncomfortable, you’ll see a little bit of a pickup in online and a little bit of a slowdown in store performance.’’

A broader picture will be revealed next month when the National Retail Federation, the nation’s largest retail trade group, comes out with its combined two-month results in mid-January. The results will be based on an analysis of the November and December sales figures from the Commerce Department. Analysts will also be dissecting the fourth-quarter financial results from different retailers that are slated to be released in February.

Overall, analysts had expected a strong holiday season, fueled by early shopping that started back in October in anticipation of a product shortage. Consumers were also determined to celebrate the holidays after a muted one a year ago. Still, November saw a slowdown in retail sales, in part because of the early shopping. And omicron, which has fast become the dominant version of the virus in the United States, has now spoiled holiday plans for many Americans who have had to cancel gatherings last minute.

The National Retail Federation said early in December that holiday sales were on track to beat its already record-breaking forecasts for an increase of 8.5% to 10.5% compared to the year-ago period. Holiday sales increased 8.2% in 2020 when shoppers, locked down during the early part of the pandemic, splurged on pajamas and home goods, mostly online.

The group expects that online and other non-store sales, which are included in the total, will increase between 11% and 15%. The numbers exclude automobile dealers, gasoline stations and restaurants. Holiday sales have averaged gains of 4.4% over the past five years, according to the group.

The update from the NRF was delivered in early December, right before omicron became a bigger threat in the U.S. and started to disrupt businesses from Broadway theaters to restaurants. But overall store traffic hasn’t taken a plunge, though some stores are reporting dips in big city locations. For the week that ended Dec. 18, store traffic was up nearly 20% from a year earlier, though down 23% from the same week in the pre-pandemic year of 2019, according to Sensormatic Solutions. Peter McCall, Sensormatic’s senior manager of retail consulting, noted shoppers are still going to retail stores but are now favoring open-air shopping centers and outlet malls more than enclosed shopping centers.

Retail sales have continued to rise in an economic environment that has hamstrung some retailers. Many have had to sharply increase pay to find and keep workers, increasing their cost of doing business. They also scrambled to fill shelves with major U.S. ports still backed up.

At the same time, Americans proved their resilience in different ways. They paid more across the board for necessities like food and gas, putting pressure on holiday shoppers’ budgets. In fact, consumer prices rose 5.7% over the past year, the fastest pace in 39 years, as a surge in inflation confronts Americans with the holiday shopping season under way. The November increase, announced Thursday by the Commerce Department, followed a 5.1% rise for the 12 months ending in October, continuing a string of annual price increases that have been above the 2% inflation target set by the Federal Reserve.

FILE - A shopper pushes her cart full of items down an isle during a Black Friday sale at Macy's, Friday, Nov. 26, 2021, in Indianapolis. Holiday sales rose at the fastest pace in 17 years, even as shoppers grappled with higher prices, product shorta (AP Photo/Darron Cummings, File / AP Newsroom)

Americans also learned to adjust to product shortages, turning to alternatives if their top choices were not available, or looking at other venues like eBay to find their top brands.

Though big box retailers like Target and Walmart promised stocked shelves for the holiday, supply constraints appear to be stubborn elsewhere. Target CEO Brian Cornell recently told The Associated Press he believes that it will take several years for supply chain clogs to be cleared.