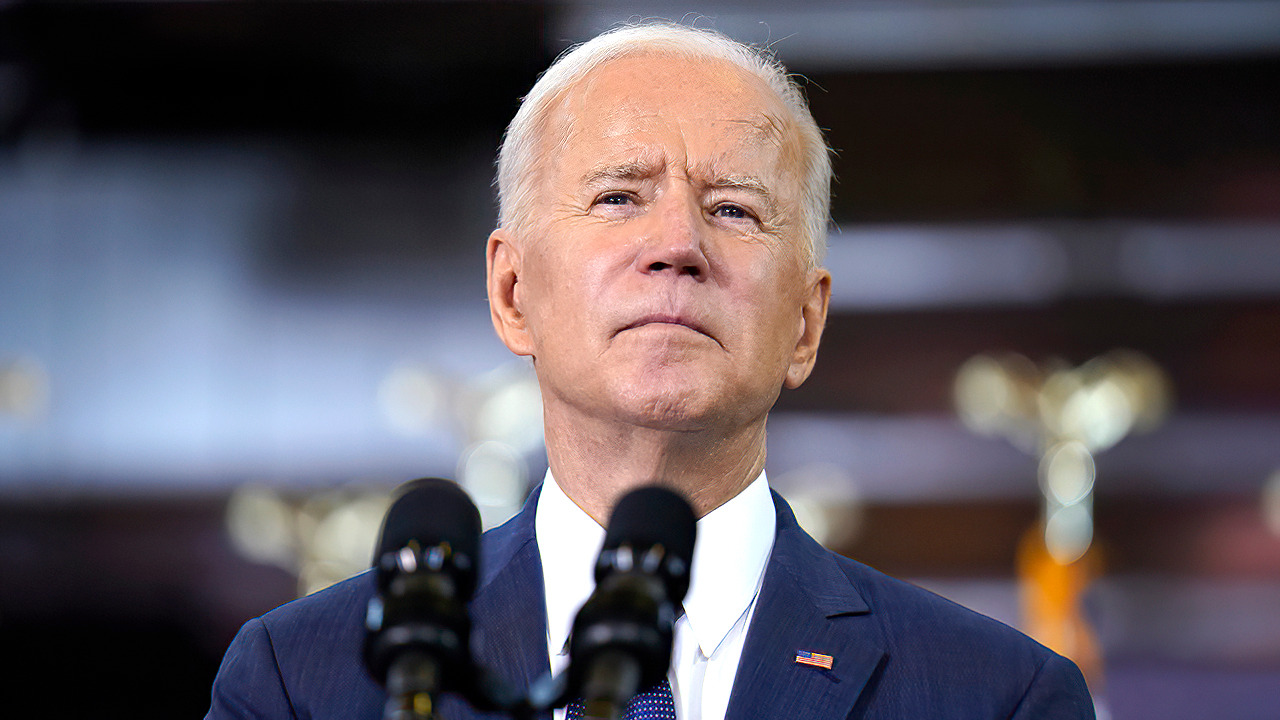 President Biden delivers remarks on the nation's fight against COVID-19

President Biden delivers remarks on the nation's fight against COVID-19.

The release of COVID-19 federal relief funds has unleashed a wave of individuals and criminal networks responsible for what the Secret Service says is nearly $100 billion in stolen benefits. The White House has disputed this figure.

Congress passed the $2.2 trillion Coronavirus Aid, Relief and Economic Security (CARES) Act in March 2020 to soften the economic fallout of the burgeoning pandemic. Of that, some $349 billion was set aside for Small Business Administration loans. Another $300 billion was later approved when the initial funds ran out.

Four thousand U.S. dollars are counted out by a banker counting currency at a bank. (Reuters)

The Secret Service has tapped Assistant Special Agent in Charge (ASAIC) Roy Dotson to lead the pandemic fraud recovery effort. In this role, Dotson is coordinating with financial institutions and money services businesses, U.S. attorney offices, and other federal agencies.

According to Dotson, who is based in the Jacksonville field office, the Secret Service has more than 900 active criminal investigations into pandemic-related relief fraud.

EVERYONE'S GOING TO GET OMICRON AT SOME POINT, BUT DON'T PANIC: DR. CONTACESSA

"Every state has been hit, some harder than others," Dotson said in a statement. "The Secret Service is hitting the ground running, trying to recover everything we can, including funds stolen from both federal and state programs."

Businesswoman closing her business activity due to COVID-19 lockdown.  (iStock)

Part of these efforts will also include spearheading cryptocurrency investigations centering on unsuspecting money mules who have moved stolen funds from one account to another – a trend that also picked up during the pandemic, according to Dotson.

"Criminals will often ask potential victims to open an account and move money for them for some reason as part of a ruse," Dotson said. "Targeted individuals are often asked to open bank accounts and accept large sum deposits. As a result, people are becoming unwitting mules for stolen money."

FILE: Representation of cryptocurrency Binance Coin, the native token of the cryptocurrency exchange, is seen in this illustration taken November 29, 2021.  (REUTERS/Dado Ruvic/Illustration/File Photo)

As of December 2021, the Secret Service says it has recovered more than $1.2 billion and returned more than $2.3 billion of fraudulently obtained funds through automated clearing house reversals. Amid these investigations, approximately 100 people have been arrested on loan fraud charges.

On Wednesday, the White House pushed back on the $100 billion figure, saying that the Secret Service had merely combined old reports of challenges with small business loans and states getting out unemployment insurance payments in 2020. These reports combined mistakes in overpayments and underpayments, which in the White House's estimation, don't necessarily suggest actual fraud or money stolen.

The White House noted that President Biden earlier this year approved efforts to look deeper into fraud and criminal behavior around pandemic programs.