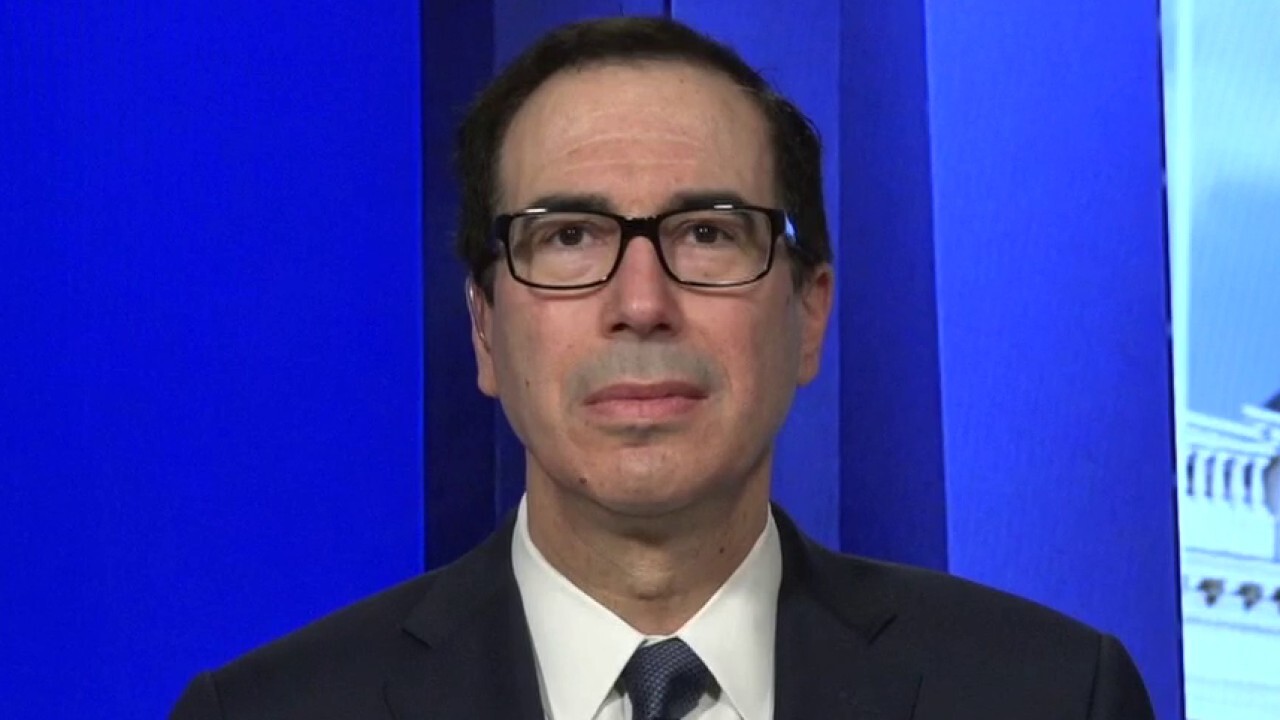 The final campaign sprint to Donald Trump's reelection could begin on Oct. 29 at 8:30 a.m. EST. That is the time — just five days before the presidential election — when the Bureau of Economic Analysis will report preliminary GDP growth for the third quarter, which runs from July through September.

If the economic recovery has progressed well, that number should show a stunning jump from a deep recession in the previous two quarters induced by Wuhan coronavirus and the overreaction we are witnessing in some precincts of American life.

TRUMP TOUTS AUTOMAKERS FOR ASSISTING VENTILATOR PRODUCTION: LET'S 'SEE HOW GOOD YOU ARE'

Before that late-October release, there hopefully will be strong signs of recovery, including a drop in unemployment claims, which some analysts believe could reach five million, and positive readings on the economy by more real-time measures.

The stock market will also likely recover strongly. When the crisis began, stocks were overvalued: trading at a multiple of 26 times earnings. At the close of trading Friday, the multiple was 18—lower than the average of 22 since Trump was elected, or 25 since the modern financial system emerged in the early 1990s.

Once the current irrational panic and fear pass, and when companies begin again to forecast profits after the abyss of this spring, the market will respond.

But Trump and his administration have much to do in managing economic recovery, and just as important, messaging about the economy despite a mainstream media determined to emphasize risk and bad news.

Trump"s "15 Days to Slow the Spread”"program, which emphasizes limited public engagement, ends in one week.  At that point, the president should stress that at-risk individuals should still avoid leaving home, as should those in outbreak clusters, but the rest of the population of healthy adults should resume normal activities.

That media is currently in a panic because Trump and his crisis point man, Vice President Mike Pence, are managing the situation well.

An ABC News/Ipsos poll released on Friday showed that 55 percent of Americans approve of Trump’s handling of the crisis compared to 43 percent who disapprove.

This approval is all the more stunning given near-uniform opposition from Democrats and a media that called Trump culturally insensitive for stopping flights from China in January — former Vice President Joe Biden dismissed the move as "hysteria and xenophobia" — and then flipped to saying he wasn’t doing enough.

Despair over Trump's successful management is one reason the mostly leftwing White House press corps treats him like an ax murderer.

But Trump must now carefully pivot from managing the health crisis to the economic crisis.

Indeed, the economic crisis is being made far worse by some governors who may have overreacted and halted most commerce in states like California, Illinois and New York.

Even though the course of the disease in America is tracking with advanced free nations of East Asia like Japan, South Korea, and Taiwan that controlled the situation without closing all public venues and halting manufacturing, some governors appear to be fighting the virus differently and may be even willing to risk the collapse of vulnerable small businesses and their workers.

WHAT IS 'HERD IMMUNITY' FOR CORONAVIRUS, AND SHOULD THE US BE USING IT?

Then there is New York City Mayor Bill de Blasio, who has run down city institutions and allowed a spike in homelessness to reach a record high while focusing on woke politics. He is desperately trying to blame Trump for the coronavirus crisis that de Blasio’s mismanagement helped to exacerbate.

Fortunately, most states to this point have been more willing to let localities choose how to react, and allow people to make decisions about isolation for themselves, once armed with knowledge about personal risk.

Trump should be bold and aggressive as he turns to the needs of the economy. Congress is acting, and luckily for Trump, congressional Republicans are taking the lead in negotiating the pro-business portion of a giant relief package set to pass soon.

A trader holds his hand to his head after trading was halted at the New York Stock Exchange, March 18, in New York. (AP Photo/Mark Lennihan)

This is crucial since Trump's point men, Treasury Secretary Steven Mnuchin and White House economic advisor Larry Kudlow, were hopelessly outmaneuvered by House Speaker Nancy Pelosi in the last round of negotiations over relief.

The two former bankers even lost the support of their core constituency, with even the Wall Street Journal faulting them for failing to promulgate even a basic understanding of a recovery plan.

Trump's "15 Days to Slow the Spread" program, which emphasizes limited public engagement, ends in one week.

At that point, the president should stress that at-risk individuals should still avoid leaving home, as should those in outbreak clusters, but the rest of the population of healthy adults should resume normal activities.

Trump should also begin suggesting that steps like ordering 40 million Californians to stay home due to a small number of deaths are overreactions from politicians who don't trust their citizens to make smart choices, and who don’t care about small businesses that power the economy.

In White House press conferences, he should gradually replace public health officials, who were important for the beginning of the crisis, but who have no real expertise in the economy or understanding about how to keep people off unemployment.

In their place, Trump should add pro-business figures. One possible choice would be former CKE Restaurants CEO Andy Puzder. As past head of the parent company of Hardee's and Carl's Jr., Puzder understands both big business and small business (franchisees) and can speak better than Mnuchin or Kudlow about the real business world outside of finance.

How Trump manages messaging about the recovery and how he uses the bully pulpit of the White House to curb hysteria and panic will determine whether he will be reelected. Keep your eye on October 29th, America.