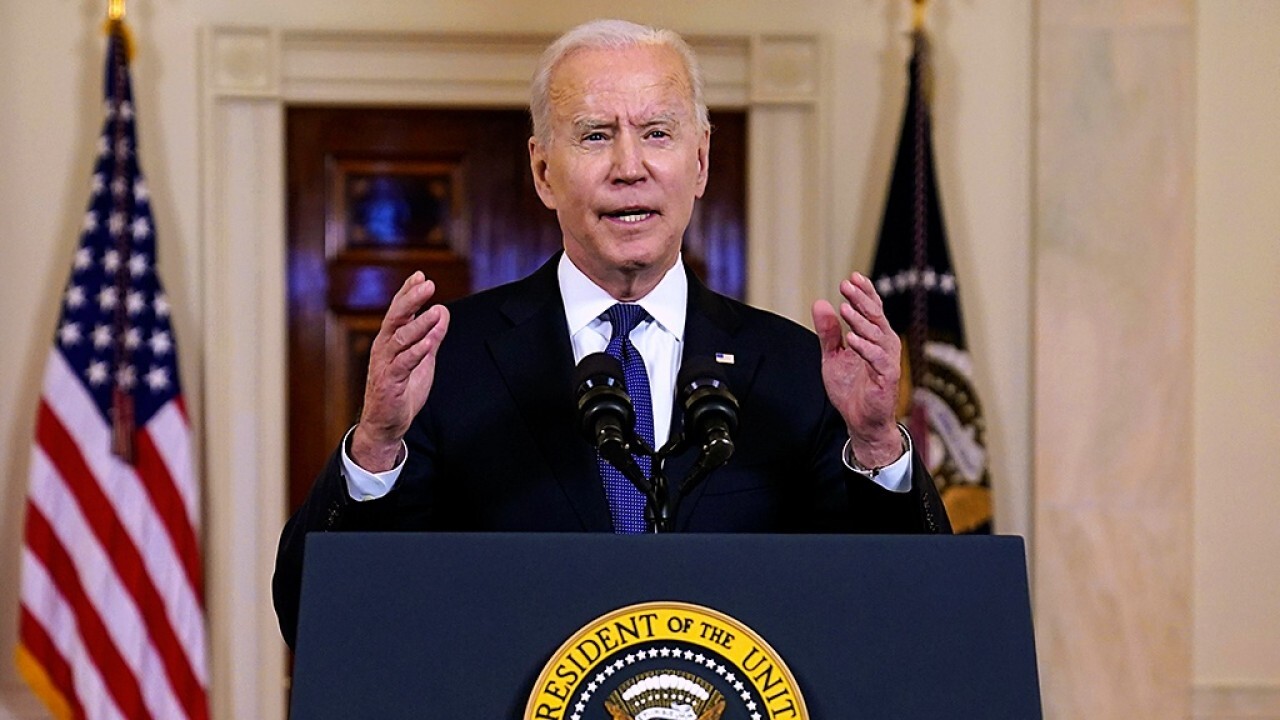 Does Biden infrastructure plan have any chance of getting bipartisan support?

U.S. companies are struggling with supply chain disruptions and hiring difficulties and expect consumer prices to rise across the country in coming months, the Federal Reserve said Wednesday.

Economic growth increased at a "moderate pace" from early April to late May, the U.S. central bank said in its region-by-region roundup of anecdotal information known as the Beige Book. The report, prepared by the Federal Reserve Bank of St. Louis, was based on information collected through May 25.

The increased vaccination rate, combined with the relaxation of most COVID-19 restrictions, helped contribute to the faster-than-expected growth, companies said.

Still, companies also cited underlying concerns that have the potential to slow down the economy's rebound: Homebuilders struggled to keep up with demand, manufacturers faced widespread shortages of materials and labor, along with delivery delays, and "it remained difficult for many firms to hire new workers, especially low-wage hourly workers, truck drivers, and skilled tradespeople."

The Fed warned that prices are rising and are expected to continue to increase.

"Strengthening demand, however, allowed some businesses, particularly manufacturers, builders, and transportation companies, to pass through much of the cost increases to their customers," the report said. "Looking forward, contacts anticipate facing cost increases and charging higher prices in coming months."

Businesses also reported difficulty onboarding new employees, even though the national unemployment rate is at 6.1% and there are more than 8 million open jobs.

"Overall, wage growth was moderate, and a growing number of firms offered signing bonuses and increased starting wages to attract and retain workers. Contacts expected that labor demand will remain strong, but supply constrained, in the months ahead," the report said.

The Beige Book precedes the Fed's two-day policy-setting meeting in two weeks, where officials are expected to shed light on the health of the nation's economy. Policymakers have repeatedly downplayed the threat of inflation and have committed to maintaining interest rates near zero and buying $120 billion in bonds each month until "labor market conditions have reached levels consistent with the Committee's assessments of maximum employment and inflation has risen to 2 percent and is on track to moderately exceed 2 percent for some time."