China signaled on Thursday that it plans to take retaliatory countermeasures against the latest round of U.S. tariffs on $300 billion of Chinese goods.

Beijing called the new 10 percent levy a violation of accords reached by Presidents Trump and Xi Jinping during their June meeting at the G20 summit in Osaka, Japan, when the leaders of the world’s two largest economies agreed to a tariff ceasefire.

TRUMP HINTS AT ‘PERSONAL MEETING’ WITH XI OVER PROTESTS, TRADE WAR
TRUMP'S CHINA TARIFF DELAY: WHAT IT MEANS FOR YOUR WALLET

Earlier this month, the U.S. said it would impose duties on $300 billion of Chinese goods beginning Sept. 1. However, Trump backed off that plan, saying Tuesday morning that he was going to delay the implementation of tariffs on a broad set of Chinese goods until Dec. 15 in the hopes of getting retailers through the critical holiday shopping season without any need for price hikes.

After the White House announced out the latest action -- and labeled China a currency manipulator -- Beijing responded by halting purchases of agricultural goods. 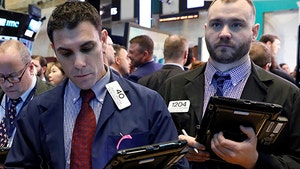 Despite the climbdown, the State Council Tariff Committee said in a statement on Thursday that China “has no choice but to take necessary measures to retaliate.” It’s unclear what those exact actions might be.

A spokesperson for the China Foreign Ministry sounded less combative, however, in a separate statement.

"We hope the US can work in concert with China to implement the two Presidents' consensus that was reached in Osaka, and to work out a mutually acceptable solution through equal-footed dialogue and consultation with mutual respect," the spokesperson said.

The Trump administration already imposes a 25 percent tariff on $250 billion worth of Chinese goods.