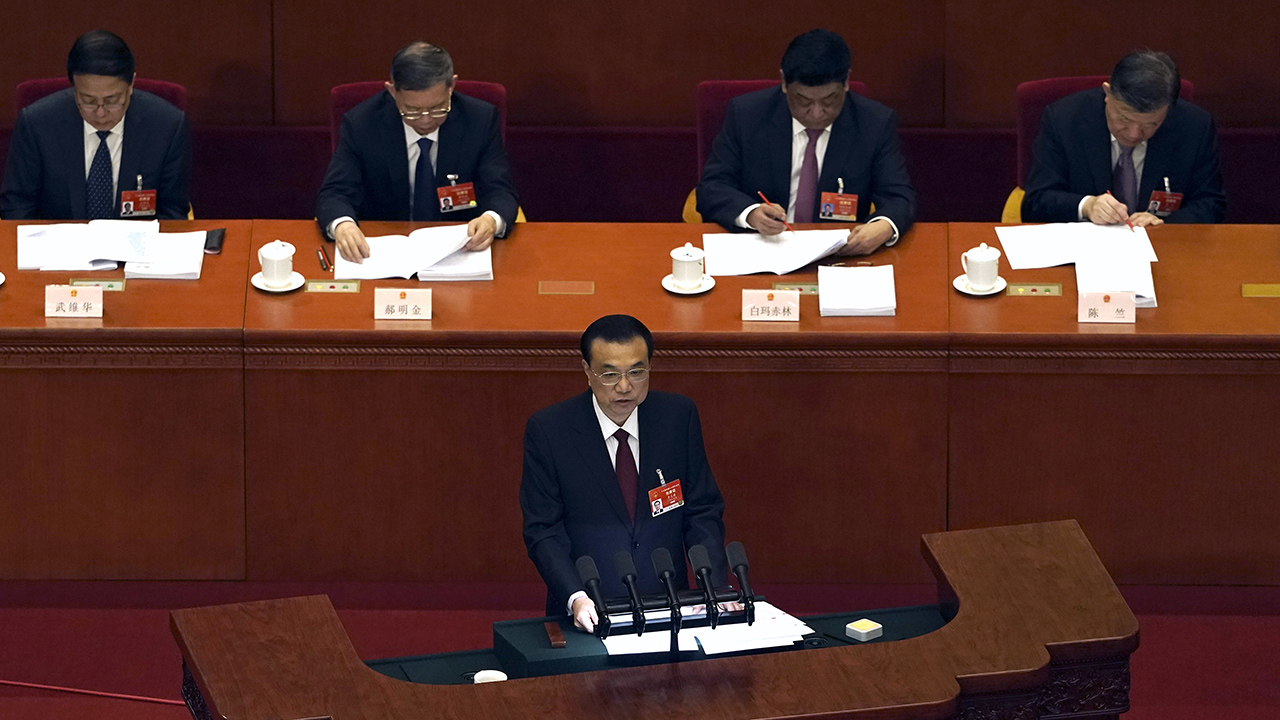 BEIJING—Chinese leaders said they would target gross domestic product growth of 6% or more this year, a relatively modest goal that nonetheless signals continued optimism after a year in which the coronavirus eviscerated the global economy.

The target, announced Friday in Beijing by Premier Li Keqiang, is comfortably lower than most economists’ expectations that the world’s second-largest economy will grow by 8% or more this year.

Even so, many economists had predicted that Beijing would forgo the numerical target altogether, as it did last year for the first time since 1994, yielding to the uncertainties of the Covid-19 pandemic.

China’s economy recovered relatively quickly from the initial outbreak centered in the Chinese city of Wuhan, and ended up with 2.3% growth for the year. It was the only major world economy to grow in 2020.

With growth momentum now at pre-virus levels, Beijing policy makers have signaled that they plan to gradually withdraw stimulus measures and focus instead on reining in debt and heading off an emerging bubble in the real-estate market.

Mr. Li said in the annual report on Friday that the government would seek to cut the fiscal-deficit target to 3.2% of China’s projected GDP this year, compared with a target of more than 3.6% in 2020.

Beijing also plans to reduce the amount of debt that local governments are permitted to raise, allowing localities to issue 3.65 trillion yuan, the equivalent of $580 billion, in local government special-purpose bonds in 2021, from the 3.75 trillion yuan earmarked last year. The bond proceeds primarily fund infrastructure projects.

Mr. Li said China aims to keep consumer price inflation at around 3% in 2021, compared with last year’s 3.5% target and its actual increase of 2.5%.

Beijing said the defense budget would increase by 6.8% in 2021, compared with a 6.6% increase last year.

The government’s targets were released at the opening of the annual session of China’s legislature, the National People’s Congress, at the Great Hall of the People in Beijing.

Friday’s gathering also unveiled a draft blueprint of China’s 14th five-year plan, covering 2021-25, as well as broad guidelines that would shape China’s growth model over the next decade and a half.

In their five-year plan, Chinese leaders broke with convention in not giving an average numerical growth target, saying only that they would plan to keep the economy running “within a reasonable range.” In the 2016-20 plan, the target was “more than 6.5%.”

Lawmakers will review the blueprint during the weeklong legislative session, according to the official agenda.

In lieu of a five-year GDP target, Beijing’s leaders said that they would aim to cap the surveyed urban unemployment rate at 5.5%, with labor productivity growth outpacing overall GDP growth. It also planned to increase the country’s urbanization rate to 65%, from 60.6% in 2019.

And underscoring the increasing importance China’s leaders ascribe to science and technology, total research and development expenditures will grow by more than 7% annually for the five years, they said.

The plan also pledged to keep the proportion of manufacturing “basically stable” during the 2021-25 period.

Mr. Li said China aims by 2025 to cut carbon dioxide emissions per unit of GDP by 18% from 2020 levels, the same pace as in the previous five-year plan, which China exceeded by achieving a reduction by 18.6%. It aims to cut energy consumption per unit of GDP by 13.5%.

Facing social and fiscal pressures stemming from a rapidly aging population, the government also plans to raise the statutory retirement age in “a phased manner,” reviving a long-mooted but unpopular proposal.

The proposal was mentioned in the five-year plan, without detail. Men currently can retire at 60, and female factory workers as early as 50. Female public-sector and white-collar workers can retire at 55.

The draft plan sets a goal of raising China’s average life expectancy by one year over the next five years. It was 77.3 years in 2019, according to the National Health Commission.

With the economy back on track, China’s policy makers also signaled a shift of focus to reining in financial risks and debt levels. Mr. Li said the government would keep China’s overall leverage ratio stable in 2021 while stepping up regulation of financial conglomerates and financial technology companies.

Beijing also aims to keep growth of money supply and total social financing on par with the economic growth. The premier called for the nation’s biggest commercial banks to maintain at least 30% loan growth to small firms and to extend loan relief to small business borrowers hit hard by the pandemic.

The government also said it would keep export and import volumes stable this year, and increase bank lending to the manufacturing sector and expand investment in the sector’s equipment upgrades.

China’s 2021 fiscal budget projected growth in annual revenue and expenditures of 8.1% and 1.8%, respectively.

Write to Jonathan Cheng at jonathan.cheng@wsj.com