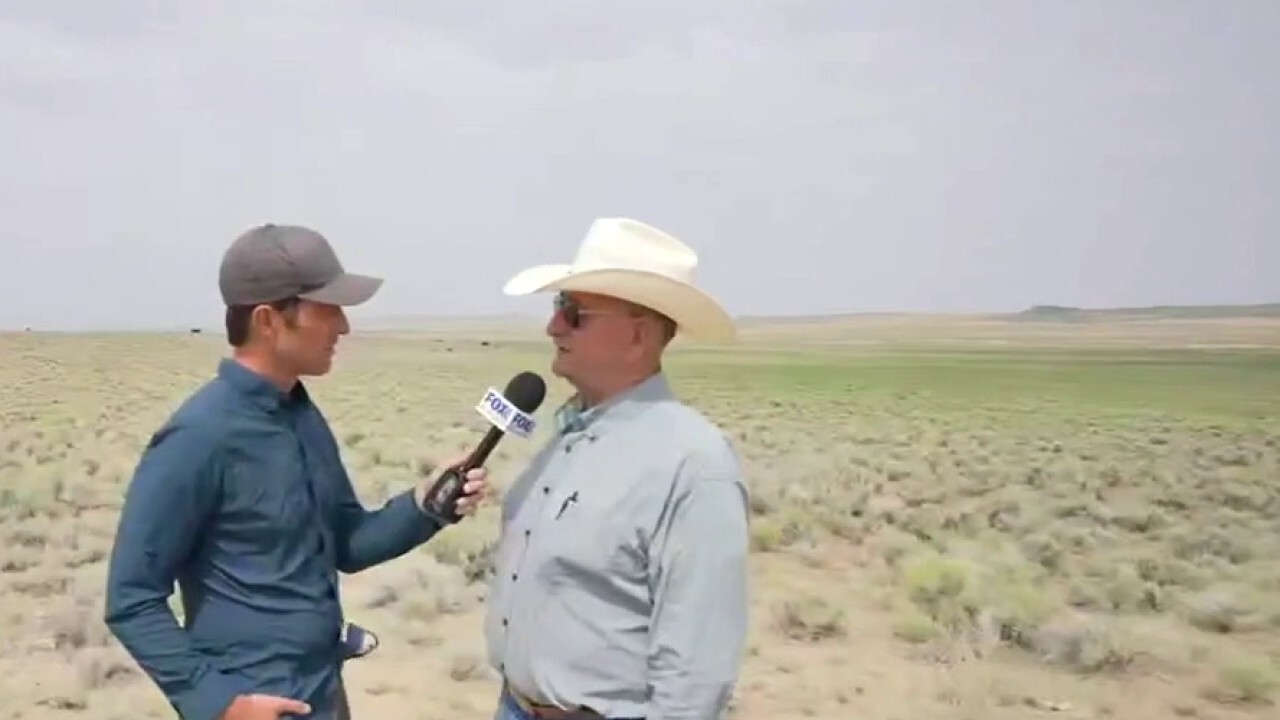 Worsening drought is causing ranchers to take a financial hit

Rancher Rob Hendry weighs in on the severity of the drought and how it has affected his cattle on 'Cavuto: Coast to Coast'

As the COVID-19 pandemic raged over the last year, California's almond industry has thrived.

Now, new water restrictions due to the West's historic drought could turn the more than $6 billion dollar industry's luck for the worse after the state's Water Resources Control Board approved an emergency resolution that empowers regulators to halt diversions from the state’s two largest river systems.

The order could apply to around 86% of landowners who have legal rights to divert water from the San Joaquin and Sacramento river watersheds. The remaining 14% could be impacted if conditions worsen.

As demand increases, critical water resources in the state continue to dry up and California made the decision Thursday to shut down the Edward Hyatt Power Plant, one of its largest hydropower plants.

While reservoirs parch, almond growers are working to meet a continued surge in demand for their product. The state grows about 85% of the world's supply, sending almonds to China and India.

Many in the industry have been put between a rock and a hard place – largely depending on where they're located – with those who have held water rights in the state the longest impacted the least.

Woolf Farming & Processing President and CEO Stuart Woolf, whose family-owned business has operated on the west side of Fresno County since the mid-1940s, is near the "bottom" of priority rights.

"You know, for the last couple of decades we’ve been losing our surface water; it’s been diverted for other things. So, we’re kind of used to not getting our water and trying to figure out how to do a workaround," he told Fox Business on Friday. "And like, now they’re starting to tell guys that have senior riparian rights, ‘You can’t pump out of the river anymore.’ And, we’re just hearing people totally freaking out about it because they’ve never had to do it before."

Woolf grows almonds, pistachios, wine grapes, processing tomatoes and other California staples like garlic, onions and some vegetable crops. They also have a couple of processing plants for tomato and almond paste.

FILE - In this June 9, 2021, file photo, a small stream runs through the dried, cracked earth of a former wetland near Tulelake, Calif. California regulators on Tuesday, Aug. 3 said some farmers in one of the country's most important agricultural reg (AP Photo/Nathan Howard, File)

Woolf said he markets about 75 to 80 million pounds of almonds annually.

While many almond growers are tied down by orchards that cannot be irrigated and have made the decision to pull precious almond trees or drop plans to plant more, Woolf has been shifting his almond acreage north for about a decade.

They moved as far north as Orland near Mendocino National Forest and as far south as Arvin, which is close to Sequoia National Forest, and saw that there was typically better water along the northern and eastern sides of the valley

"We realized [that in] the area we were in, we were perpetually coming up short with water. And, we used to actually think about, ‘Well, maybe we could go up into the northern part of the state, maybe buy some land and transfer water to our own ranch.’ But, just moving water around in the state is really difficult. So … we came to the conclusion: ‘We should just start farming in other parts of the state where there’s better water and not think about trying to move it here,'" he said.

However, even as some make the tough decision to cut certain crops and allocate water solely for almonds, many farmers are finding the demand is exceeding what they can produce.

Record-breaking heat waves fueled by climate change have not helped growers and a recent report from Phys.org highlighted that more than 100-degree temperatures have sped up decomposition.

Woolf said that while growers recognize the "dire" situation in the state, water has been transferred for other purposes in recent years, making it "vastly more unreliable."

He added that if the water supply is continuously constricted, crop prices will have to rise.

"If you think of California as one farm, we’re going to be really changing, over the course of time, the crop back in California," Woolf said.

The Sacramento Bee said last week that while the board had imposed emergency curtailment orders on limited groups of farmers in 2014 and 2015, it was never done on as broad a scale as now.

"In general, farmers understand drought and they understand lean rain years. That’s the business we’re in," he said. "But they don’t understand the downward slide in water reliability we are facing in California, sort of on a systemic level."

The Almond Board of California's President and CEO Richard Waycott told Fox Business on Friday that most almond growers are just trying to make it through the harvest and the end of the year, though he noted that the impact on any one grower is different up and down the state.

"I would say that certain parts of the state where they did not get any surface water allocations and they’re not in a good groundwater position, then they’re struggling, and they will do what they can to get through," he noted.

According to Waycott, the biggest impacts of the drought include diminishing yields, less potential revenue for growers and smaller-sized tree nuts.

He pointed out that, as it has for generations, farming comes with a lot of risks.

Notably, both Woolf and Waycott brought up the Sustainable Groundwater Management Act (SGMA): a policy enacted in 2014 to prevent overdrafts and protect water quality that reports say will have negative economic impacts on the agriculture sector totaling billions of dollars.

Relocation due to drought or water scarcity comes with a price and it's not cheap. Waycott said this is something the banks are watching closely.

"A major factor in what happens to [agriculture] in California in the long-run is, ‘Will there be the capital to relocate?’" he mused.

That said, he believes the future of the 100,000-person industry is bright as long as farmers can "take some of the uncertainty out" of water availability and "allow growers to make longer-term decisions."

"It’s great food that we produce and a very responsible and progressive industry that’s trying to do their best with the hand that they’ve been dealt," Waycott said.

The industry's water woes come amidst a devastating pandemic that has been largely crippling for the U.S. economy, closing restaurants and movie theaters and forcing workers to stay at home. 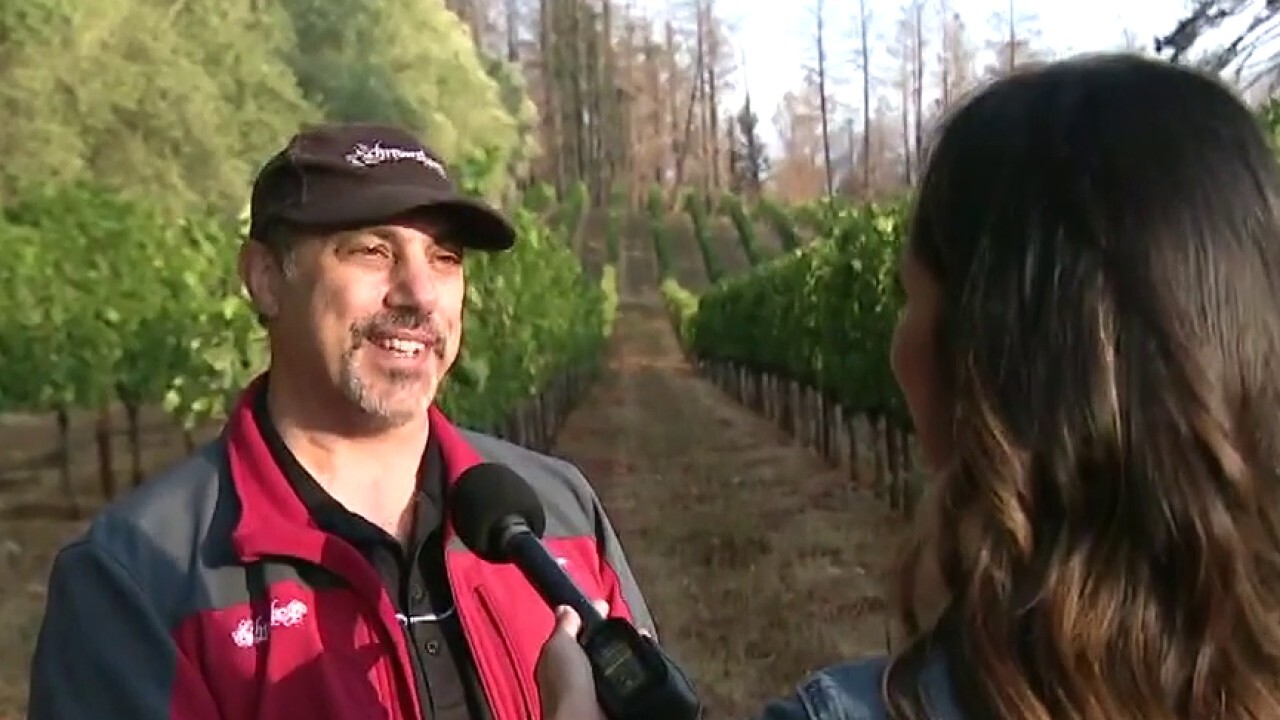 But while some sectors were suffering, the almond industry was thriving despite initial anxiety.

"We had a huge crop right when the pandemic was hitting, and we were thinking, ‘Oh God, if demand falls off and we’ve got this huge supply, the market’s just gonna crash, right?’ We saw almond prices drop considerably," Woolf recalled.

"But what we didn’t anticipate is consumers did a lot of … pantry loading and everything. So, we actually saw — much to our surprise — we had very strong shipments, not only domestically but our export numbers were very good for the industry," he said, pointing out that of the first 11 months of the past year's almond crop, 10 were "all-time, record-breaking shipping periods."

In 2020, the almond industry produced a record 3.1 billion pounds, which Waycott said was the "largest crop [they've] ever had."

"It’s just one of those strange circumstances where there was all this heartache and calamity going on at the same time … [and] we sort of had a boom in demand," he said.

Woolf told Fox Business that it's "hard not to be a little bullish right now."

According to the Turlock Journal, during the 2019-2020 crop year, California produced 2.55 billion pounds of almonds and exported nearly 1.6 billion pounds.

A U.S Department of Agriculture report predicts this year's crop will weigh in at a record 2.8 billion pounds.