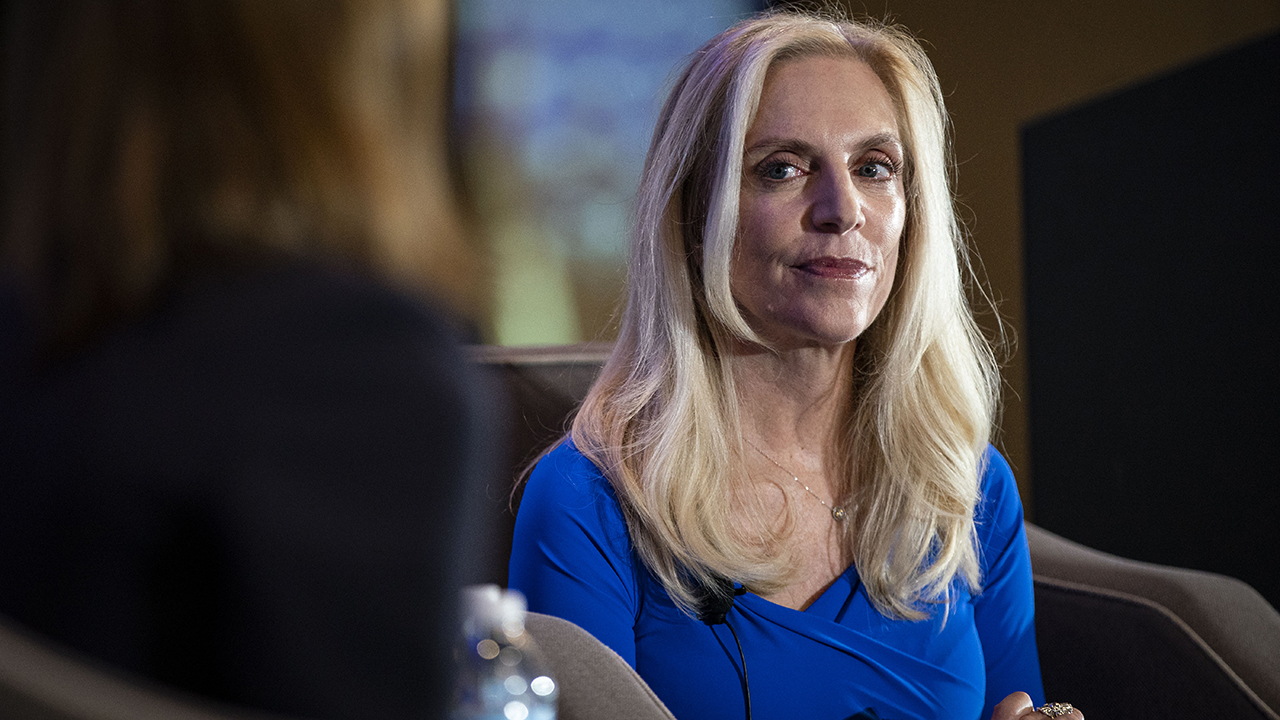 President Biden on Friday announced three new nominations for the Federal Reserve's Board of Governors, including progressive favorite Sarah Bloom Raskin for the top regulatory spot, as the central bank confronts the hottest inflation in a generation.

In addition to tapping Raskin to serve as vice chair for supervision, Biden selected academic economists Lisa Cook and Philip Jefferson to fill the remaining vacancies on the Fed's seven-member board.

"We are at a moment of historic economic progress alongside unique economic challenges as we work to drive our recovery forward," Biden said in a statement. "This is a moment that calls for sound, independent leadership from the Board of Governors at the Federal Reserve."

The three economists will join the Fed at an uncertain time for the U.S. economy – although growing at a solid pace, it faces challenges in the year ahead from repeated COVID-19 outbreaks, surging consumer prices, a labor shortage and supply-chain bottlenecks. Policymakers have indicated in recent weeks that they will take action in the coming months to combat the highest inflation in four decades, a challenging task that risks undermining the economy's recovery from the pandemic.

Sarah Bloom Raskin during an open meeting of the Board of Governors of the Federal Reserve in Washington, D.C., on Dec. 10, 2013.  (Photographer: Andrew Harrer/Bloomberg via Getty Images / Getty Images)

The nominees will be required to testify before the Senate Banking Committee and be confirmed by a simple majority vote in the Senate. If approved, Cook would be the first Black woman to serve on the Fed's board in its 108-year history, while Jefferson would be the fourth Black man to do so. The board would also consist of a majority of women for the first time ever.

As vice chair for supervision, Raskin – a Duke University law professor who has held high-level jobs at both the Treasury Department and the Fed – would oversee annual stress tests that review bank safety and liquidity. Her nomination has been welcomed by progressive senators and advocacy groups, who think she will take a tougher stance against Wall Street than her predecessor, Randal Quarles, a Trump nominee who stepped down last month.

"Sarah Bloom Raskin is a tough and thoughtful financial regulator with decades of experience at both the state and federal levels," Sen. Elizabeth Warren, D-Mass., said in a statement. "In the important role of Vice Chair for Supervision, she brings a commitment to protect the American people that has been sorely missing from the Fed Board for years."

"While liberals are praising Ms. Raskin as an anti-global warming hero who will save the planet, Senate Republicans have serious concerns about Ms. Raskin’s desire for the Fed to engage in mission creep by exceeding the bounds of its narrow statutory mandate in order to pursue a liberal social agenda, particularly on climate change," a Senate Banking Committee aide told FOX Business.

Sen. Pat Toomey, the ranking member of the Senate Banking Committee, is expected to press Raskin over her view that federal policymakers take "bold actions" in order to avoid an "economic catastrophe" brought on by climate change. He also plans to question her calls for the Fed to allocate credit to businesses and deny credit to disfavored ones, such as oil and gas companies.

"I have serious concerns that she would abuse the Fed’s narrow statutory mandates on monetary policy and banking supervision to have the central bank actively engaged in capital allocation. Such actions not only threaten both the Fed’s independence and effectiveness, but would also weaken economic growth," Toomey, R-Pa., said in a statement.

Raskin previously served on the Fed's board from 2010 to 2014 and was tapped by former President Obama to serve as assistant Treasury secretary.