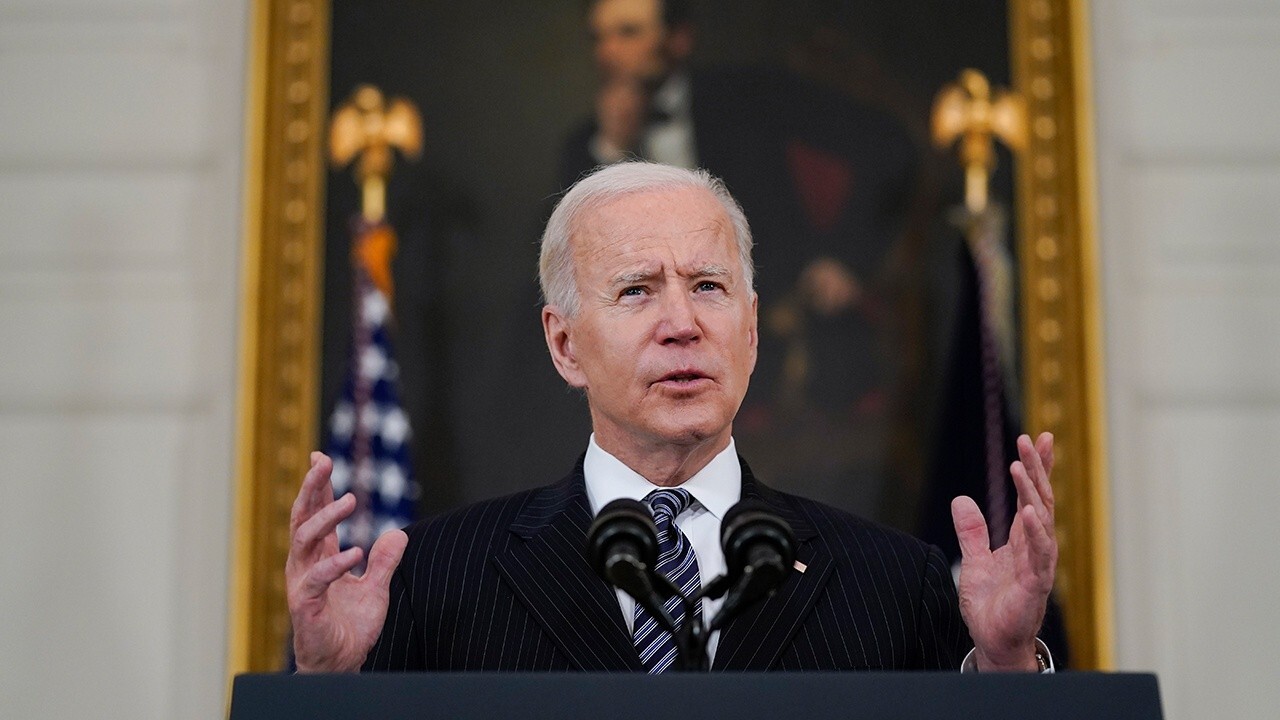 President Biden on Wednesday said he is willing to lower the proposed corporate tax increase included in his nearly $2.3 trillion spending proposal amid pushback from Republicans and some moderate Democrats.

The president's comments came during remarks he delivered about the need for Congress to pass his eight-year initiative, dubbed the American Jobs Plan, that would make massive investments in the nation's roads and bridges, as well as transit systems, schools and hospitals. Biden proposed paying for the measure by raising the corporate tax rate to 28% from 21% – reversing part of Republicans' 2017 tax cuts – and increasing the global minimum tax on U.S. corporations to 21% from 13%.

But the plan has drawn a swift rebuke from Republicans in addition to some members of Biden's own party, who have raised concerns that the tax increases included in the measure could derail the economy's recovery from the pandemic and hurt U.S. competitiveness abroad.

Sen. Joe Manchin, D-W.Va., has suggested the administration should instead pay for the measure by increasing the corporate tax rate to 25% and closing loopholes used by wealthy Americans to dodge taxes.

"As this bill exists today, it needs to be changed," Manchin, one of the most powerful lawmakers in the 50-50 Senate, said during a radio interview with West Virginia MetroNews. "Bottom line is, that's what legislation is all about. This bill will not be in the same form you've seen introduced or seen people talking about."

At the same time, GOP lawmakers have slammed the measure as a "trojan horse" that conceals significant tax hikes and spends billions on projects unrelated to infrastructure.

The plan calls for $621 billion in new spending on roads, bridges, rail, ports, waterways, airports, public transportation and electric vehicles. But just $115 billion, or roughly 5.6% of total spending, would go toward modernizing 20,000 miles of highways, roads and main streets that are "in most critical need of repair," as well as repairing the most "economic significant large bridges" and roughly 10,000 smaller bridges, according to a fact sheet released by the White House.

The proposal also includes hundreds of billions of dollars for a slew of other initiatives, including $111 billion to rebuild the nation's water infrastructure, $100 billion to create new public schools and upgrade existing buildings, $213 billion to design more than 2 million affordable homes, $400 billion to bolster caregiving for elderly and disabled Americans, $174 billion to invest in electric vehicles and $100 billion to bring high-speed broadband internet to all Americans.

Biden defended the spending breakdown and said the idea of infrastructure has historically evolved to meet the "aspirations of people and their needs" and is "evolving again today."

He also said his administration was willing to work with Republican lawmakers on infrastructure after Democrats passed the $1.9 trillion coronavirus relief package last month without a single GOP vote.

“We don’t just fix for today," he said. "We build for tomorrow."