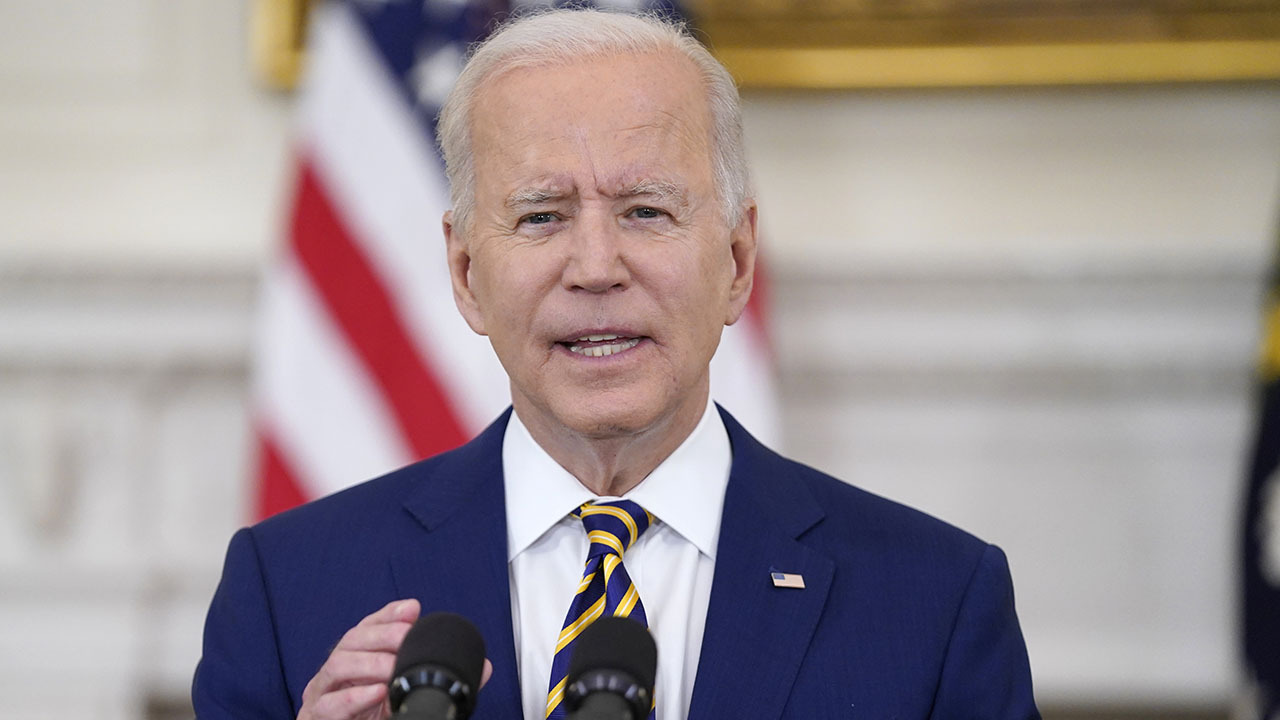 President Biden announced Monday that he will nominate Jerome Powell to a second term as chairman of the Federal Reserve, signaling that he believes the battle-tested central bank chief, who navigated the U.S. economy through the depths of the worst recession in nearly a century, is the best person for one of the most high-stakes jobs in the world.

The announcement ends months of speculation over whether Biden would stick with Powell, a Republican nominated by former President Donald Trump in 2017, or attempt to reshape the central bank by tapping Lael Brainard, the sole Democrat on the Fed's Board of Governors, to lead it. Only one Democrat has been selected for the top post in more than three decades.

Brainard has instead been chosen as vice chair of the board of governors, the No. 2 job at the Fed; she will succeed Richard Clarida, whose term expires Jan. 31, 2022. The nominations now head to the Senate for confirmation.

The Fed chair – one of the most powerful players in Washington, with the ability to dictate the pace of economic growth – is typically nominated for a second term, often to reinforce the central bank's independence from politics. Powell's four-year term was slated to end in February.

Choosing whom to tap is one of the most consequential economic decisions that Biden has made during his first year in the Oval Office, particularly as the White House seeks to quell growing voter unrest about the state of the U.S. economy amid surging prices for everything from meat to gasoline to clothing.

"I’m confident that Chair Powell and Dr. Brainard’s focus on keeping inflation low, prices stable, and delivering full employment will make our economy stronger than ever before," Biden said in a statement. Together, they also share my deep belief that urgent action is needed to address the economic risks posed by climate change, and stay ahead of emerging risks in our financial system."

The Fed closely tracks inflation and is responsible for keeping consumer prices stable while also pushing for full employment. The coming months could see central bank policymakers forced to make difficult policy decisions as they seek to balance the contrasting goals; although inflation is currently at a 31-year high, the labor market – despite a faster-than-expected recovery, with unemployment tumbling from 14.6% in March 2020 to 4.6% in October 2021 – has not yet returned to pre-pandemic levels.

Fed officials began slowing their massive bond-purchase program this month, the first step toward unwinding the unprecedented amount of fiscal support for the U.S. economy during the pandemic. Powell has previously signaled the Fed will conclude tapering the $120 billion monthly bond purchases before moving to raise interest rates from their rock-bottom level.

Members of Biden's economic team, including Treasury Secretary Janet Yellen, favored Powell for a second term after he steered the U.S. through the coronavirus pandemic. Biden, in making the decision, lauded Powell for the "decisive" action the central bank took in the early days of the pandemic, which many economists credited with staving off a deeper and more painful downturn.

But the move is sure to infuriate some progressive lawmakers, who had urged Biden to replace Powell with a candidate more focused on mitigating climate change risks and who favored stricter bank regulation. Under Powell, the Fed reduced certain regulations on big banks, including making it easier for them to make risky trades and easing tests that examine if they could withstand another major economic downturn.

The left was also critical of a trading scandal that forced two top Fed officials to resign and Powell to overhaul the central bank's conflict-of-interest rules in order to contain the controversy.

Sen. Elizabeth Warren called Powell, to his face, a "dangerous man" and pledged to oppose him if he were renominated. Sens. Sheldon Whitehouse of Rhode Island and Jeff Merkley of Oregon also released a statement on Friday opposing Powell's reappointment.

A source familiar with the matter told FOX Business that Biden and his administration have regularly engaged with a wide range of lawmakers and stakeholders on the matter, including both progressive and moderate Democrats on Capitol Hill. Biden met with Warren at the White House to gather her input on this decision, and has been in close contact with Senate Finance Chairman Sherrod Brown, D-Ohio.

Powell and Brainard are remarkably aligned on monetary policy and have both argued that a recent inflation surge – prices rose 6.2% over the past year, the government reported recently – is likely to abate as pandemic-induced disruptions in the supply chain ease. But Brainard, unlike Powell, has been a vocal advocate for stricter regulation of banks, and has dissented on 23 Fed board votes since Powell became chairman in 2018, garnering her approval from Democratic lawmakers.

Still, Powell won widespread support on Capitol Hill during the coronavirus pandemic for the quick and unprecedented action that the Fed took to prevent a full-blown financial crisis and has secured support from a key group of Senate Republicans, who have indicated they could help him get confirmed in a deeply divided 50-50 Senate. He was confirmed last time by an 84-13 vote.

"When the pandemic hit in 2020, Chairman Powell acted swiftly and took extraordinary and necessary steps to help stabilize financial markets and the economy," Sen. Pat Toomey, the ranking member of the Senate Finance Committee., said in a statement on Monday morning. "I look forward to supporting his confirmation."

Although he was nominated by Trump in 2018, Powell faced relentless criticism from the former president, who repeatedly threatened to fire the Fed chairman and admonished him as a "bonehead" for trying to normalize policy. In nominating Powell, Trump also broke with precedent in passing over Yellen, the former Fed chair was nominated by then-President Barack Obama, for a second term.

Powell has been closely aligned with Biden and Democrats, pledging to keep the Fed's foot on the gas until the labor market reaches pre-pandemic levels and all Americans benefit from the recovery. In March 2020, the Fed slashed interest rates to near zero and launched a massive bond-buying program, pushing the central bank's balance sheet to a stunning $8 trillion.

Policymakers only began withdrawing support for the economy this month, announcing in early November that they would reduce the $120 billion in Treasury bond and mortgage-backed security purchases by $15 billion a month.

Powell has given no hint that higher inflation will prompt him or other Fed officials to raise interest rates from their rock-bottom level, steadfast in his stance that those developments are not a reason to accelerate the central bank's plans. He has suggested the Fed will wait until the tapering of bond purchases concludes and until officials determine the labor market is fully recovered.