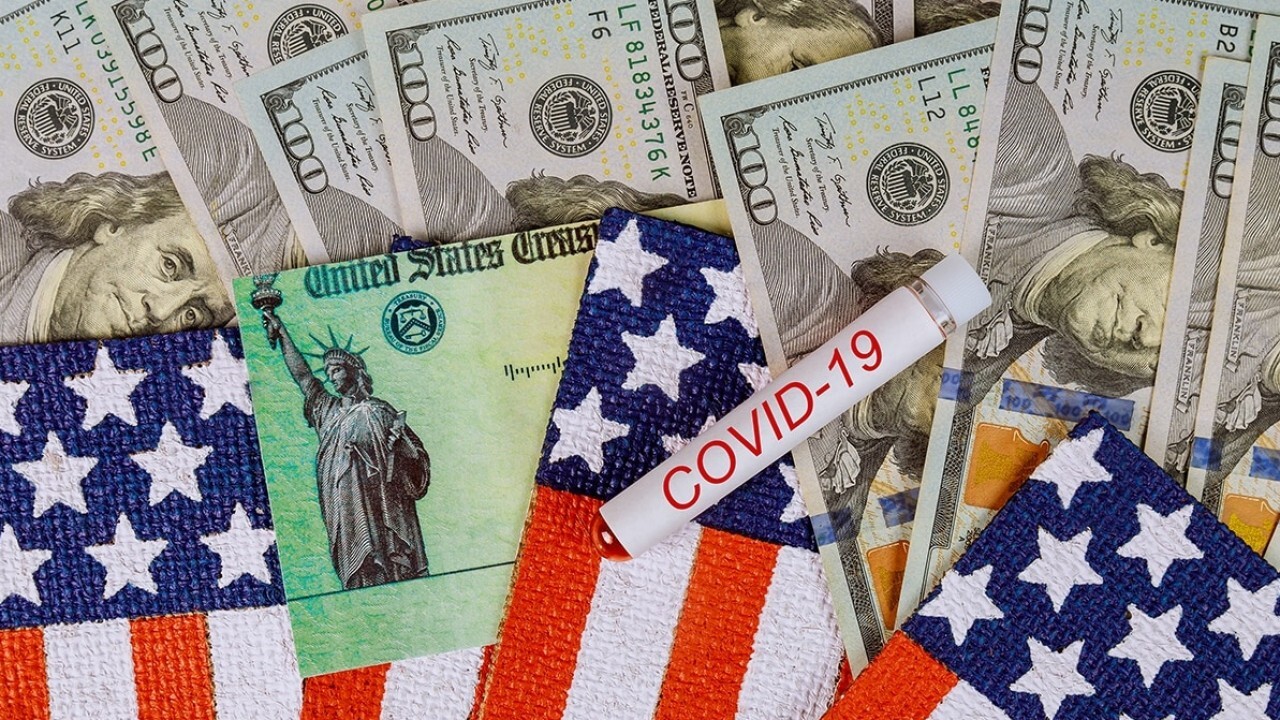 President Biden has endorsed a plan from moderate Democrats to narrow income eligibility for the third round of stimulus checks in his nearly $2 trillion coronavirus relief package, a Democratic source said Wednesday.

Under the latest proposal, Americans earning $75,000 or less would receive the fully promised $1,400 payment. But the checks would phase out faster for individuals at higher income levels than in the version passed Saturday by House Democrats, with individuals making $80,000 a year or more and couples making $160,000 a year, or higher, no longer qualifying for the money.

The House version of the bill would also send the $1,400 payments to individuals earning $75,000 or below each year, but the money would phase out slower, with the eligibility cut-off at $100,000 for individuals and $200,000 per year for couples.

But progressives have signaled they will fight against tightening the income criteria for the payments.

"Further 'targeting' or 'tightening' eligibility means taking survival checks away from millions of families who got them last time," Rep. Pramila Jayapal, who chairs the Congressional Progressive Caucus, tweeted this week. "That's bad policy and bad politics too."

Stimulus check eligibility emerged as a major point of contention between different ideological factions of the Democratic Party. The party can't afford to lose the support of even a single Senate Democrat, as it needs all 50 members to pass the measure via simple majority with a procedural tool known as budget reconciliation.

Sen. Joe Manchin, D-W.V., has repeatedly argued the payments need to be better targeted and reportedly called for the checks to begin phasing out for individuals earning more than $50,000. Manchin also pushed to keep supplemental unemployment benefits at their current level of $300 a week, rather than increase them to $400 a week, as endorsed by Biden.

But the source told FOX Business that change is unlikely to happen.