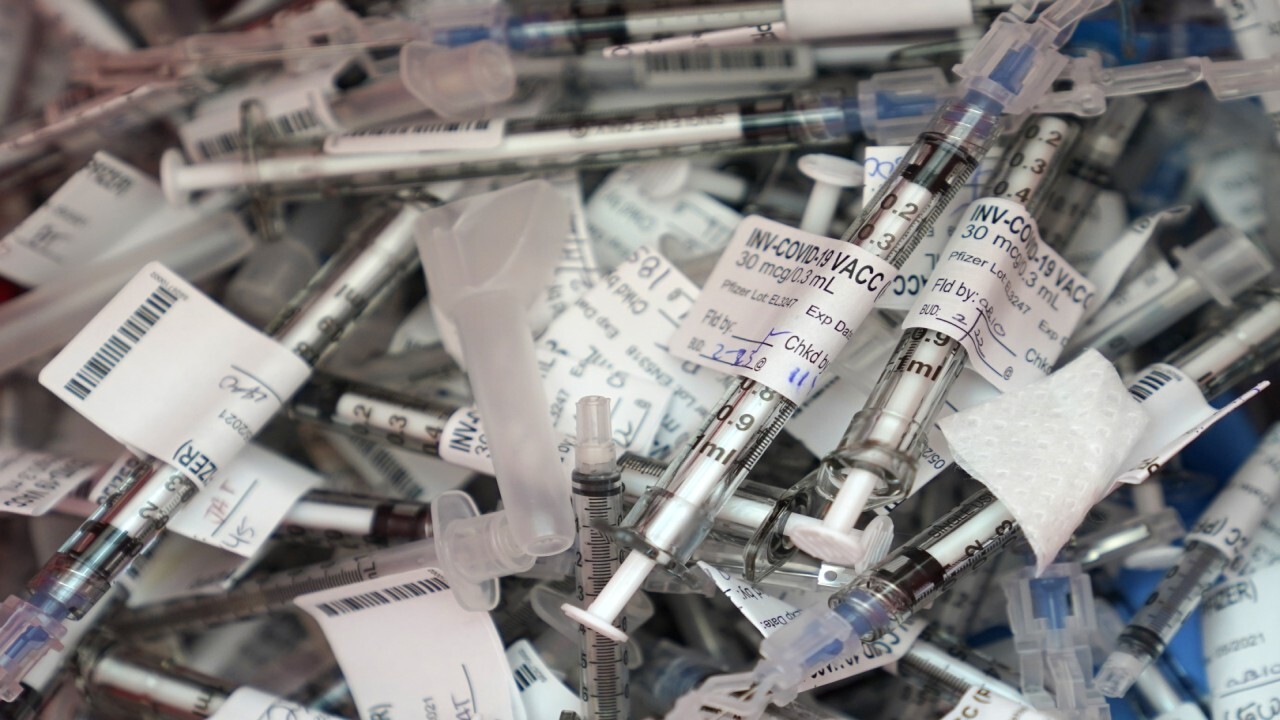 Democrats are on track to approve hundreds of billions of dollars in no-strings-attached aid for state and local governments in the latest coronavirus relief package, but new data suggests the funding may not be necessary after state tax revenues emerged from the pandemic largely unscathed.

While some state and local budgets took a financial hit due to the pandemic-induced recession, the majority of states actually ended up collecting nearly as much revenue in 2020 as they did the previous year, according to a JPMorgan survey published at the end of January. State revenue in 2020 was "virtually flat" when compared with 2019, declining just 0.12%, according to the data, which is based on the 47 states that report monthly tax revenue.

Federal stimulus money — particularly the $600 a week unemployment supplement — played a vital role in keep states' revenues afloat and avoiding a replay of the 2008 financial crisis, when state revenues experienced a record drop and took years to recover, exacerbating the lingering effects of the downturn.

A separate analysis from Moody’s Analytics found that 31 states have enough cash to fully absorb the economic pain of the pandemic recession on their own.

"This is not an effort to actually find solutions, this is an effort to pay off big cities and blue states that have been behaving irresponsibly and have been basically a cesspool of mismanagement for decades," Sen. John Barrasso, the third-ranking Republican, told FOX Business.

Barrasso, who chairs the Senate Republican Conference, and Sen. Rick Scott, R-Fla., are leading a press conference of 10 Republicans on Wednesday afternoon, during which they plan to slam Democrats for including hundreds of billions of dollars for state governments.

"They're using a different formula this time to distribute the money, and it gives priority to states that basically stayed locked down the longest," Barrasso, R-Wyo., said. "It penalizes the states that got back to work the soonest."

Funding for state and local governments emerged as one of the most contentious issues in relief negotiations last year and remains fiercely debated: Republicans have disparaged it as a "blue-state bailout," while Democrats have argued the money is needed to avoid potentially devastating service cutbacks or layoffs, since local governments can't run deficits in the same capacity as the federal government.

Now that Joe Biden is president and Democrats control both chambers of Congress, they're pushing forward with unfettered aid for state and local governments.

The relief bill passed by the House last week includes $350 billion for the long-time goal, with $195.3 billion directed toward state governments and Washington, and $130.2 billion allocated for local governments. An additional $20 billion would be given to federally recognized tribal governments, while $4.5 billion would go to U.S. territories.

More money will be given to states with higher unemployment rates, a proposal that's irked some states in the south and midwest, which tend to have Republican governors and better jobless rates. While many Democrat-led states implemented strict lockdown measures to curb the virus, some of their GOP counterparts adopted a more laissez-faire approach, allowing businesses to remain open for a better part of the pandemic.

In a blistering statement issued over the weekend, 22 governors — 21 Republicans and one Democrat — criticized the "biased" formula used to determine how much aid each state will receive and urged the Biden administration to instead distribute money based on population.

"A state’s ability to keep businesses open and people employed should not be a penalizing factor when distributing funds," the governors, led by South Carolina Gov. Henry McMaster, wrote. "If Congress is going to provide aid to states, it should be on an equitable population basis.”

The Senate could move as soon as this week to pass the relief measure, with Democrats using a tactic known as budget reconciliation to approve it using their slimmest-possible majority and avoid a Republican filibuster. GOP senators plan to introduce a slew of amendments to the bill during the "vote-a-rama" this week, including eliminating all of — or at least reducing — aid for state governments, Barrasso said.

"The first five coronavirus bills we did were bipartisan," he said. "This is number six and it should’ve been bipartisan. But it’s completely 100% Democrat-driven."

Still, some local lawmakers maintain the aid is needed: In a January letter addressed to the top four congressional leaders, more than 400 mayors urged "immediate action" on Biden's relief plan, citing the "long overdue" need for direct fiscal assistance to all cities.

"As the economic engines of our country, local governments will be relied upon to lead the long-term economic recovery our nation so desperately needs, even as, with few exceptions, cities have been largely left without direct federal assistance," the mayors wrote. "The lack of adequate support has resulted in budget cuts, service reductions, and job losses."

The nation's debt has been pushed to a record high due to massive amounts of coronavirus relief spending and is poised to hit $30 trillion this year once Democrats pass the latest stimulus package.