WASHINGTON — Administration officials are crafting a plan for a multipart infrastructure and economic package that could cost as much as $3 trillion and fulfill key elements of President Biden’s campaign agenda, according to people involved in the discussions.

The first proposal would center on roads, bridges and other infrastructure projects and include many of the climate-change initiatives Mr. Biden outlined in the “Build Back Better” plan he released during the 2020 campaign.

That package would be followed by measures focusing on education and other priorities, including extending the newly expanded child tax credit scheduled to expire at the end of the year and providing for universal prekindergarten and tuition-free community college, the people said.

The packages could face a difficult path through the narrowly divided Congress, and Democrats aren’t all in agreement on how they should move forward with their spending and tax proposals. Mr. Biden is expected to be briefed on the details of the proposals this week, and the people warned that the strategy is preliminary. Mr. Biden would need to sign off on the legislative strategy for it to move forward.

Some details of the strategy under consideration were reported earlier by the New York Times.

The White House declined to elaborate on the proposals under consideration.

“Those conversations are ongoing, so any speculation about future economic proposals is premature and not a reflection of the White House’s thinking,” White House press secretary Jen Psaki said in a statement.

Contractors work on a road under repair along Highway 101 in San Mateo, California, U.S., on Wednesday, March 17, 2021. The centerpiece of President Biden's next big priority after pandemic relief, a massive transportation infrastructure package, cou

The price tag of the next package is sure to draw objections from Republicans, who opposed the recently signed $1.9 trillion coronavirus relief law as too costly.

Senate Minority Leader Mitch McConnell (R., Ky.), speaking on the Senate floor Monday, panned the idea of including other Democratic priorities in an infrastructure package.

“We’re hearing the next few months might bring a so-called ‘infrastructure’ proposal that may actually be a Trojan horse for massive tax hikes and other job-killing left-wing policies,” he said.

Senior administration officials have discussed raising taxes on companies, among other options, to offset the cost of the spending packages. If the proposals add up to $3 trillion over a decade, that would represent 1% of GDP and a 5% increase in federal spending beyond current projections. 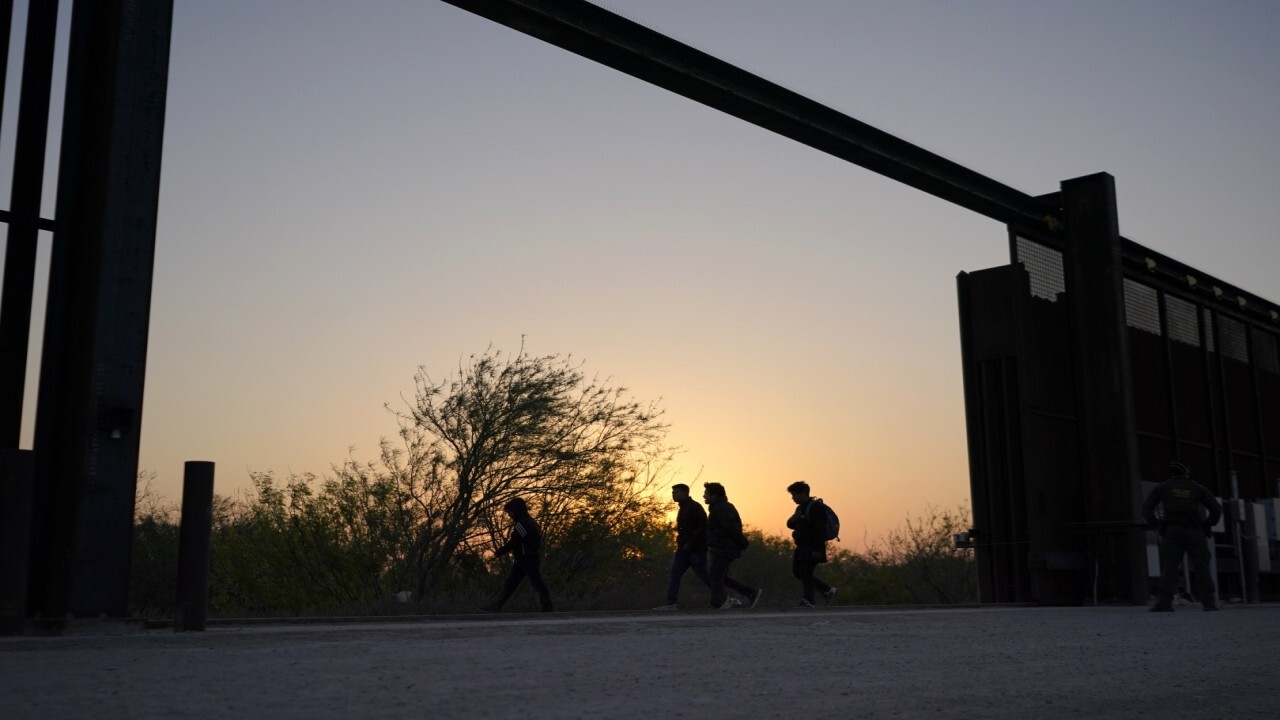 During his presidential campaign, Mr. Biden proposed more than $3 trillion in gross tax increases over a decade. Progressives point to polling data, such as from Gallup, showing that people think companies and wealthy people pay too little in taxes. But the president would need nearly every Democrat in the narrowly divided Congress on board to advance them, given Republicans’ widespread opposition to raising taxes.

Mr. Biden and his advisers must also decide how much of their proposal to finance with more borrowing that would add to the federal debt, which has risen nearly 25% over the past year to $21.8 trillion. The president has said he intends to pay for new permanent spending programs. However, his advisers have also argued that investments that boost the economy’s long-term growth potential may be worth financing through more deficits, especially with interest rates expected to remain near historic lows.

The economic and jobs proposals are being designed to form the centerpiece of Mr. Biden’s next legislative push in Congress following the passage of his $1.9 trillion coronavirus relief law, which the administration has been promoting around the country.

Mr. Biden is expected to discuss his agenda during his first formal news conference Thursday and in his first address to a joint session of Congress in the coming weeks.

The path forward for the proposals on Capitol Hill could depend on whether Democrats can win Republican support for either of the two packages. To pass a bill without the 60 votes typically needed to advance legislation in the Senate—which is currently split 50-50—Democrats would need to use a process called reconciliation. They used that process to pass Mr. Biden’s $1.9 trillion coronavirus relief bill without Republican votes.

Budget laws limit the number of bills that Congress can pass through reconciliation, meaning Democrats can’t pass both of the new packages that way this year. Some Republicans have expressed interest in infrastructure projects, but bipartisan agreement has been elusive for years, held up by disagreements about the price tag and how to pay for it.

Consolidating the infrastructure and education-related proposals into one package could also be tricky.

“We should show some level of discipline as it relates to what we put in a bill that we call an infrastructure bill,” said Rep. Stephanie Murphy (D., Fla.)

Some Democrats are pushing for the administration to reach a bipartisan agreement on infrastructure spending focused on roads, bridges, transit systems and more. That could mean later considering major tax measures through reconciliation, given the low chances Republicans would sign on to big tax increases.

Democrats passed a $1.5 trillion infrastructure bill in the House last year without including any revenue increases. It went nowhere in the Senate, which was then controlled by Republicans.

Progressives want an expanded infrastructure proposal that will begin to fulfill some of Mr. Biden’s promises on climate change.

The Sunrise Movement, a liberal organization that worked closely with Mr. Biden’s campaign, said $3 trillion would be insufficient to address the nation’s renewable infrastructure needs and urged the Biden administration not to focus on trying to win GOP support.

“Biden must not cower to fears of losing bipartisanship—Republicans have already made clear they’re not interested in working with Democrats—and must deliver an infrastructure package that meets the scale of this moment,” said Ellen Sciales, a Sunrise Movement spokeswoman.

Mr. Biden on Monday night pitched his ideas to Democratic senators, specifically on infrastructure and education while saying he wants to make the tax system fairer, according to a person familiar with the virtual meeting.

He said he hopes Republicans will lend their support but called on Democrats and allies to stick together, arguing the public will remember big steps to tackle the pandemic.

— Richard Rubin and Kate Davidson contributed to this article.