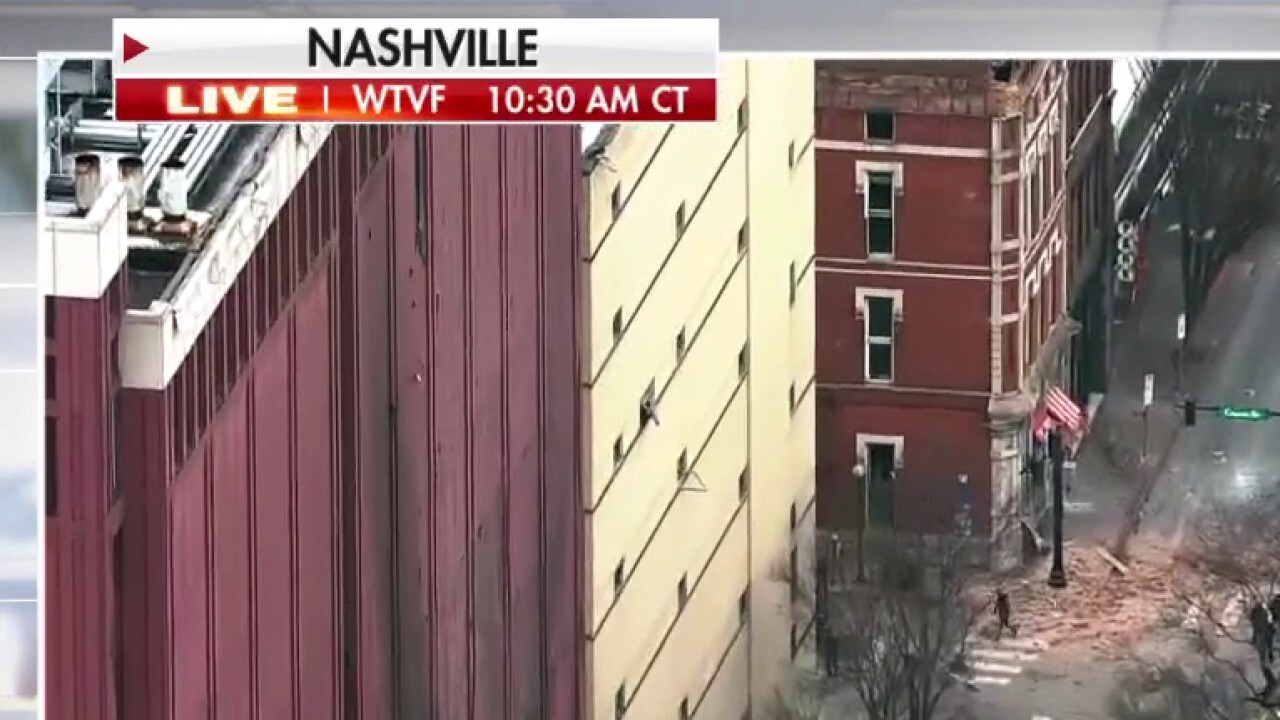 AT&T said Sunday afternoon that more than 75% of its mobility sites have been restored with "additional improvements" expected as more of the company's equipment comes back online.

"We continue to connect generator power to equipment and refuel generators as needed," AT&T added. "We expect to activate power to at least four additional floors of the building during the day today and are working on the cooling equipment to manage the temperatures in the facility. Teams are assessing equipment on the building’s lower floors for any damage caused by the flooding of the building."

The telecommunications giant noted that the Birmingham and Huntsville, Alabama areas are now operating normally.

NASHVILLE BAR OWNER: EXPLOSION 'KNOCKED US ... OUT OF BED'

The update comes after AT&T said it made “significant progress” Saturday night and early Sunday as it worked to restore cell and Internet communication services after a bomb in downtown Nashville did significant damage to its infrastructure Friday.

That meant that for a third day, the aftermath of the explosion near an AT&T central office continued to impact customers and hamper emergency services. The company confirmed that the office lost its commercial power connection and that it is working with the local power utility on coming back online.

Nashville Fire Chief William Swann said Sunday that AT&T expects to be at full capacity by Sunday night, though the company has not confirmed that yet.

Police emergency systems in Tennessee, Kentucky and Alabama, as well as Nashville’s COVID-19 community hotline and a handful of hospital systems, remained out of service.

Counties like Christian County in Kentucky, which is about 70 miles from Nashville, were directing residents to use alternative phone numbers for emergency calls. The Montgomery County Sheriff's Office in Tennessee put out a similar advisory.

“We are bringing in additional resources to support the recovery of wireline voice and data services and expect to have a fleet of 24 additional trailers of disaster recovery equipment on site by the end of the day,” the telecom giant said in an update.

The damaged building contained a telephone exchange, with network equipment in it – but the company has declined to say exactly how many people have been impacted.

Asked whether the AT&T building could have been a possible target, Douglas Korneski, the special agent in charge in charge of the FBI’s Memphis field office, said Saturday, “We’re looking at every possible motive that could be involved.”

AT&T confirmed ”significant damage to the building from the blast, including to the elevators, some beams/columns, and the building’s façade.”

Federal agents on Saturday searched the suburban Nashville home of a possible person of interest, and said they have received more than 500 tips related to the incident.

The Associated Press and Fox Business' Lucas Manfredi contributed to this report.