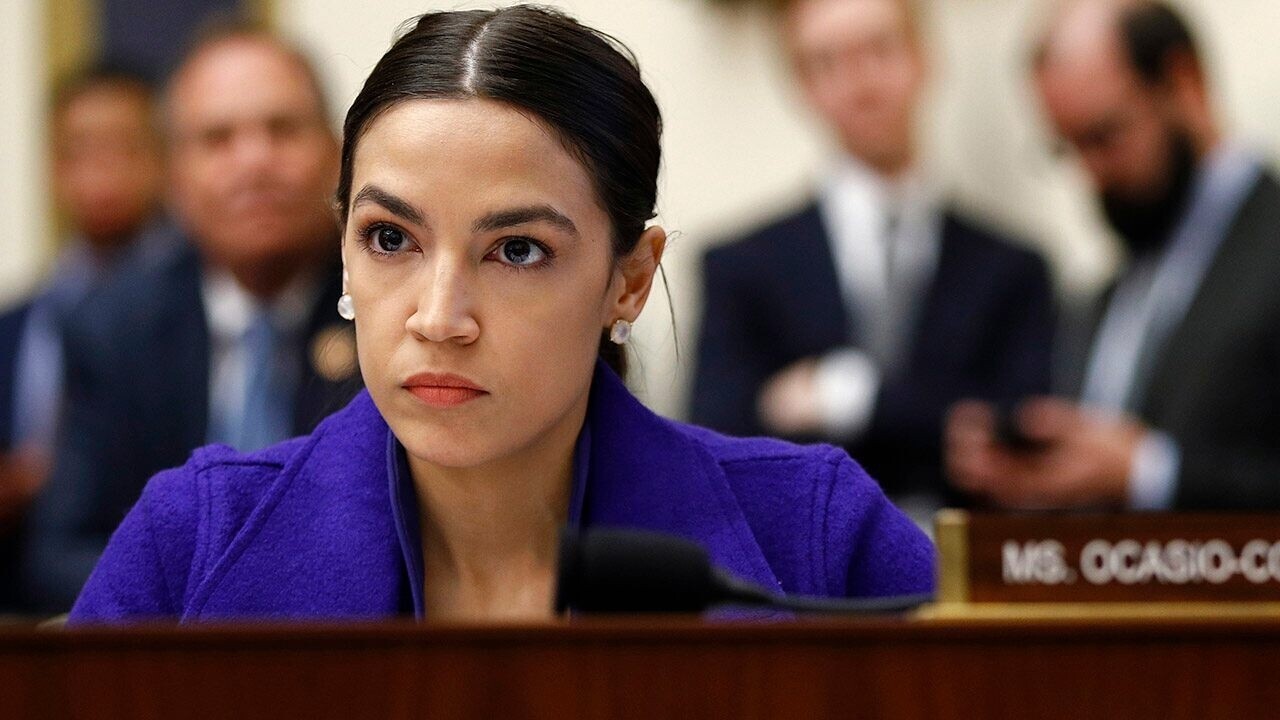 Leading progressive Democrats, including Rep. Alexandria Ocasio-Cortez, on Tuesday called for Federal Reserve Chairman Jerome Powell to be replaced, exerting fresh pressure on President Biden as prepares to make one of the most consequential economic decisions of his presidency.

"We urge President Biden to reimagine a Federal Reserve focused on eliminating climate risk and advancing racial and economic justice," the lawmakers said in a statement Tuesday morning. Along with Ocasio-Cortez, the statement was signed by fellow progressives Reps. Rashida Tlaib of Michigan, Ayanna Pressley of Massachusetts, Mondaire Jones of New York and Chuy Garcia of Illinois.

Powell, a lawyer by training and a former Republican Treasury official, was nominated to lead the U.S. central bank four years ago by former President Donald Trump.

He is generally respected on Wall Street and well-liked among lawmakers in both parties after the U.S. central bank interceded without hesitation to stave off a financial crisis as the pandemic shut down the nation's economy. Fed chairs – one of the most powerful players in Washington, with the ability to dictate the pace of economic growth – are typically nominated for a second term, often to reinforce the central bank's independence from politics.

Although the progressive lawmakers acknowledged the Fed under Powell has "made positive changes to its approach to full employment," they called on Biden to "reimagine" how the U.S. central bank operates by tapping a leader who's more focused on mitigating climate risk and favors more strictly regulating big banks.

Under Powell, the Fed reduced certain regulations on big banks, including making it easier for them to make risky trades and easing tests that examine if they could withstand another major economic downturn.

"Weakening financial regulations that were specifically created to prevent such a disaster from happening again risks the livelihoods of Americans across the country," the lawmakers said. "To move forward with a whole of government approach that eliminates climate risk while making our financial system safer, we need a Chair who is committed to these objectives."

Still, Powell has reportedly secured a key endorsement from Treasury Secretary Janet Yellen, boosting his odds of a second term, given her nearly two decades of experience at the Fed, including four years leading the central bank. Yellen also has worked directly with Powell, who served as a governor at the Fed under her tenure.

In 2018, Powell replaced Yellen at the helm of the Fed, making her the first chair to not be reappointed after serving a first full-term.

The White House's decision comes as Fed policymakers grapple with how to start unwinding some of the ultra-easy monetary policies put in place to support the U.S. economy during the pandemic. It's a difficult needle to thread, with Fed officials attempting to strike a delicate balance between surging inflation and the still-recovering labor market.

Fed policymakers in July committed to holding the benchmark federal funds rate at a range between 0% and 0.25%, where it has been since March 2020, and to keep purchasing $120 billion in bonds each month, a policy known as "quantitative easing" that's designed to keep credit cheap.