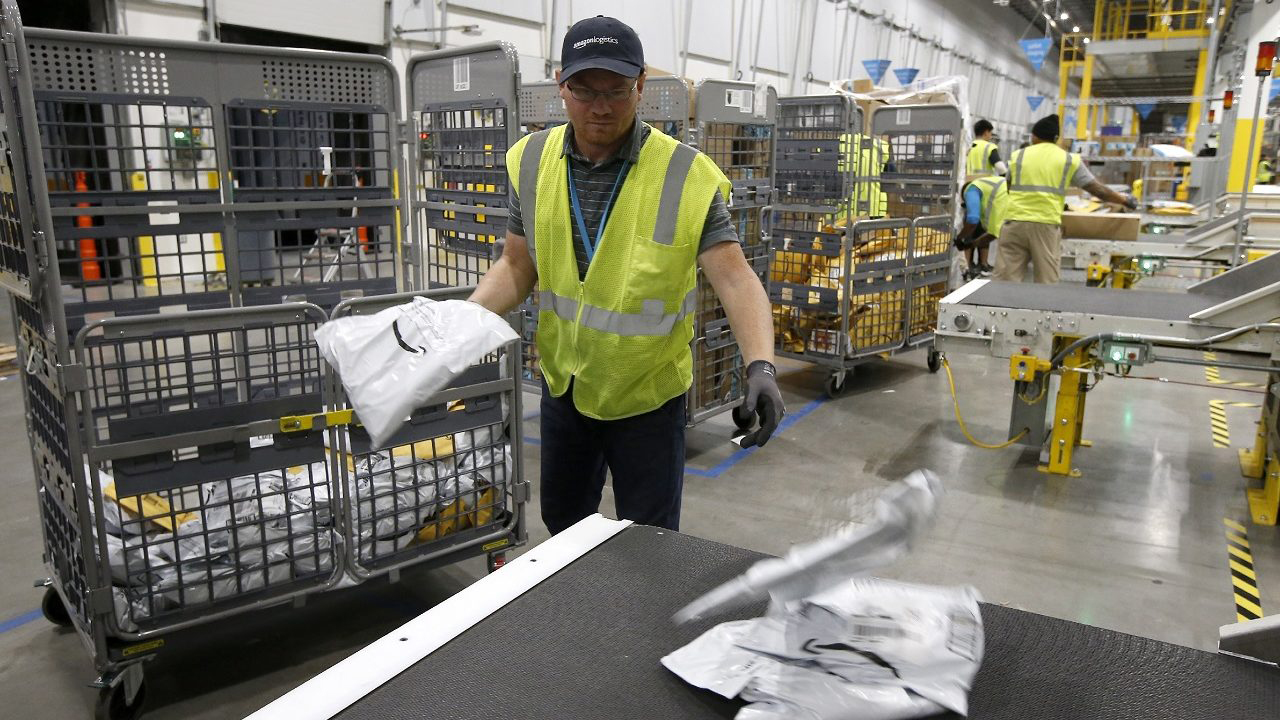 Amazon announced Monday plans to hire 100,000 workers across North America as it races to keep up with an onslaught of orders.

The shopping behemoth plans to hire full- and part-time associates throughout the U.S. and Canada with a starting wage of at least $15 per hour with benefits, as well as a sign-on bonus up to $1,000 in select cities. This comes in addition to the openings for 33,000 corporate and technology jobs announced last week.

The majority of roles announced Monday will be at the company’s 100 new warehouse and operations sites opening this month, said Dave Clark, senior vice president of worldwide operations at Amazon.

The company has been expanding "its footprint to better serve customers in communities where they live" at a time when customers are relying on the e-commerce site more than ever before.

The company has been inundated with orders since the pandemic struck earlier this year. By March, the company quickly announced its first hiring spree to keep up with the overload of orders, as many people were forced to stay home and shop online. In the three months ending on June 30, revenue increased 40% to $88.9 billion, compared to the $63.4 billion recorded a year ago.

Clark noted the expansion comes with an "unwavering commitment to safety" for its workers, amid the ongoing pandemic.

"Our new team members have already completed more than 1,200,000 hours of safety training, with over 500,000 more hours expected, to ensure that in addition to fast and efficient delivery for our customers, we’re providing a safe and modern environment for our employees and partners," he said.

Hiring for the new roles is already underway, Amazon said.