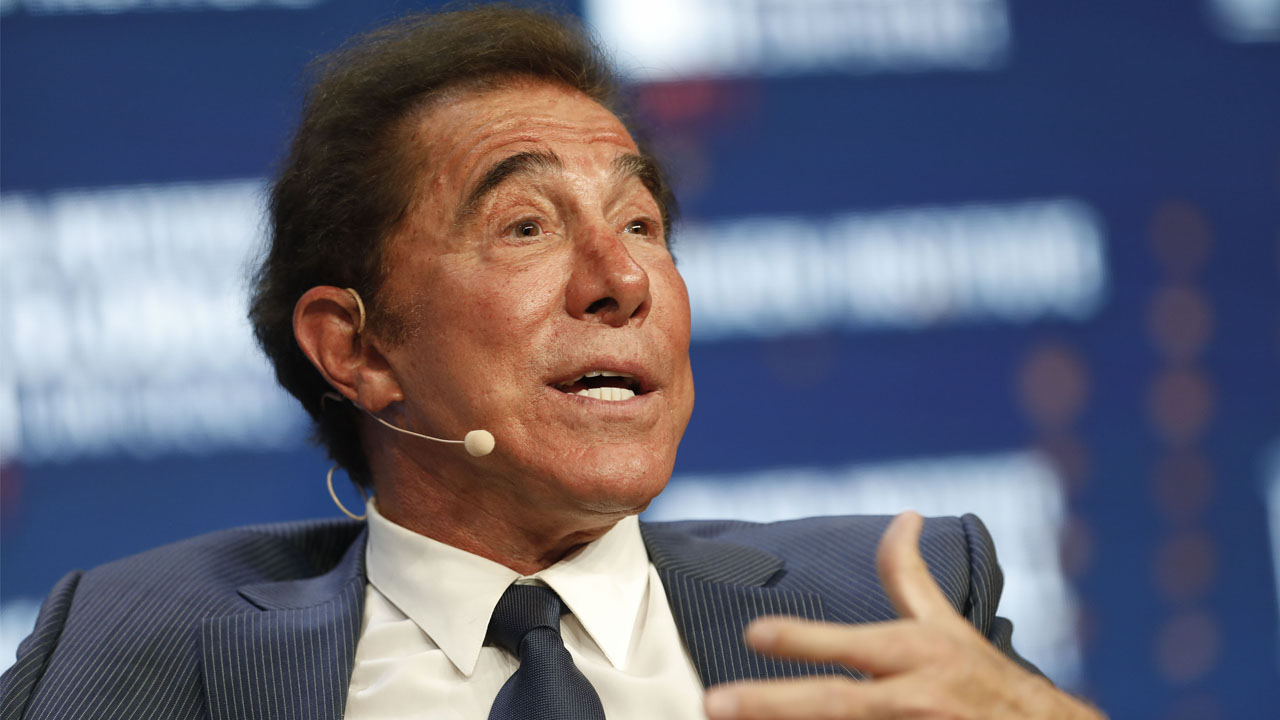 Varney: John Cena apology to China 'is all about money'

The Justice Department has told casino mogul Steve Wynn to register as a lobbyist in connection with his 2017 efforts to obtain a diplomatic favor long sought by Chinese authorities, and is preparing to go to court to force him to comply, according to people familiar with the matter.

Prosecutors have gathered evidence about Mr. Wynn’s work in recent months in preparation for potential litigation if he doesn’t file any such registration, the people said. If filed, the case would be a rare civil court battle over registering under the Foreign Agents Registration Act. The law doesn’t provide for civil penalties, but it gives the Justice Department the ability to seek a court order to force someone to comply.

In July, then-Attorney General William Barr warned that company executives who pushed policies at the behest of Chinese authorities could be required to register under the law, but the Justice Department hasn’t filed any such case.

The dispute relates to Mr. Wynn’s alleged efforts in the summer of 2017 to convince U.S. officials to send back to China a Chinese businessman in New York, Guo Wengui, whom Chinese authorities consider a fugitive. Mr. Guo has been accused of a range of criminal offenses, from bribery to sexual assault, all of which he has denied.

Mr. Wynn has long denied wrongdoing in the matter. "Steve Wynn never served as an agent or lobbyist for China or anyone else," his attorney, Reid Weingarten, said. "He was merely a loyal messenger of information he received to our government."

"Any effort to pursue him in any way for this conduct would be both a miscarriage of justice and an unwarranted extension of the FARA statute," Mr. Weingarten added.

Mr. Guo, who remains in the U.S., said in a statement: "I am glad to hear the DOJ is investigating Steve Wynn and frankly believe they should criminally indict him for serving as a greedy spy of the Chinese Communist Party."

Mr. Wynn, a 79-year-old billionaire and friend and informal adviser to former President Donald Trump, is widely viewed as the architect of the modern Las Vegas Strip lined with luxury resorts. He resigned as chairman and chief executive of Wynn Resorts Ltd. in 2018 after The Wall Street Journal published an article detailing allegations of sexual misconduct by Mr. Wynn toward employees. He has said the idea that he ever assaulted any woman is preposterous.

Last year, two of Mr. Wynn’s associates admitted in plea agreements with the Justice Department that in June and July 2017, they had discussed Mr. Guo’s removal with Mr. Wynn, and helped facilitate calls between Mr. Wynn and a Chinese government official about Beijing’s desire for Mr. Guo’s removal from the U.S.

One of the associates, Elliott Broidy, also admitted that he was with Mr. Wynn on Mr. Wynn’s yacht in August 2017 when Mr. Wynn called Mr. Trump to ask about Mr. Guo’s status in the U.S. Mr. Broidy pleaded guilty to conspiring to violate the foreign-lobbying law in connection with that and other work, but was pardoned by Mr. Trump on Mr. Trump’s final day in office.

The other associate, Nickie Lum Davis, who pleaded guilty last year to aiding and abetting FARA violations in connection with the work, said Mr. Broidy told her in a June 2017 text exchange that Mr. Wynn had "reiterated to POTUS" the necessity of denying Mr. Guo’s visa application, according to a document filed in her case.

In one message sent to Mr. Wynn via his wife, Andrea Hissom, according to a document in Ms. Davis’s case, Mr. Broidy said the Chinese government official had promised to help the U.S. with North Korea and other issues in exchange for Mr. Guo’s removal. Ms. Hissom responded on her husband’s behalf, according to the document: "This is with the highest levels of the state department and the defense department. They are working on this."

At the time of their alleged efforts to remove Mr. Guo, Mr. Wynn was the national finance chairman of the Republican National Committee and Mr. Broidy was the committee’s national deputy finance chairman.

The Journal also reported in 2017 that Mr. Wynn, who then had interests in the Chinese gambling enclave of Macau, had delivered to Mr. Trump a letter from the Chinese government about Mr. Guo, which Mr. Wynn has denied.

The Justice Department has in recent years stepped up its efforts to police compliance with the FARA law, which requires people who talk to U.S. government officials or the media on behalf of foreign officials to register that work. Prosecutors used that law, designed to increase transparency into what foreign governments are advocating in Washington, in several high-profile instances related to special counsel Robert Mueller’s investigation. They have also pushed for a wider range of entities, including Chinese and Russian state-run media firms, to register under the law.

Last month, authorities executed a search warrant at the apartment and office of Rudy Giuliani, Mr. Trump’s personal lawyer and former New York mayor, describing their investigation in the warrant as a probe into a possible violation of the FARA law. Mr. Giuliani has denied ever serving as a lobbyist or agent of a foreign government, and a lawyer for him described the search warrant as "legal thuggery."

In 2019, in what the Justice Department described as the "first FARA civil enforcement action since 1991," it convinced a federal judge to force a company that provided for the broadcast of the Russian state-backed Sputnik radio programs in the U.S., to register under the law. The Justice Department unit that enforces FARA has added civil litigators in recent months in preparation for more such cases, officials have said.

Any action against Mr. Wynn would represent a shot across the bow against senior company executives who interact with foreign government officials. "In a high profile case like this…the department is more likely to take aggressive enforcement action in order to deter others who might manifest similar disregard for FARA compliance," said David Laufman, a former official in the Justice Department’s national-security division who is now at the law firm Wiggin and Dana.

If brought, the action would be the latest to stem from a multibillion-dollar fraud at a Malaysian development fund called 1Malaysia Development Bhd. As a Justice Department investigation into the fraud expanded by 2017, the alleged mastermind of the fraud, Jho Low, hired well-connected fundraisers and others to try to thwart the investigation and pursue other issues of interest to him in Washington, including pushing for Mr. Guo’s removal, the consultants have said. Mr. Low was indicted in the U.S. in 2018 for his alleged role in the theft of funds from 1MDB but has avoided arrest and is believed to be living under Chinese protection. He has denied wrongdoing.