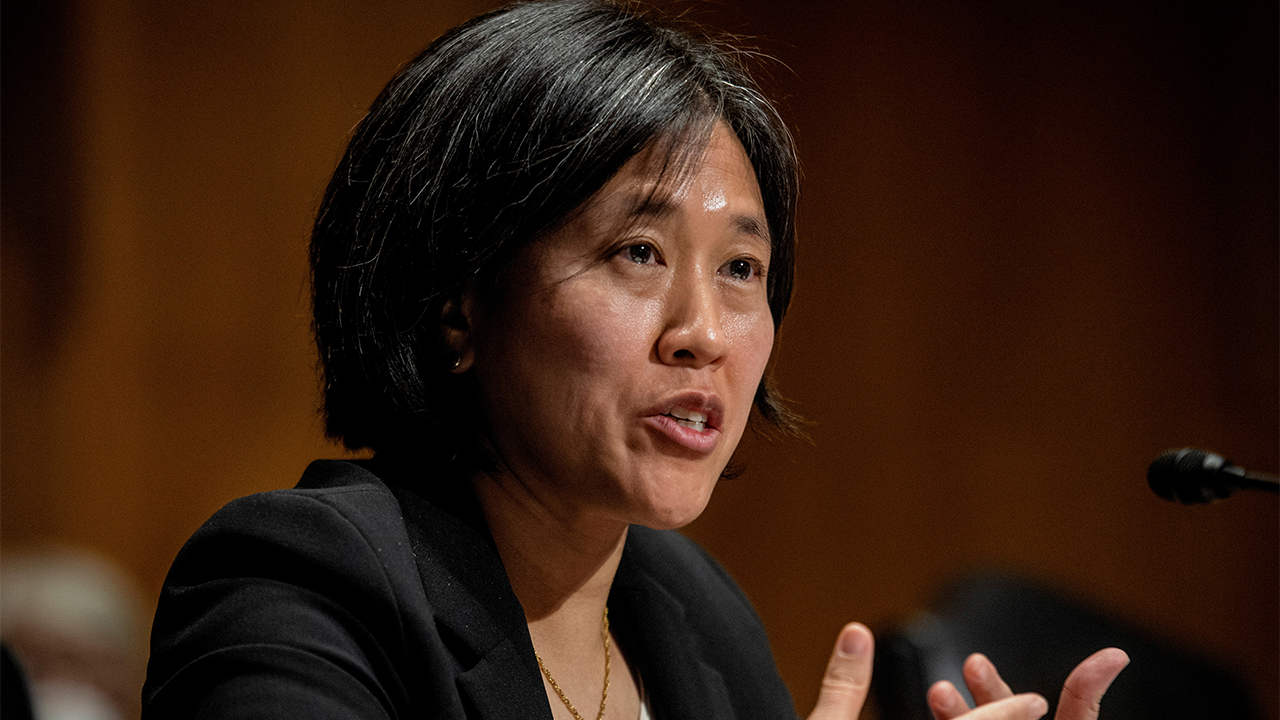 U.S. Trade Representative Katherine Tai said on Wednesday that the United States still faces "very large challenges" in its trade and economic relationship with China that require the Biden administration's attention across the board.

Tai spoke with Reuters in an interview before her first virtual call with Chinese Vice Premier Liu He, a meeting in which she raised "issues of concern," according to her office.

"During their candid exchange, Ambassador Tai discussed the guiding principles of the Biden-Harris administration’s worker-centered trade policy and her ongoing review of the U.S.-China trade relationship, while also raising issues of concern," the USTR said.

China's commerce ministry described the talks as "a candid, pragmatic and constructive exchange."

"Both sides view the development of bilateral trade as very important. (Both sides) exchanged views on issues of mutual concern and agreed to maintain communication."

The meeting marked the first formal engagement between the trade chiefs of the world's two largest economies since U.S. President Joe Biden took office in January.

It came at a time when Biden has sharply criticized China on human rights abuses and sought to rally his Group of Seven rich nation allies to form a united front on China.

China's handling of the COVID-19 pandemic - which has now killed more than 3 million people worldwide - has also rankled the United States and its allies.

Biden on Wednesday ordered aides to investigate rival theories held by U.S. intelligence agencies on the origin of the virus, including the possibility of a laboratory accident in China. China said it supported a 'thorough investigation' but warned the United States to avoid politicizing the issue.

The Biden administration is conducting a comprehensive review of U.S.-China trade policy, ahead of the expiry of the Phase 1 deal at the end of 2021.

Tai told Reuters the Phase 1 trade deal was important but only part of a complex relationship.

"The overall challenges that we have with China are also still there and they are very large," Tai said.

Tai said the Phase 1 trade deal should be seen in the context of "the overall U.S.-China trade, and economic relationship which is very, very challenging. And requires our attention all across the board."

The two countries signed the trade deal in January 2020 - just before the COVID-19 pandemic began. It calls for China to increase purchases of U.S. agricultural goods, manufactured products, energy and services by $200 billion over 2020 and 2021, compared with a 2017 baseline.

The deal eased a two-year tariff war between the United States and China waged by former President Donald Trump that aimed to change China's trade practices, although duties remain in place on hundreds of billions of dollars of trade.

The Biden administration has promised a similarly muscular pushback on China's state-driven economic model, with new investments in innovation to maintain a U.S. technological edge.

China fell about 40% short of its purchase targets in 2020, and is still lagging in its imports in 2021, with just seven months to go in the two-year deal.

Through 2020, China's total imports of covered products from the United States were $99.9 billion, compared with the commitment of $173.1 billion, according to the Peterson Institute for International Economics.

China also agreed to ease barriers in its financial services sector and agricultural biotechnology regulations, as well as to take steps to protect U.S. intellectual property.

The deal failed to address fundamental U.S. concerns about technology transfer and massive subsidies for state-owned enterprises - issues that the Trump administration had said it would address in a second phase trade agreement.