The Hill’s John Solomon, an award-winning investigative journalist, on the questions surrounding the death of Jeffrey Epstein while in federal custody.

“The one thing I do not think is possible here is just pure traditional human error,” the Democratic presidential hopeful told FOX Business’ David Asman on Tuesday. “That’s the one thing I would rule out, given the prominence of the case and the nature of the situation. Which means something else happened. I don’t know what that something else is.”

Two guards at the Manhattan lockup where Jeffrey Epstein apparently killed himself are suspected of falling asleep and failing to check on the convicted pedophile, then falsifying records to cover up their mistake, according to a Tuesday report.

The two staff members were placed on administrative leave, and the warden of the jail was temporarily reassigned, pending the investigation into Epstein’s death. According to the New York Times, the guards falsely recorded in a log that they had checked on Epstein, who was facing child-sex trafficking charges, every 30 minutes as required. Instead, officials left him alone for about three hours.

The revelation comes amid growing conspiracy theories surrounding Epstein’s death, as well as some questions raised by lawmakers.

Attorney General William Barr also said there were “serious irregularities at this facility that are deeply concerning,” demanding a full investigation into the incident and why Epstein was taken off suicide watch.

A LOOK AT SOME OF EPSTEIN'S HIGH-POWERED CONNECTIONS
JEFFREY EPSTEIN BEFORE HE DIED: 'THE ONLY THING WORSE THAN BEING CALLED A PEDOPHILE IS BEING CALLED A HEDGE FUND MANAGER'

Prosecutors alleged he abused and trafficked dozens of girls as young as 14 in New York and Florida in the early 2000s. They said both he and his associates paid victims to recruit other girls to give him nude massages and engage in sex acts, allowing him to build a vast network in which he was able to abuse minors, according to the indictment. 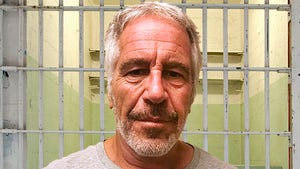 The multi-millionaire financier was found hanging in his cell early Saturday morning after using a bedsheet tied to his bunk. The incident came two weeks after Epstein was placed on suicide watch on July 23 after he was found nearly unconscious in his cell with injuries to his neck. He was returned to a cell in the 9 South housing unit with another inmate six days after that.

That inmate was later transferred out of the cell, however, leaving Epstein alone on Friday night, the Times reported. Bucking standard practice for someone who was recently on suicide watch, the prison did not assign another inmate to Epstein’s cell.

On Wednesday, a woman who has accused Epstein of sexually assaulting her when she was a girl, filed a lawsuit against his estate, his former associate Ghislaine Maxwell and three unnamed staff members who worked for him in New York.

Jennifer Araoz, the plaintiff, filed her lawsuit in a New York state court in Manhattan. In the filing, she said she was recruited when she was 14 to spend time with Epstein.