Facebook CEO Mark Zuckerberg thinks employees should share a message to friends and peers who have a negative view of the social media giant: let them know the issues are being addressed.

In leaked audio published on The Verge, Zuckerberg was asked how employees should tackle the issue.

Speaking to his team in July, the CEO explained he thought the company had more “glowing press” than any company deserves in its first 10 years.

“But I think some of the most devastating critique is not around substance in terms of what the companies do,” he said.

Zuckerberg then provided examples to explain the motives behind some decisions. 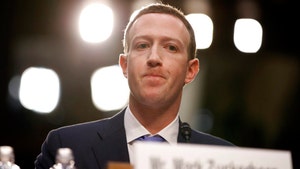 Leaked Zuckerberg audio: Promises to 'go to the mat' if government tries to break up Facebook

Zuckerberg candidly discussed a wide range of topics in two hours of audio from open meetings with employees in July, obtained by The Verge.

The audio recording captures him saying it’s tough to change those perceptions.

According to the tape, he hopes employees will help bridge that gap by sitting down with people who may have a negative outlook on the tech giant.

He advises to let others “know that you care about the problems and acknowledge that there are issues and that you’re working through them.”

Other revelations from his Q&A sessions with employees included how he sees competition with Chinese companies like TikTok and how he plans to “go to the mat” if the government tries to break up Facebook.