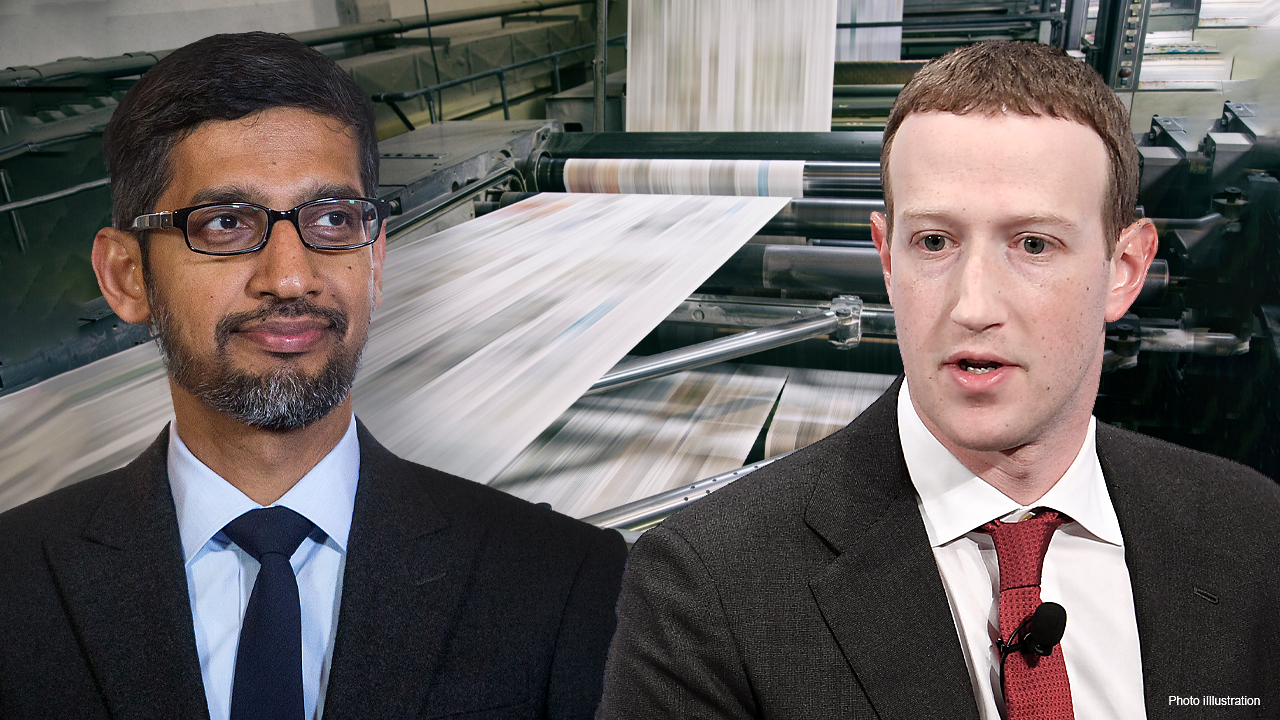 A West Virginia news publisher has filed an antitrust suit against Google and Facebook, who together receive roughly half of all digital ad dollars in the U.S. and are facing antitrust charges from federal and state authorities.

The company, HD Media, owns several papers in the state, including the Herald-Dispatch in Huntington and the Charleston Gazette-Mail.

HD Media claims Google has so monopolized the online ad market that “it threatens the extinction of local newspapers across the country." The suit also alleges that Google and Facebook conspired to further their dominance with a secret agreement, referring to a suit filed by 10 Republican attorneys general in December.

FACEBOOK PREPARING LAWSUIT AGAINST APPLE OVER THE APP STORE: REPORT

The company does not specify the impact on its business of the behavior of Facebook and Google beyond saying that it has hurt its ability to “effectively monetize its content” because Google is enabled to take an uncompetitive share of the news publisher's ad revenues. A lawyer for the company declined to speak on the record.

It's the first antitrust lawsuit against a tech platform focused on news publishing, said David Chavern, head of the news trade group News Media Alliance. He said the group was not involved in the suit.

HD Media filed in federal court in West Virginia and asked for a jury trial. It asked for unspecified damages and that the court stop Google and Facebook from the uncompetitive conduct it is alleging.

HD Media owns several papers in the state, including the Herald-Dispatch in Huntington and the Charleston Gazette-Mail. (iStock)

The newspaper industry has been on a long decline, with steep job losses and publications getting thinner and even disappearing. Online ad revenues have been unable to offset print-ad losses.

Federal and state antitrust authorities have sued both Google and Facebook in recent months. The Justice Department alleges that Google abuses its dominance in online search and advertising.

Facebook didn't immediately reply to a request for comment. Google referred a reporter to a blog post published in mid-January by its director of economic policy, Adam Cohen, that defends Google's business against antitrust charges brought by the Texas attorney general in December.