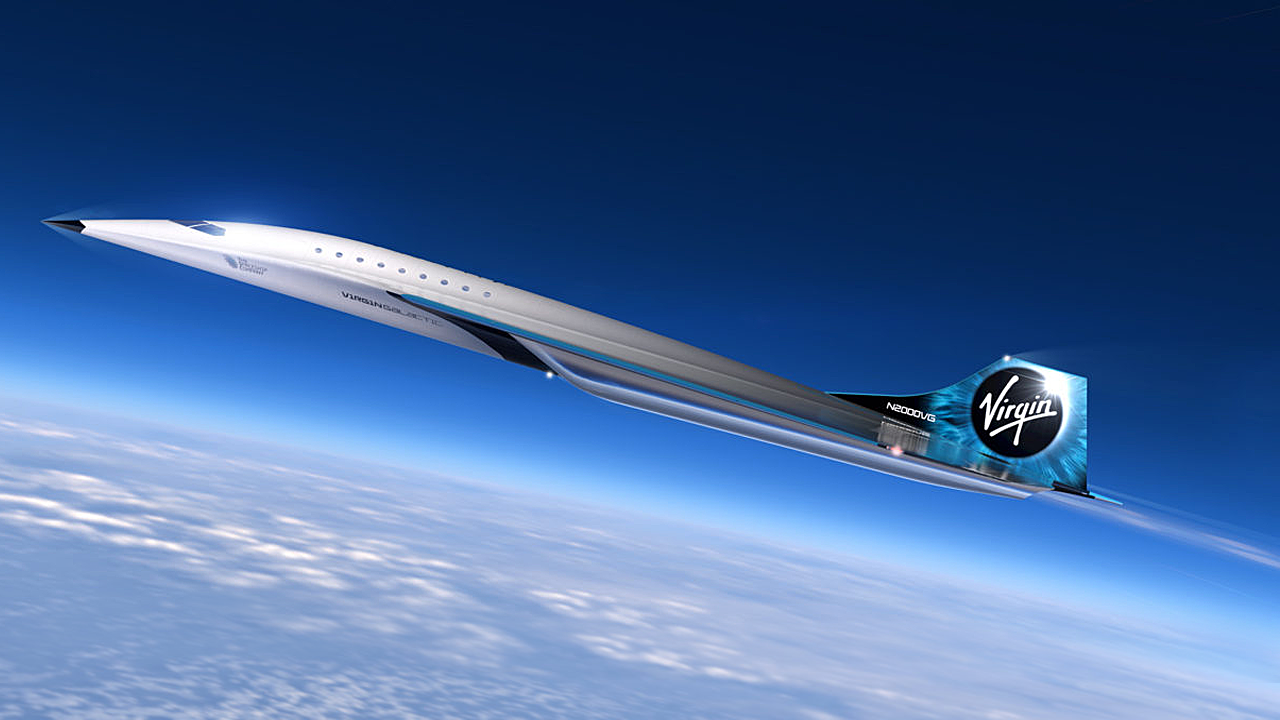 Virgin Galactic unveiled the design for an upcoming high-speed aircraft this week that may be able to fly from New York to London in 90 minutes.

The Richard Branson-founded aerospace company said it had signed an agreement with Rolls-Royce to collaborate on engines for an aircraft that will reach speeds as fast as Mach 3, or three times the speed of sound, about 2,300 mph.

That would make the jet even faster than the Concorde, which hit a top speed just over Mach 2 and took closer to three hours to fly between New York and London. British Airways retired the supersonic jet in 2003.

Rolls-Royce North America chairman and CEO Tom Bell said the company is “excited” to work on the project with Virgin Galactic.

“Rolls-Royce brings a unique history in high-speed propulsion, going back to the Concorde, and offers world-class technical capabilities to develop and field the advanced propulsion systems needed to power commercially available high-Mach travel,” Bell said in a written statement.

A Concorde jet owned by British Airways is seen as it lands at Washington Dulles International airport on October 14, 2003. (REUTERS/Yuri Gripas YG/GN)

Virgin Galactic’s yet-unnamed aircraft will have a capacity for between nine and 19 people, according to the company. The delta-wing jet will fly at an altitude over 60,000 feet. The company is also aiming to use fuel that’s more environmentally sustainable than traditional jet fuel.

The design process is still underway. George Whitesides, chief space officer at Virgin Galactic, said the company is also working with the FAA “to ensure our designs can make a practical impact from the start.”

“We have made great progress so far, and we look forward to opening up a new frontier in high-speed travel,” Whitesides said in a written statement.

NASA representatives have also played a role in the concept jet’s review so far, according to Virgin Galactic. In May, the company said it had signed an agreement with NASA to develop high-speed aviation technology for a “next-generation” civilian air travel vehicle.

Last week, Virgin Galactic also showed off the interior of the VSS Unit, its spaceplane that will carry tourists beyond Earth’s atmosphere. The cabin will include retractable seats so passengers can float around while they experience weightlessness.

Virgin Galactic didn’t show any images of the inside of its future Mach 3 jet yet, but the company said the cabin would be customizable for business or first-class seating arrangements.