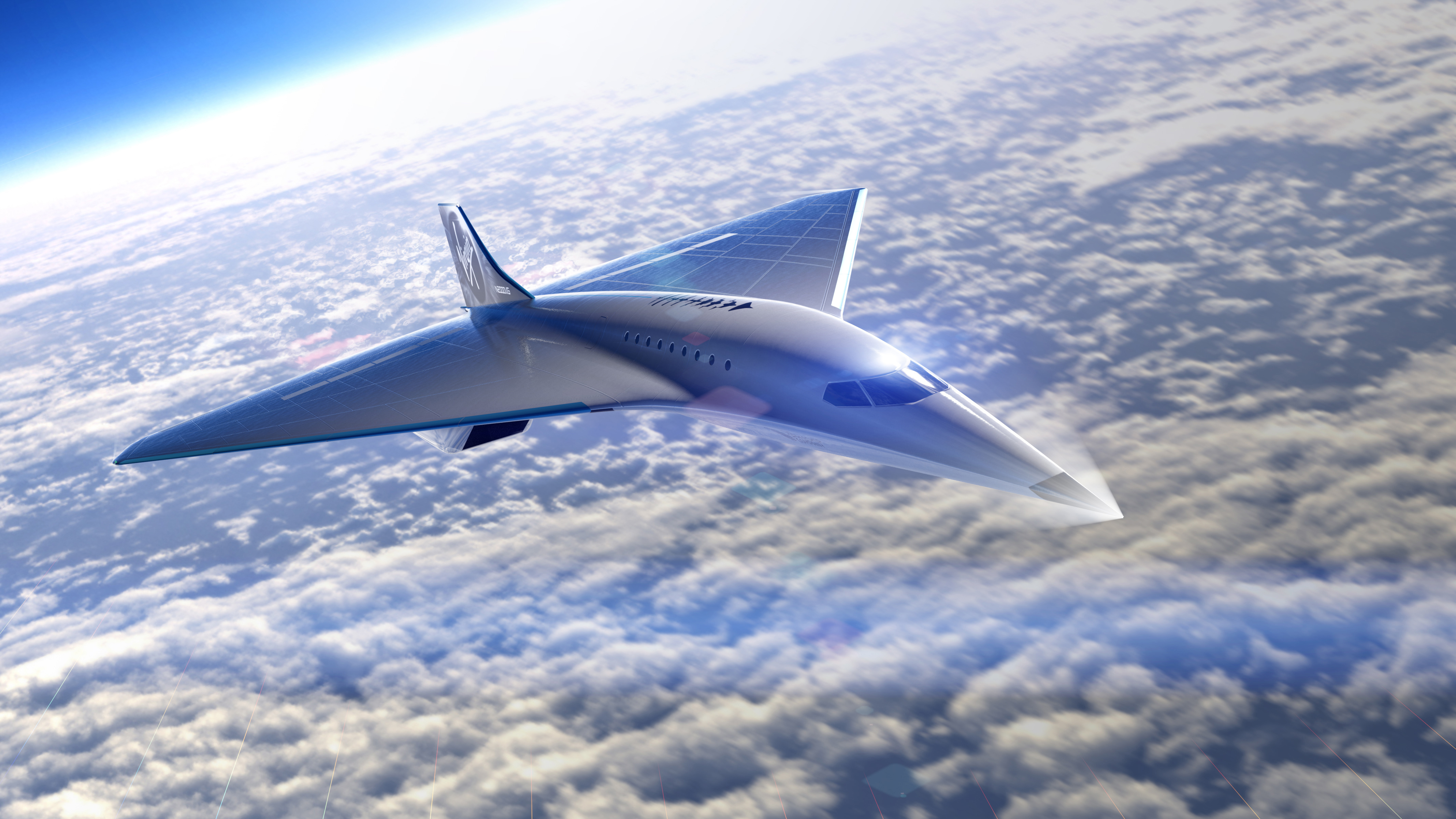 Virgin Galactic says this is what a “new frontier in high speed travel” looks like.

The aerospace company unveiled Monday its first renderings of a supersonic commercial jet that it hopes will be able to move passengers around the globe at speeds of up to 2,300 miles per hour.

“The basic parameters of the initial high speed aircraft design include a targeted Mach 3 certified delta-wing aircraft that would have capacity for 9 to 19 people at an altitude above 60,000 feet and would also be able to incorporate custom cabin layouts to address customer needs, including Business or First Class seating arrangements,” Virgin Galactic said in a statement.

The plane, the company added, “would take off and land like any other passenger aircraft and be expected to integrate into existing airport infrastructure and international airspace around the world.”

Virgin Galactic said it’s working with international regulatory committees to make sure the plane meets safety and environmental standards. It also has formed a partnership with Rolls-Royce “to collaborate in designing and developing engine propulsion technology for high speed commercial aircraft.”

“We have made great progress so far, and we look forward to opening up a new frontier in high speed travel,” said George Whitesides, Virgin Galactic’s chief space officer.

The development timeline of this new aircraft remains unclear.