More than medication was collected during Saturday's National Prescription Drug Take Back Day. For the first time, vaping devices and cartridges were also accepted for disposal.

The federal Drug Enforcement Administration says the change stemmed from concerns across about illnesses and death associated with vaping and the high rate of vaping among young people.

More than 1,600 people, many of them teens and adults, have been sickened in a national vaping illness outbreak that appears to have started in March. At least 34 have died. 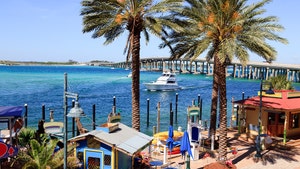 These cities have the worst e-cigarette problems

These 10 metropolitan areas have the highest percentages of adults who use e-cigarettes, according to HeyTutor.

Now in its 10th year with twice-yearly collections, the administration's Drug Take Back day has collected more than 11 million pounds of expired, unused and unwanted prescription medications.

President Donald Trump tweeted about the program Saturday, urging people to take advantage of it at over 4,000 locations.