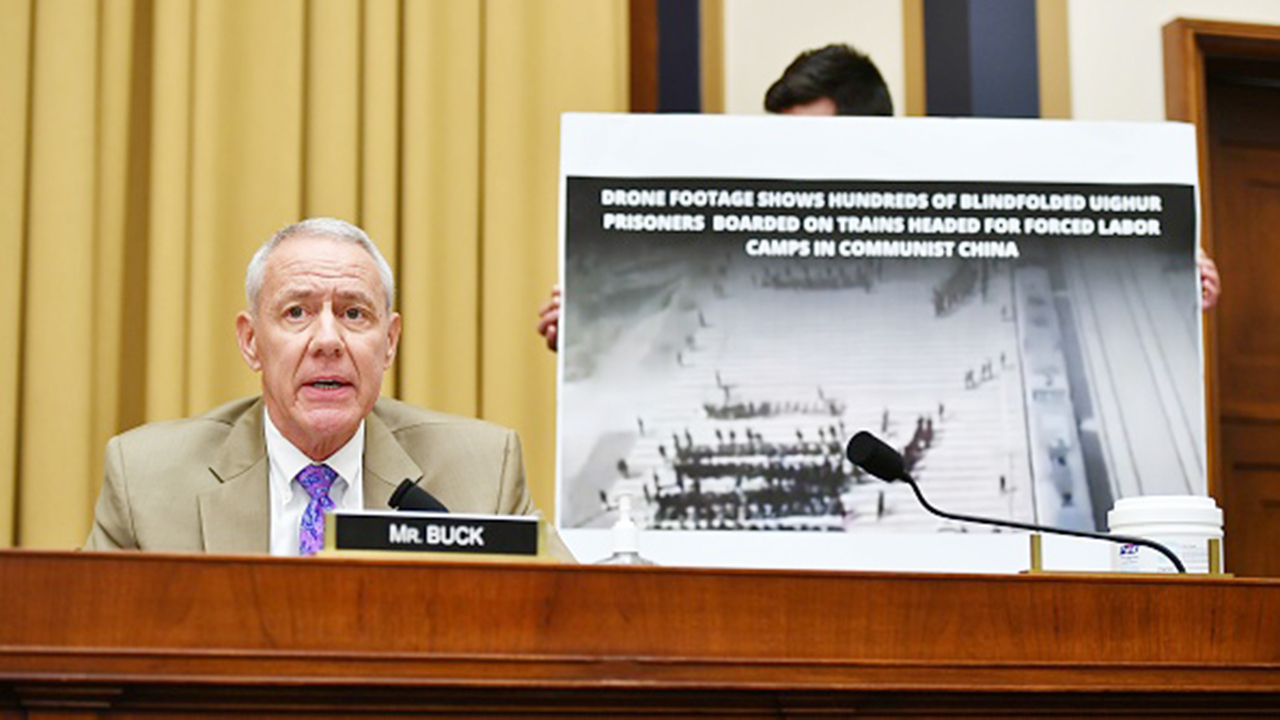 "There are examples of moderate speech taken down that I can't believe it's human error," Buck told FOX Business in an interview to discuss his new book, "Capitol of Freedom: Restoring American Greatness," when asked whether he thinks the algorithms that tech platforms such as Twitter and Google use are biased in favor of liberal-leaning users.

The CEOs of Facebook, Google, Amazon and Apple testified before the House Judiciary Committee during a July 29 antitrust hearing; all four denied any kind of algorithmic bias.

He mentioned an instance when Facebook removed an op-ed that the daughter of former Sen. Hank Brown, R.-Colo., shared on the platform discussing "Republican outreach to Hispanic voters." Even conservatives who aren't "alt-right" or "radical" appear to be censored more often than liberals, he said.

He added that part of the left's strategy to "silence the right" has been used for "centuries," bringing up the Alien and Sedition Acts of 1798; Franklin D. Roosevelt's spat with William Randolph Hearst; and the more contemporary theme of colleges and universities becoming less welcoming toward Republican and conservative speakers on campus.

"There is a long history of the left using government and their allies in the private sector to create this bias in public information," the Colorado congressman said. "What’s going on now — we look at it and think it’s an isolated incident, but it’s not."

"Google algorithms should really be examined," he said. While newspapers and other publications can have clear biases that readers can determine for themselves, search engines should not, he said.

Buck also said he believes Section 230 of the Communications Decency Act of 1996, which provides liability protections to websites like Facebook and Twitter that allow third-party users to share content on their platforms, needs to be "carefully examined," but did not specify which aspects of the law should be readdressed.

Rep. Buck said both points are valid, and one does not cancel out the other.

It's because of Big Tech's dominance that websites like Twitter and Google can censor conservative voices, he said, and that same dominance allows those platforms to buy user data from each other, create an anti-competitive tech marketplace and keep close ties with Chinese tech companies.

As Buck wrote in a July 31 op-ed for FOX Business, "Congress can't sit idly by as Big Tech uses its outsized influence to unfairly shut companies out of the marketplace, cozies up to communist China, and silences conservative voices."

The Colorado congressman said Americans can work to boost competition among tech platforms by trying out alternative social media sites like Parler — which he has joined — and alternative search engine sites like GoDaddy and seeing which websites work best for certain individuals.

"Ultimately, we decide what brand of peanut butter we want to buy and which search engine we want to use," he said. "We should want competition in the marketplace."