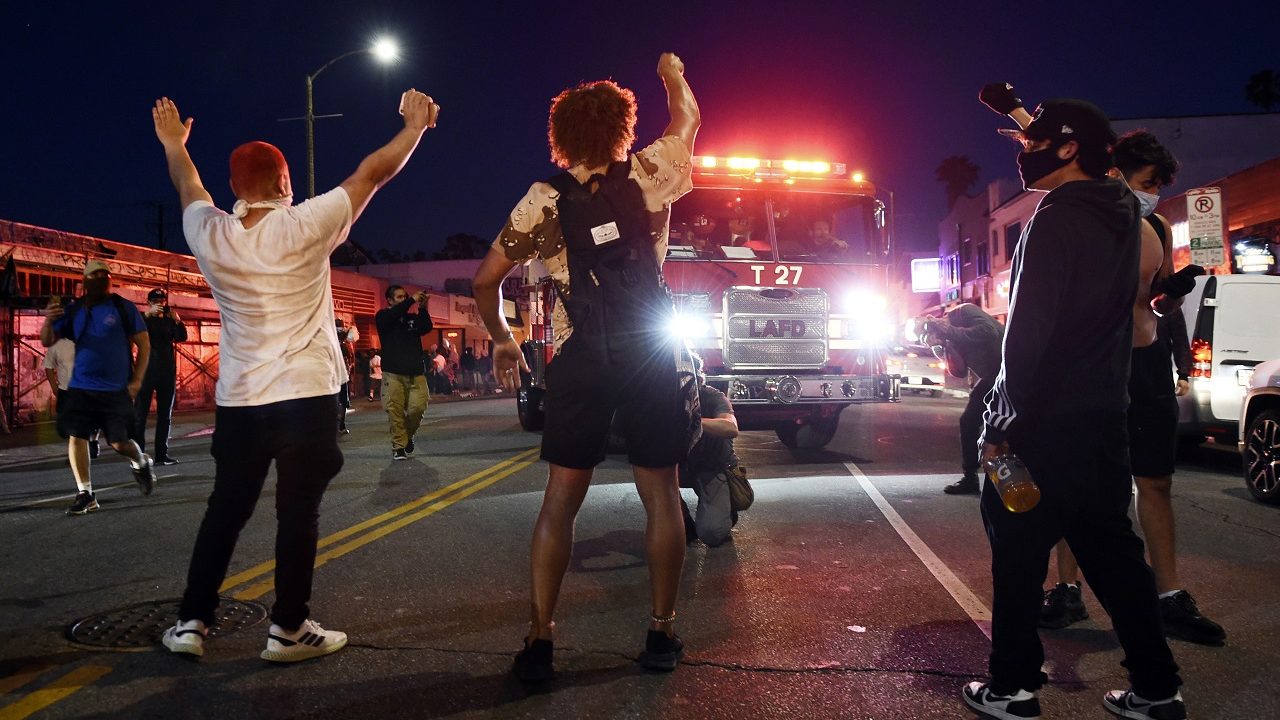 Netflix and other major streaming platforms have taken a stand against police brutality as nationwide protests rock the country after the death of Minneapolis resident George Floyd, according to The Hollywood Reporter.

On May 25, Floyd was pinned down while handcuffed by Minneapolis police officer Derek Chauvin, who was recorded having his knee pressed on Floyd's neck during the arrest and is now charged with third-degree murder of the unarmed African American man. The incident has sparked protests throughout the U.S. over police brutality against African Americans and has prompted companies to make public statements in support of the global activist group Black Lives Matter.

"To be silent is to be complicit. Black lives matter," the streaming giant wrote on Twitter Saturday afternoon. "We have a platform, and we have a duty to our Black members, employees, creators and talent to speak up."

The tweet received a compliment from awarding-winning filmmaker and director Ava DuVernay, who wrote "Well done," and worked with the streaming service on her "When They See Us" documentary series about the Central Park Five case.

The four-part miniseries, which launched in May 2019, highlighted the case where five African American boys were charged with a violent assault in 1989. Their convictions were eventually vacated in 2002, and they reached a legal settlement with New York City in 2014.

Competing streaming service Hulu also tweeted out a green heart in support of Netflix's tweet and issued a statement of its own Saturday evening.

"We support Black lives," Hulu wrote in its tweet. "Today, and every day. You are seen. You are heard. And we are with you."

In similar fashion, HBO Max tweeted a purple heart to signify its support for Hulu’s statement. The streaming newcomer shared a tweet as well Saturday evening.

"'Neither love nor terror makes one blind: indifference makes one blind.' – James Baldwin," HBO Max wrote in a tweet. "We stand with our Black colleagues, employees, fans, actors, storytellers — and all affected by senseless violence. #BlackLivesMatter."

Disney+ has not issued a statement on Twitter at this time, but Amazon Prime Video was another major streamer that shared a tweet in support of Black Lives Matter two minutes before midnight on Saturday evening – rounding out the list of streaming giants that have spoken out about the issue.

"Together we stand with the black community – colleagues, artists, writers, storytellers, producers, our viewers – and all allies in the fight against racism and injustice," Prime video tweeted, which also displayed the logo of Amazon Studios in a black and white graphic.

FOX Business reached out to Netflix, Hulu, WarnerMedia, Disney and Amazon about each company's recent Twitter activity at this time of uncertainty but did not immediately hear back at the time of publication.