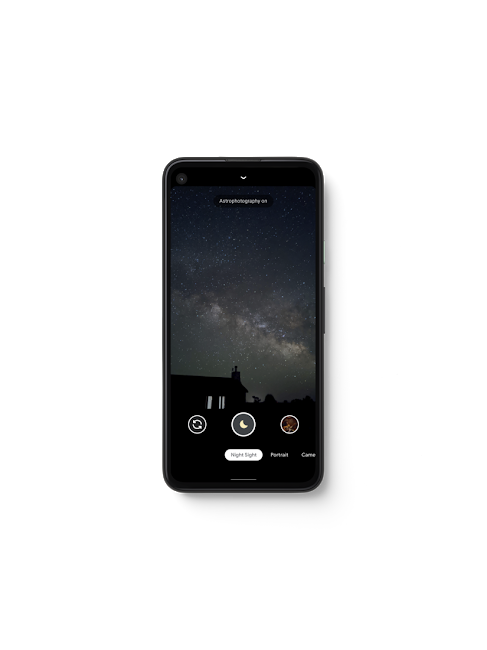 Google on Monday unveiled the long-rumored second-generation Pixel 4a and reviews of the new device have already hit the web, with many reviewers praising its price, function and value.

The price point of the device, starting at $349, is being praised, given the shaky footing of the global economy.

It may not compete with the recently announced iPhone SE on specs, but it does come with a 5.8-inch OLED display and it comes in Just Black, according to a blog post.

Similar to Apple, it also has a better battery life, learning from your apps and usage to help save the battery, which Google claims "lasts all day." It also has 6 GB of RAM and 128 GB of storage.

The device, which is available for pre-order now and starts shipping on Aug. 20, also has Night Sight with astrophotography, a Recorder to transcribe audio, a Personal Safety app and the ability to capture video and audio content in real-time.

Google also previewed two more smartphones, the Pixel 4a (5G), which starts at $499, and the Pixel 5. No price was mentioned for the Pixel 5, however.

Here are several of the top Pixel 4a reviews.

The Verge reviewer Dieter Bohn praised the phone's inexpensive starting price, while noting there are some compromises Google made to get the phone at a budget.

"That price is the most important thing to know about the Pixel 4A," Bohn wrote. "It makes the Pixel 4A’s many good points — like its flagship-tier camera — that much more impressive. It’s also the source of some (but not all) of its compromises, like the processor I worry won’t stand the test of time."

"I’ve honestly never been this impressed by a midrange phone," Low wrote. "Despite a lack of style and the single rear camera, the Pixel 4a is the only sub-$500 phone I’d consider switching to. Plus, at $350, it’s cheaper than the iPhone SE, the Galaxy A51 and the OnePlus Nord, which all cost about $400. While the Nord might have nicer color options, a faster screen and a more versatile multi-camera setup, it’s not available in the US."

CNet reviewer Lynn La said the device "raises the bar for how good a budget phone's camera can be."

"Is this the phone with the best camera you can get for $350?" La wrote. "Considering that the Pixel 4A also receives prompt software updates from Google, has a long-lasting battery life (so far) and has a headphone jack – all on top of its stellar camera – I'd venture to say the answer is yes."

Tom's Guide reviewer Philip Michaels compared it to the Pixel 4 which, at $799, is more than twice the price.

"Anytime you opt for a less expensive phone, you have to make some trade-offs," Michaels wrote. "In the case of the Pixel 4a vs. the Pixel 4, that means settling for a less powerful processor, a single rear camera and no wireless charging. You'll also give up the faster refresh rate on the Pixel 4's screen."

Michaels continued: "Skipping 90Hz refresh rate is a hard thing to swallow — especially with the OnePlus Nord offering that feature to bargain-hungry Android fans — but the other sacrifices are ones many smartphone owners would happily make if it means paying hundreds of less for a phone that still takes top-notch pictures."