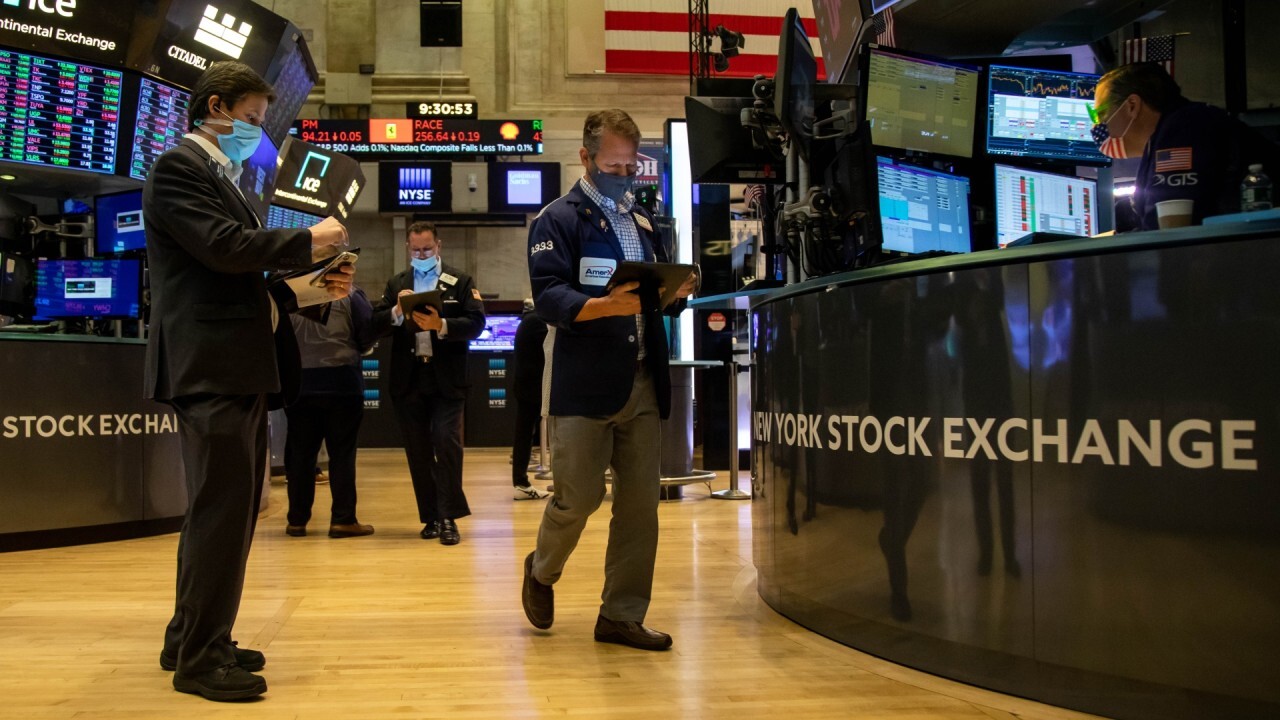 All three major indexes finish 2021 in the green

Tesla Inc. TSLA -0.64% has emerged as one of the auto industry’s biggest winners in a year plagued by semiconductor shortages and snarled global supply chains. It owes that success in some measure to its Silicon Valley roots.

Elon Musk’s Electric-vehicle maker is poised to manufacture roughly 80% more vehicles this year than it did in 2020, analyst forecasts indicate, on pace for its fastest annual production growth since 2018. The global auto industry, hit hard by supply-chain disruptions, is expected to produce around 1% more vehicles than last year and 15% fewer than in 2019, according to IHS Markit.

Tesla has been able to keep production lines running in part by leaning on in-house software engineering expertise that has made it more adept than many rival auto makers at adjusting to a global shortfall of semiconductors, industry executives and consultants said. Chips are used in everything from controlling an electric motor to charging a phone.

Faced with shortages earlier this year, for example, Tesla was able to quickly rewrite the software necessary to integrate alternative chips into its vehicles, the company’s chief executive officer, Mr. Musk, has said.

Tesla is on track to post its fastest annual production growth since 2018 despite parts shortages. (michael reynolds/Shutterstock)

Semiconductor executives and consultants said Tesla, as a still relatively young car company, had the advantage of designing its vehicles from the ground-up, rather than adding parts in a piecemeal fashion over decades as many legacy auto makers have done. That allowed Tesla to consolidate systems, some of them said.

In Tesla’s Model 3 sedan, a single group of semiconductors enables features such as speaker control and voice and gesture recognition that in many other vehicles would be controlled separately using more chips, according to a Bain & Co. study based on a 2019 Model 3.

In Tesla’s Model 3 sedan, a single group of semiconductors enables features such as speaker control and voice recognition, according to a study. (Zhang Peng/LightRocket/Getty Images) (Getty Images)

"They are more plugged in, in many cases, and I think as a result also have been able to be more flexible in what they have built," he said.

Tesla didn’t respond to a request for comment about its chip-sourcing strategy.

"Anything where they decided to make something by themselves, well then they had to have a direct relationship with the semiconductor supplier," said Nakul Duggal, who leads the automotive business of Qualcomm Inc., which designs chips and supplies Tesla.

The chip shortage traces back to late 2020, when demand for vehicles rebounded faster than expected from pandemic lows, catching auto makers by surprise.

Without enough semiconductors, car companies are on track to manufacture roughly 77 million vehicles globally this year, down around 9% from expectations in January, according to consulting firm AlixPartners LLP.

"We never reduced our production forecast with our suppliers as we’re adding capacity as quickly as possible," he told analysts.

Tesla hasn’t been immune to supply-chain problems. The company has run factories below capacity and, in February, briefly shut down its Fremont, Calif., plant because of parts shortages. It also worked around shortfalls by building cars with missing parts that needed to be added back later, Mr. Musk has told employees, according to a person familiar with the matter.

Mr. Musk has cited the chip shortage in delaying the rollout of new models. Tesla’s long-awaited electric pickup truck and semitrailer truck, both of which had been slated to enter production this year, are now due to enter production in 2022 and 2023, respectively.

Research firm Gartner Inc. forecasts that by 2025, half of the top 10 auto makers by market capitalization will be designing at least some of their own chips.

Some traditional car makers, such as Ford, are looking to get into the semiconductor business amid computer-chip shortages. (Photo: rebecca cook/Reuters) (Reuters)

Dan Sharkey, a Detroit-area attorney who represents automotive suppliers, said some of his clients are willing to do things for Tesla that they aren’t for other car makers. "They think they’re catching a rising star," Mr. Sharkey said, adding that Tesla’s relatively small output can sometimes work in the company’s favor. "It’s sort of easy to say, okay, we’ll just take care of these little guys."

Tesla is on pace to easily clear its target of increasing vehicle deliveries by 50% over last year’s total of nearly half a million. It put more than 627,000 vehicles in customer hands through the first nine months of the year. The company’s relatively small size—and increased demand for electric vehicles—has made it easier to sustain rapid growth. It also gave priority to getting vehicles to customers, even if they are missing a few parts.

Mo Siddiqui, who lives in Hamburg, Germany, said he received a text message from Tesla earlier this month advising him that, due to supply-chain problems, the roughly $70,000 Model Y compact sport-utility vehicle he had purchased might be delivered without some USB ports or wireless phone charging capability.

Mr. Siddiqui was able to schedule the vehicle to be retrofitted within two weeks of picking it up. "I can live with that," he said.