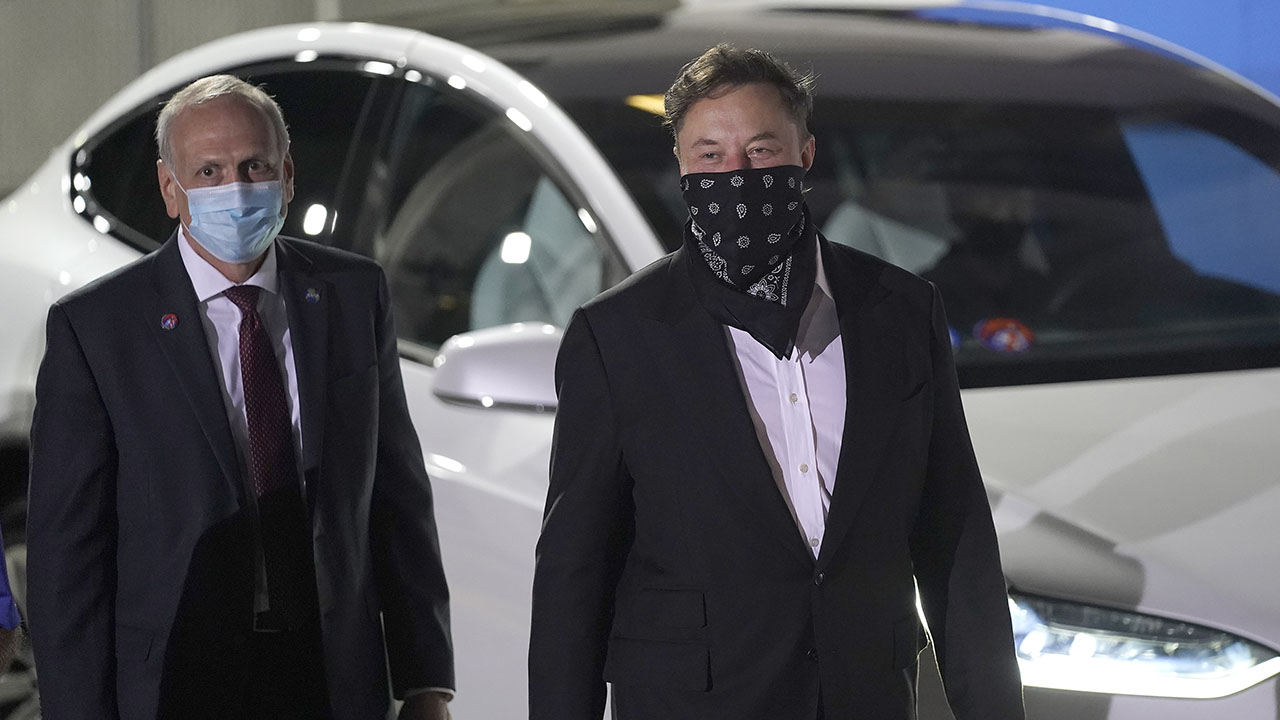 Billionaire Elon Musk said Friday that he believes the world is at the dawn of a new era of space exploration.

In a news conference following the successful launch into orbit of SpaceX's second crew rotation on a commercial spacecraft mission -- the SpaceX Crew Dragon Endeavour spacecraft -- Musk told reporters that he was proud of the SpaceX team and honored to be partnered with NASA, the Japan Aerospace Exploration Agency (JAXA) and European Space Agency (ESA).

Musk said he was "thrilled to be part of human spaceflight" and looks forward to going beyond Earth orbit to the moon and Mars and helping to make humanity a "spacefaring civilization and a multi-planet species one day."

Nevertheless, the SpaceX founder admitted that he could not sleep on Thursday night.

A SpaceX Falcon 9 rocket with the Crew Dragon space capsule lifts off from pad 39A at the Kennedy Space Center on Friday, April, 23, 2021 in Cape Canaveral, Fla. (AP Photo/Brynn Anderson)

"Fortunately, we've got a great team and we're really proud of the incredible work that the team has done in partnership with NASA," Musk said.

"I suppose it gets a little bit easier, but it's still pretty intense, I have to say," he said at the post-flight news conference.

"It's hard to believe we're here doing this, quite frankly," Musk added. "It feels like a dream."