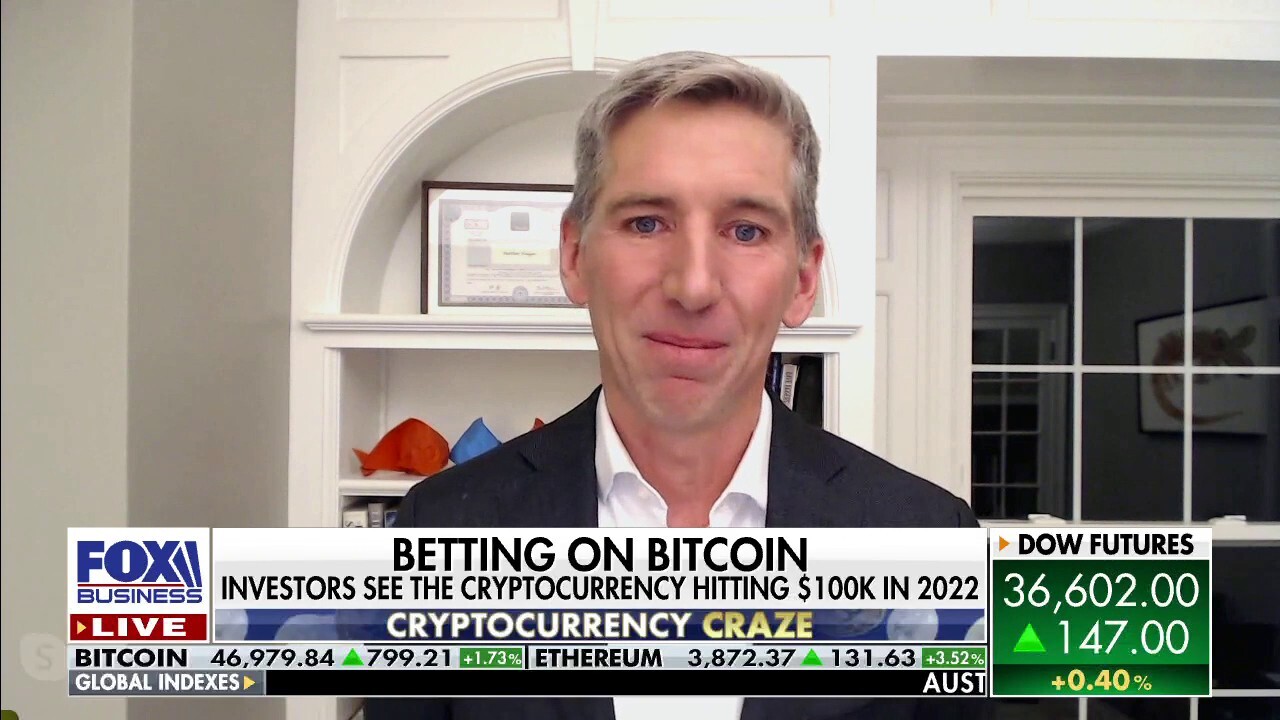 Bitwise Asset Management CIO Matt Hougan discusses the U.S. recognizing bitcoin as a competitor to the dollar, arguing the government will have to "play along" with the digital currency, "whether they like it or not" during an appearance on "Mornings with Maria" Tuesday.

MATT HOUGAN: Long term look short term. The role, as I mentioned, is Bitcoin as digital gold. And just like the government hasn't touched the gold market for 80 years or so from banning of ownership, I don't think they're going to do anything in Bitcoin. Long term, I think the world is going to want an apolitical currency rail.

People are going to want it to be a political tool for international trade. I think Bitcoin could fill that role, so whether the government likes it or not in the US. I don't think they're going to have the ability to stop it just because China banned it.

I think Bitcoin has escape velocity. I think it's beyond the ability of the US government to clamp down. Whether they like it or not, I think they're going to have to play along with it. And my hope is that the U.S. recognizes that this is a massive tool of economic growth and actually gets on the right side of history, supports the efficiency and the new opportunities that Bitcoin and crypto opens up. So that's what I hope to see happen in a year or two ahead.