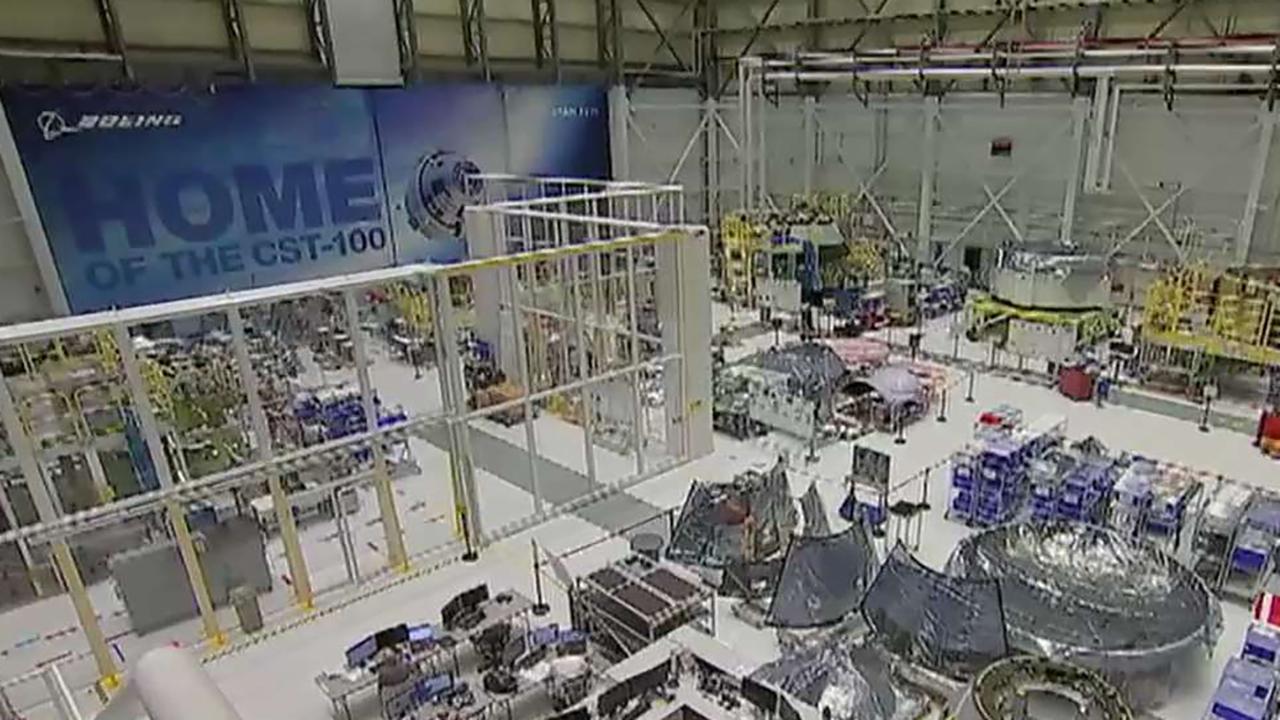 Starliner capsules are hoping to carry astronauts to space and back by the end of the year; Phil Keating reports from the Kennedy Space Center in Cape Canaveral, Florida.

Boeing is expanding its business of travel beyond 30,000 feet.

In a partnership with NASA, the airline company is working to help the agency get American astronauts destined for the International Space Station safely into the thermosphere with its new CST-100 Starliner - which is a capsule.

Launchpad testing is expected to begin by August.

Boeing hired its first corporate astronaut to travel to the ISS in its CST-100 Starliner. (Courtesy Boeing)

The company's rival - private-space company SpaceX - recently suffered an explosion with their own capsule testing.

NASA CFO SAYS THE AGENCY INTENDS TO GET BACK TO THE MOON BY 2024
NASA ALLOWING COMMERCIAL TRAVEL TO INTERNATIONL SPACE STATION, BUT IT WILL COST YOU

Watch the video above to hear how Ferguson is getting ready for launch.