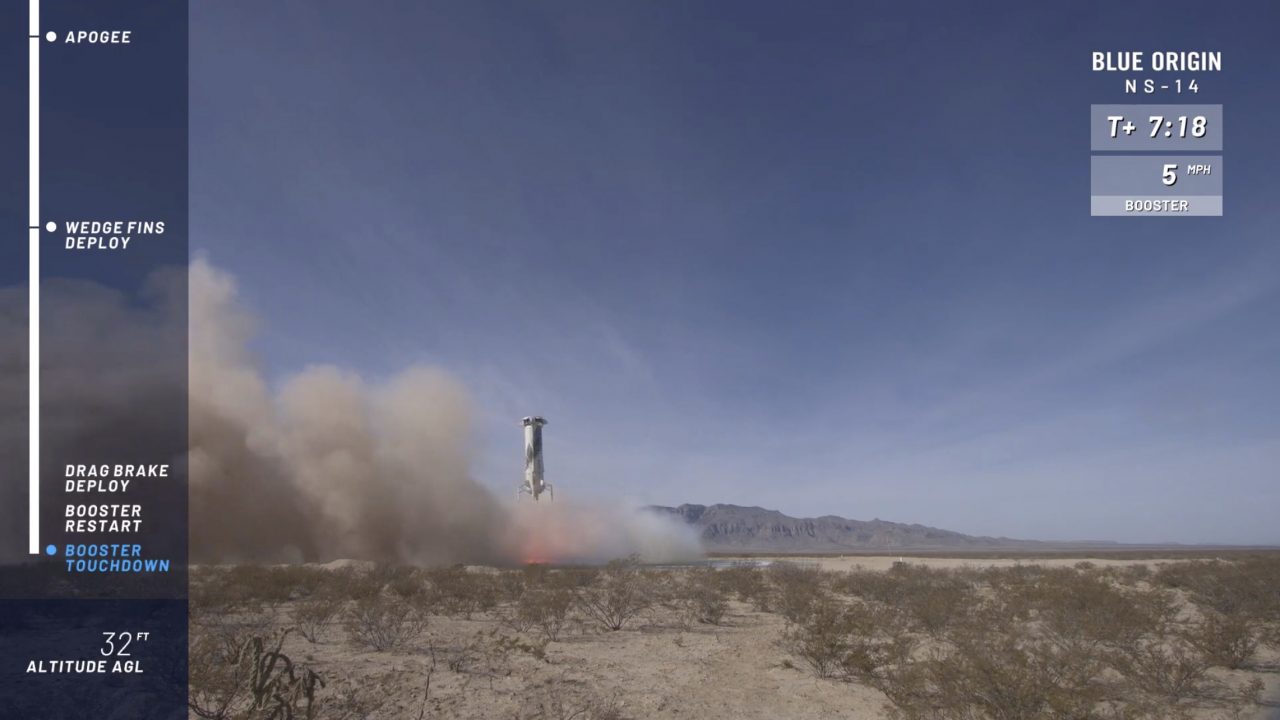 Blue Origin, the space exploration company co-founded by Amazon CEO Jeff Bezos, is getting ready to start passenger flights as soon as this spring, according to one media report.

Thursday's test of the New Shepard rocket was one of the "last remaining steps" before a crew is flown into space. The test flight, the fourteenth of the New Shepard, was the first of two "stable configuration" test flights, with the second – which will include loading and unloading crew – to happen by late February.

In this image from video made available by Blue Origin, the company's New Shepard rocket lands after a test flight in West Texas on Thursday, Jan. 14, 2021. (Blue Origin via AP)

If both tests prove successful, a crewed flight could happen as soon as early April, according to CNBC, which first reported the news.

In this image from video made available by Blue Origin, the company's RSS First Step capsule uses parachutes for landing after a test flight in West Texas on Thursday, Jan. 14, 2021. (Blue Origin via AP)

Regardless of the timing, Blue Origin will eventually launch paying customers to altitudes over 340,000 feet in zero gravity for several minutes, before returning them to Earth.

The news comes after Blue Origin tested its New Shepard spacecraft on Thursday.

It was the 14th flight to the fringes of space for a New Shepard rocket. The first was in 2015.

The company tweeted an image from the launch, which it called, "successful."

“The success of this flight puts us one really big step closer to flying astronauts,” launch commentator Ariane Cornell said from company headquarters in Kent, Wash. “There’s going to be a lot of fun ahead in 2021.”

Thursday's test flight had a number of upgrades, including microphones and push-to-talk buttons for the six seats, as well as wall panels to muffle engine noise, a safety-alert system, and temperature and humidity controls.

In September, Blue Origin made its 13th trip to space using a reusable New Shepard rocket for a record-breaking seventh time.

Bezos founded Blue Origin in 2000 and has funded the firm in part through sales of his personal Amazon stock holdings in recent years. The firm is considered a direct competitor to Tesla CEO Elon Musk’s private space initiative, SpaceX.