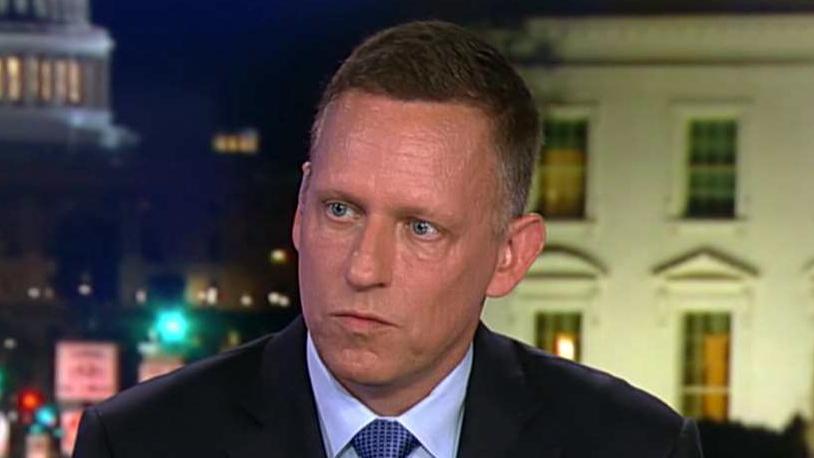 The billionaire tech venture capitalist wants the search giant to come clean when it comes to China.

Peter Thiel, the billionaire founder of PayPal and Facebook board member, told Fox News’ Tucker Carlson that he would like Google’s CEO Sundar Pichai to answer three questions about the tech giant's relationship with China, if he had the chance to ask him.

“I would say answer my three questions.  How many foreign intelligence agencies have infiltrated Google?  Have the Chinese, in particular, infiltrated?  And why are you working with Communist China and not the U.S.?  What is the reason you’re doing that?” Thiel told Carlson in an exclusive interview on Monday.

How many foreign intelligence agencies have infiltrated Google?  Have the Chinese, in particular, infiltrated?  And why are you working with Communist China and not the U.S.?  What is the reason you’re doing that?”

The interview came after Thiel, who was an early supporter of President Trump, said on Sunday that the FBI and CIA should investigate whether Chinese intelligence has infiltrated Google while slamming the tech giant’s “treasonous” links to China. Theil made these remarks at the National Conservatism Conference in Washington, D.C. on Sunday.

Carlson also noted that the questions Thiel raised, while important, are somewhat obvious and Thiel explained the role the agencies would play or are possibly playing already.

Following Thiel's remarks on Sunday, Google reiterated that it does not have any dealings with the Chinese military. The company said Thiel’s allegations are false, but did not elaborate on the situation. Google representatives declined further comment.

Google shares were little changed on Monday and have gained 9.6 percent this year.