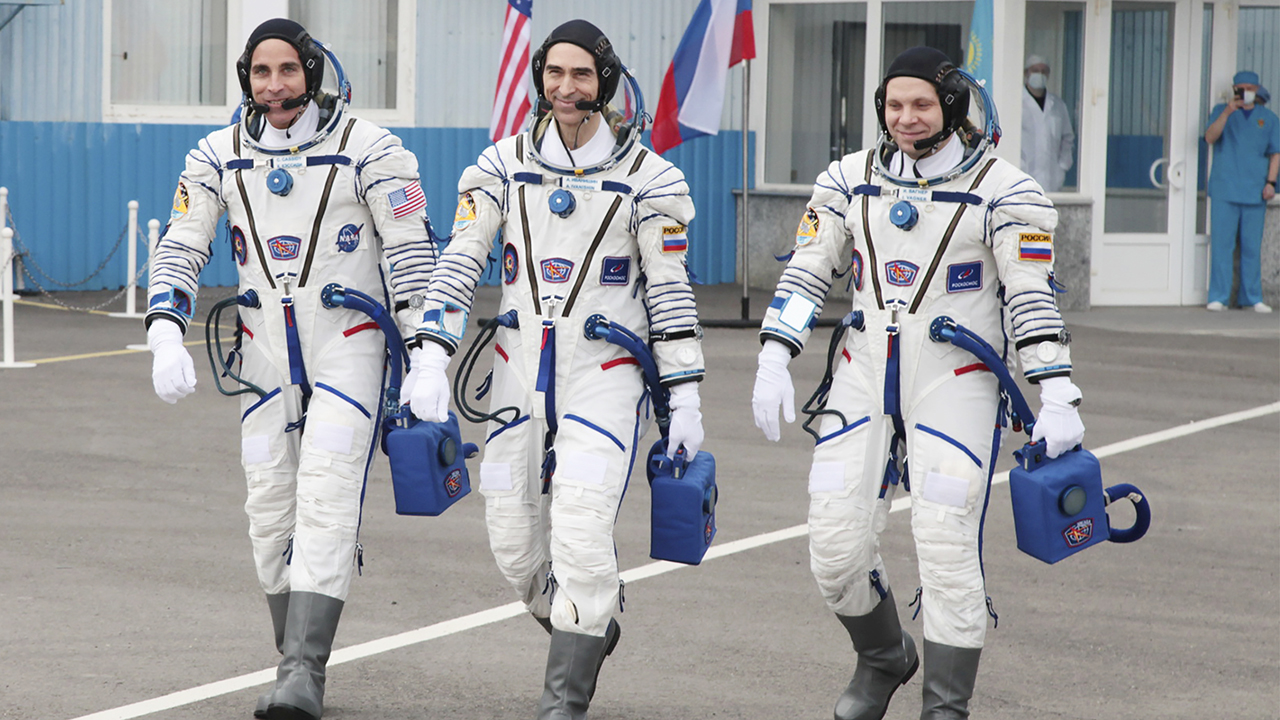 Three astronauts blasted off to the International Space Station on Thursday morning despite changes in protocol due to the novel coronavirus pandemic.

Astronauts quarantined for two weeks before takeoff, which is "standard procedure" for NASA called Health and Stabilization, the administration's TV station reported while recording the event live.

"This process ensures that they aren't sick or incubating an illness when they get to the space station and is called 'health stabilization," NASA said in a March statement regarding its COVID-19 procedures.

The NASA TV host added during the livestream that the crew was "safe and healthy" before takeoff.

"Today's launch is pretty notable for several reasons," the host said during the live event. "The first being that this crew underwent their final weeks of spaceflight preparations during ... the COVID-19 pandemic."

The host added that NASA personnel had been "trimmed down to just the bare necessities," and that the administration and its partners are "always taking steps to prevent the crew from getting any sickness or illness."

Astronauts have been living on the International Space Station continuously since 2000.