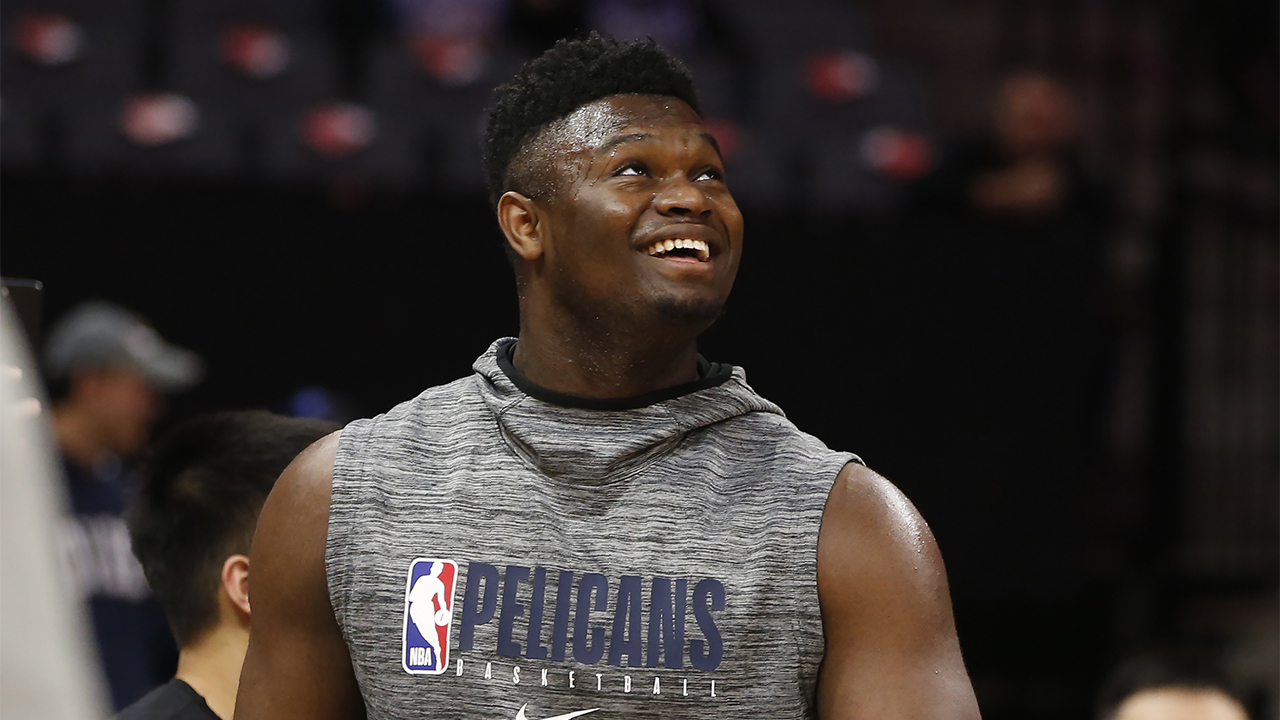 Not only has Pelicans superstar Zion Williamson taken the league by storm during his first year in the NBA, but his rookie trading cards have been a driving force in the recent surge in the market as well.

Panini America’s National Treasures are some of the preeminent products that come out in the NBA, and in terms of sales, they generate some of the most eye-popping numbers for rookie cards.

Williamson, the No. 1 overall pick in the 2019 NBA Draft, has a National Treasures card with the NBA logo from a jersey embedded in it, as well as Williamson’s autograph. Blowout Cards has offered to pay a $500,000 bounty for the “Logoman” version of Williamson’s Rookie Patch Autograph, which is currently hiding somewhere in one of the thousands of hobby boxes across the world, according to Panini America Vice President of Marketing Jason Howarth.

“I haven’t heard that anyone has found that card yet,” Howarth told FOX Business on Wednesday. “But it’s possible that they could be holding onto it or negotiating with that company on the bounty.”

Howarth, who has been working with Panini America for 10 years, joined the company right when it entered the United States market. Panini, which has been in business for over 60 years, is predominantly known around the world for its stickers, but in 2009, it came into the U.S. market and bought Donruss Trading Cards in Texas, and won the exclusive license for the NBA, and it has been the exclusive trading card partner for the league for the last 10 years. Panini America is also exclusive with the NFL and NASCAR, among other sports as well.

Rookie cards are what tend to drive the trading card category. So, according to Howarth, Panini America is very engaged with rookies early on, and they are already well underway in the process of locking up exclusive deals with rookies for the NBA 2021 draft class.

“There’s always this desire to go out and get as many of the rookie cards as you possibly can because you can end up getting guys who you think are going to be great, that end up not turning out so great. And then you have guys you have zero expectation for, and they end up turning out great,” Howarth said.

Howarth talked about the rise of Golden State Warriors superstar Steph Curry, and when he came out from Davidson, everyone loved what he did in the NCAA Tournament, but nobody thought that he would turn into the player that he is today. Another situation Howarth recalled was about former New York Knicks player Jeremy Lin, who actually went undrafted in 2010. Lin’s rookie cards initially sold between $1 and $3 in high-end brands like National Treasures, but when “Linsanity” happened a few years later, those cards were on fire, Howarth said.

Right now, Williamson’s stock is as high as ever. To some, he’s already crowned as the next face of the NBA, hence the outrageous bounty for his ultra-rare rookie card. Right now on the Blowout Cards website, boxes of National Treasures are going for over $4,000 each. So if you’re in the market to try and get lucky, you’re going to have to spend big bucks as well.

“To see cards of guys that are just playing their first year in the league, selling for those numbers, it’s amazing,” Howarth said. “It’s incredible to think about it. That’s what’s so intriguing about these rookies.”