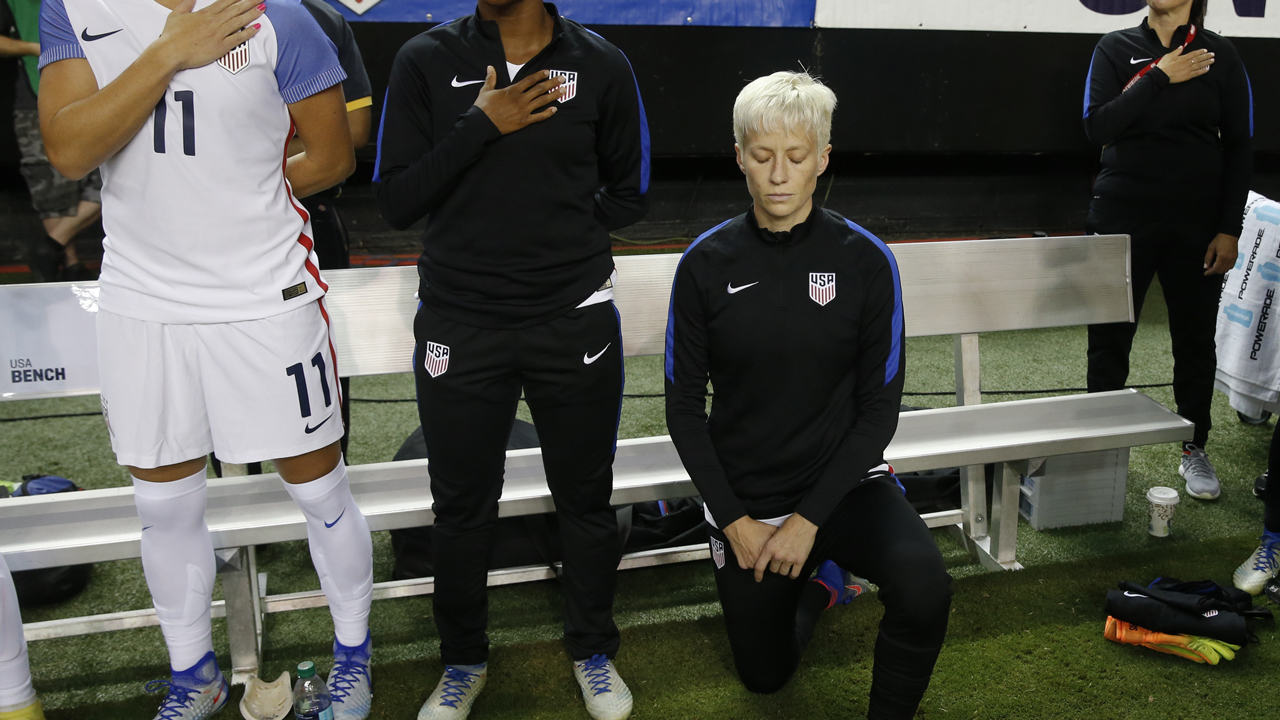 As the MLB, NBA and NHL work toward reopening, DraftKings co-founder and CEO Jason Robins explains how sports fans are reacting to the world slowly returning, even if they aren't allowed in the stands.

U.S. Soccer will reportedly meet Tuesday to discuss repealing the ban on kneeling during the national anthem.

Concerns came as protests against racial injustice and police brutality engulfed the U.S. in wake of the death of George Floyd, the Minneapolis man who died in police custody on May 25 after an officer kneeled on his neck for more than 8 minutes in a moment caught on cellphone video.

The U.S. women’s soccer team released a statement Monday calling on the federation to repeal the ban and acknowledge it was wrong.

“Further, we believe the Federation should lay out its plans on how it will now support the message and movement that it tried to silence four years ago," the statement said. "Until USSF does so, the mere existence of the Policy will continue to perpetuate the misconceptions and fear that clouded the true meaning and significance of Colin Kaepernick, Megan Rapinoe and other athletes taking a knee—that Black people in America have not been and continue to not be afforded the same liberties and freedoms as white people and that police brutality and systemic racism exist in this country.”

The policy was enacted after Megan Rapinoe became one of the first white athletes to follow in Colin Kaepernick’s footsteps to kneel during the national anthem as a form of protest. The U.S. men’s soccer team had also condemned the policy, according to BuzzFeed News.

While Rapinoe didn’t kneel during the anthem after the ban, she vowed never to place her hand over her heart as “The Star-Spangled Banner.” She also told Yahoo Sports last year she would probably never sing the anthem again.